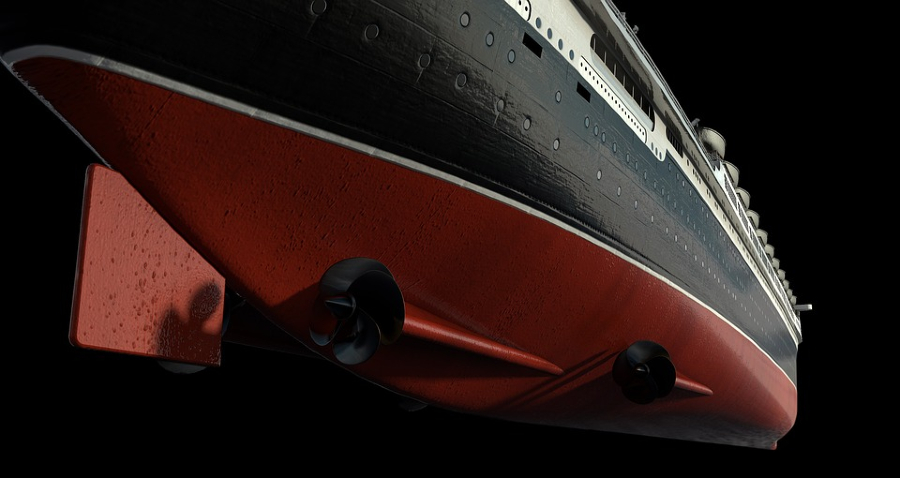 There has been so much news forthcoming regarding engines and propulsion systems lately that we are spoilt for choice. Probably the biggest topic lately has been emissions and their reduction or elimination. So, short of converting universally to nuclear power or moving to Norway, Sweden, Iceland, New Zealand or Tasmania, for example, where hydro-electricity or nuclear are constantly available, we’ll have to be satisfied with reduction.

There are lots of available solutions to the reduction problem. We can use our vessels less; go slower; develop more efficient hull shapes; keep their bottoms clean; use more efficient engines; accelerate more gradually; operate at the most economical power settings; or adopt some kind of technical intervention such as scrubbers.

I tend to smile sardonically when I see the latter solution being recommended. Indeed, it is being demanded on certain classes of ships by IMO. Of course, IMO is renowned for being sucked in to promote expensive, complex, and not very effective solutions by their manufacturers or other advocates.

You would think IMO might have learnt its lesson after the failure of most of the expensive and complex technical solutions advocated for the problem of Ro-Pax ferry bow doors. In the end, many Greek ferry owners, among others, solved the problem largely by the simple and inexpensive expedient of welding their bow doors closed and waterproof! A simple and very effective solution to an almost entirely human error problem.

Now, of course, IMO has been persuaded to demand the fitting of heavy, performance-robbing and, naturally, expensive scrubbers to many classes of ships. This reminds me of the emission control systems for cars that were made compulsory in many places in the mid to late 1970s. Apart from the fact that most such devices were surreptitiously disconnected during the car’s first service, they made the engines less efficient and they consumed more fuel.

As we now know, the most effective anti-pollution measure was subsequently enforcing the removal of lead from petrol. That was simple and very effective.

From my experience and observation, engine and propulsion system manufacturers constantly strive to improve the performance of their products in every sense including reducing fuel consumption and emissions. That, after all, is what their customers want and demand.

We are being advised that hybrid is the way to go. A naval architect I spoke with recently told me that ferry and tug owners are frequently asking about hybrid propulsion systems for their new vessels. He sagely commented that, unless you can plug directly into a nuclear or hydro-electric generated electric power source, that solution is both expensive and pointless.

To generate the power required to propel your vessel, you have to use your diesels somewhere to charge your batteries. So, at considerably greater cost, all you are doing is “kicking the emissions can down the road”. Hybrid achieves no net emissions benefit. Its use simply moves the emissions slightly to another, not very distant, part of the planet.

So, we return to the removal of lead from petrol solution. I recall that the oil companies wailed that would be “the end of the world as we know it” when the measure was introduced. Most countries provided a 10- to 15-year changeover period that passed notably quickly and smoothly. Our environment improved dramatically as a result.

I believe we could do the same with heavy oil and other more noxious marine fuels. If the world wants fewer emissions, it is going to have to pay for that environmental improvement. For a levy of a couple of dollars per container or tonne of oil carried, the “man or woman in the street” would scarcely notice the increase in the cost of goods they buy if currently used fuels were replaced with much cleaner ones. After all, the band-aid solution of scrubbers is also expensive, so shippers will be paying for that temporary and less effective solution anyway.

It is obvious that marine engine manufacturers are constantly improving the fuel consumption and cleanliness of their engines while their propulsion system counterparts improve the efficiencies of their propellers or waterjets. So too are naval architects with hull shapes and weights. I believe that such “organic” improvements will be much more beneficial in the long term than IMO enforced temporary technical solutions such as scrubbers.


– “The…engines offer a cleaner engine without compromising on power, and up to 25 dB noise reduction.”

– “Calculations done in the system will also ensure that the charging power is adjusted to transfer only the needed energy.”

– “European survey suggests that proposed greenhouse gas regulations could reduce global ferry passenger and freight capacity by more than 50 per cent as early as 2023.”

– “As the technology becomes more widespread, we then can expect to see economies of scale drive costs down further.”

– by Hieronymus Bosch, anonymous commentator and Baird Maritime’s insider in the world of offshore oil and gas operations


– “The TCT series is specifically optimized for Tier III operation, and suitable for both conventional and dual-fueled, two- and four-stroke engines in both marine and power applications.”

– “The start-up’s long-term plans are much broader, encompassing emerging markets in other continents such as in island-rich South-East Asian countries like Indonesia and the Philippines.”

Any news or views about the global engines and propulsion systems sectors? Send it through to [email protected] ASAP (between now and October 23), so we can add it to this current edition of MEPS Week!