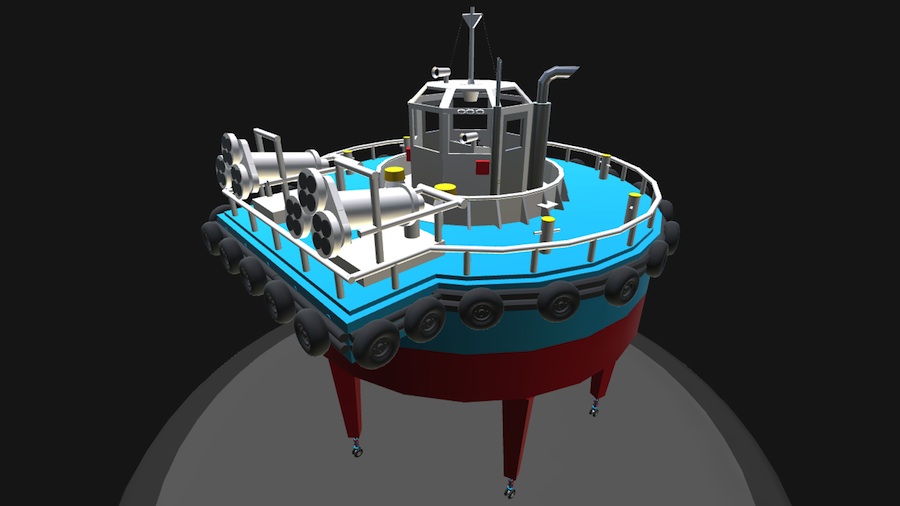 A recent short article in Seaways, the journal of the Nautical Institute, sang the praises of having a positive attitude towards change. The author, Tom Feakins MNI, pointed out that some people thrive on change while others find it challenging and stressful. He rightly pointed out, however, that the current Covid-19 crisis will inevitably force change, and some of us will find it easier to cope with depending on our mindsets, which can range from “fixed” to “growth”.

A fixed mindset means you are more difficult to convince that change is inevitable or positive, and for the benefit of the ship and crew. Such people tend to blame mistakes on other people, and attempt to hide them or avoid discussing them. They avoid challenges, back down in the face of adversity, and are threatened by the success of others.

Features of the growth mindset, on the other hand, include being intrigued by change and not afraid to ask questions, embracing opportunities to grow, and treating mistakes as learning points rather than failures. Such people embrace challenges, are persistent in the face of adversity, believe effort leads to mastery, and are inspired by the success of others.

Dare I suggest that Mr. Feakins is letting his bias show? Notice how change is not questioned – it is inevitable, positive and beneficial. And anyone who does not like it is a cowardly, devious person who resents successful individuals. Such neanderthals might as well be drowned at birth, judging by this account. Even the labels “fixed” and “growth” have quite different connotations, with one much more positive than the other.

Biases seem to be creeping in to almost everything I read these days. Consider my favourite object of scorn, the BBC, and their reporting of riots around the world. In Hong Kong a few months ago, where rioters barricaded themselves on a university campus, showered the police with bricks and Molotov cocktails and shot one policeman with an arrow, the BBC told us:

“Police in Hong Kong have surrounded the city’s Polytechnic University where several hundred pro-democracy activists have taken refuge. Some of the protesters say they are now trapped by the police after a night of clashes in which tear gas and water cannon were met with volleys of bricks and petrol bombs. The activists had earlier set the main entrance on fire when officers tried to force their way in.”

Contrast this with their reporting of the recent riots in the USA following the tragic death of Mr. George Floyd in police custody. In Chicago, they told us:

“Mayor Lori Lightfoot imposed a 21:00 to 06:00 curfew until further notice, saying she was ‘disgusted’ at the violence. ‘I’ve seen protesters hurl projectiles at our police department… bottles of water, urine and Lord knows what else,’ she said. In Atlanta, protesters remained on the streets after the curfew began, damaging property and vehicles. Dozens of arrests were made.”

Do you see the difference? In Hong Kong, where the nasty old government is pro-China and the rioters are freedom fighters, it is the police who instigate the violence by using tear gas and water cannon, and the poor freedom fighters who are forced to respond with bricks and petrol bombs.

How fortunate that they just happened to have a few Molotov cocktails with them when they left home for their peaceful protest that day. Incidentally, when the rioters were finally rounded up, they left behind over 4,000 unused Molotov cocktails – a small percentage of the number they actually used against the police. Poor little lambs.

Now compare this to the American reports, where most of the rioters and the victim were black, where the police appear to have used rather a lot of force on an unarmed civilian, but the violence is “disgusting”.

America, of course, is a democracy, whereas China is not. But guess which of the two countries I prefer to live in?

Reverting from bias to attitudes to change, most regular readers will probably imagine I am firmly in the “extremely fixed mindset” group, since I regularly complain about the premature introduction of ECDIS and lambast all talk of autonomous vessels, but I beg to differ.

I think Mr. Feakins is not only biased, but wrong. He is wrong because he accepts all change as good and inevitable, and he is wrong because he says people like me avoid challenges and back down in the face of adversity. I spent over 20 years in the salvage business, for goodness sake!

I would agree that there are two types of people, with numerous other types between the two extremes, but in my view the polar opposites are the people like Mr. Feakins who accept all change because it is change, and the people like me who want change to have some practical benefit before they embrace it.

I have applauded many changes and innovations in the towing industry since I first drove a tug some thirty-five years ago, including ship docking modules, rotor tugs, Carrousel-Rave tugs, Eddy tugs and Giano tugs, but they all have one thing in common – they were designed and built by people who knew what they were doing, and they were extensively tested before coming into service.

This crucial difference might be termed “intelligent change”, and there is another example making the news at the moment – a small, round tug called Ume Maru. When photographs first surfaced, nobody was quite sure what it was because there had not been any publicity outside Japan, yet it turns out to have been awarded a “ship of the year” nomination by a Japanese organisation four years ago, and appears to have been working in a Japanese port ever since.

Essentially, Ume Maru is a small, circular hull with a single azimuthing thruster and what appear to be suckers on what appears to be the bow. The idea is to place the vessel against the hull of a seagoing ship, where it sucks itself securely alongside and can provide thrust in any direction. It also has a couple of towing hooks for pulling.

Apparently, the idea is to attach an azimuthing thruster (or a series of thrusters, presumably) to a ship in order to manoeuvre it safely and simply on or off the berth. The idea will eliminate towlines and, in Japan where they generally have four-man crews, cut manning in half.

The blurb says the thruster is controlled by a single joystick, just like the ones you can buy for video games, so perhaps I should point out to anyone who thinks I have a fixed mindset that we have been fitting single joysticks to tugs in Hong Kong since 1986! Plus ça change…

Other benefits which are claimed for the new tug are ease of training and the fact that it will help combat the labour shortage due to ageing populations, because it requires only a small crew.

Of course I have some reservations about the new design. It appears to be unsuitable for exposed waters, unless the suckers are stronger and more flexible than they look, and it appears to be a miniature prototype, having a circumference of only eight metres and a mere 10 tonnes bollard pull. I am also concerned that it has been in development for rather a long time, which might indicate teething problems but could also reflect the traditional, conservative approach in Japan – they are unlikely to announce it with great fanfare unless they are absolutely sure it will work perfectly.

And that, to me at least, is the essence of intelligent change – rigorous testing, extensive trialling, and eventual introduction when all the bugs are ironed out. Well done, Japan, and we hope to welcome your ugly little tug soon.

Eat your heart out, ECDIS! Kiss my Madras, autonomous vessel! This is how you do it.

Before I go, readers are advised not to use the word “umemaru” in mixed company. It has another meaning that might cause polite Japanese eyebrows to be raised, but I will leave you to research that one!