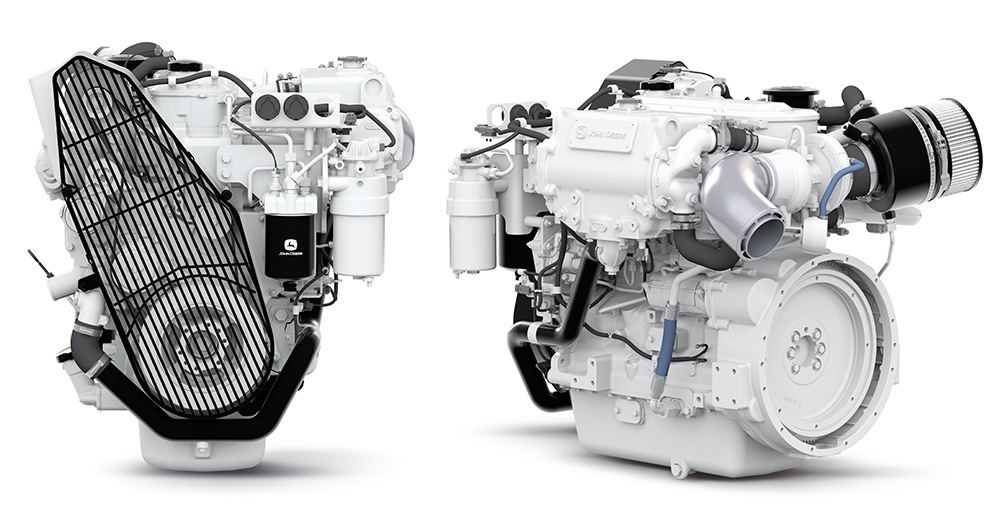 Following an announcement by John Deere Power Systems on October 2018 in Waterloo, Iowa, the new PowerTech 4045SFM85 marine engine is now ready to ship to customers worldwide, including Australia, New Zealand and the South Pacific region.

The new 4045SFM85 offers high power-to-weight ratio for re-powering and new boat construction, and is ideal for planing and semi-displacement hulls. The engine uses a waste-gated turbocharger that provides more torque capability at the low and middle rpm range, which is most notable during vessel acceleration, and features replaceable cylinder liners, making it possible to rebuild the engine for extended service life.

The low-profile heat exchanger reduces overall height by 4.3cm from the 4045SFM85, and the water-cooled exhaust manifold creates a cooler and quieter environment for both passengers and crew.