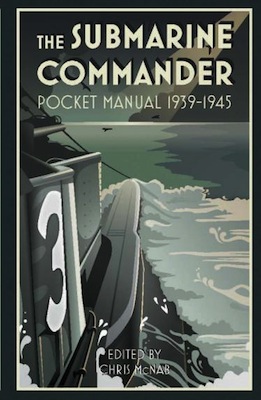 Your reviewer has known and talked with two of Britain’s better-known submarine captains of World War II. They were very interesting men and more Nelsonian or Cochraneish in their approach to warfare than many of their surface navy counterparts except, of course, their MTB and MGB captain brethren. Their philosophy was very much one of “go at ‘em”.

This interesting little book partially explains why that was so. It is an edited compilation of a number of official submarine training publications that were released at the conclusion of the war. There is no doubt that submariners were brave, their war losses were horrifying. Equally, there is no doubt that they were especially effective.

The next major war will undoubtedly be very different from the last but this would be a very useful primer to be read by anyone with an ambition to command a submarine in the next one. It will also be of considerable interest to any naval history enthusiast.