Thanks to her operational flexibility, Magni can be used for harbour and terminal (un)berthing operations, escort operations, coastal towage operations and fire fighting operations. She replaces a smaller Damen tug of the same name built in 2006.

Magni will operate across a number of Icelandic ports. An increase in the number of cruise vessels visiting the country, as well as general shipping traffic, has made a powerful tug increasingly necessary.

With the brief being for a reliable, high quality tug with 85-tonne bollard pull and fire-fighting capability, Magni is 32 metres long, 12 metres in beam and is equipped with two 2,025kW main engines (a total of 6,772 horsepower).

The towing capacity of the tug is 85 tonnes forward and 84 to the rear, which is equal to the towing power of the combined existing Faxaflóahafnir tug fleet, comprising four vessels.

Magni is a highly manoeuvrable, high performance, environmentally friendly tug of modern design. The long distance between the towing point and the stern rudder propellers results in good manoeuvrability.

As a harbour and terminal tug, Magni is equipped with a forward rendering-recovery winch. The winch is a proven system to support offshore towing and escort operations in the toughest conditions. It works by preventing the peak loads that can occur in the towing wire in rough conditions, which can result in breakages. This is accomplished by rendering speeds of up to 80 metres per minute with line force of 100 tonnes and recovery speeds of up to 40 metres per minute with a line force of 30 tonnes.

Giving or taking a rope is simplified as the tug can go forward all the way up to the vessel to be towed, give or take a rope, and then pull away.

Magni features a large freeboard and more pronounced V-shape in the lines of the fore ship in combination with a raised forecastle deck to ensure a relatively dry working deck.

She is prepared for the SCR/IMO Tier III system, giving Faxaflóahafnir the possibility of easily upgrading the tug from IMO Tier II to IMO Tier III emission limits, simply by installing additional equipment.

Magni also features a slipping clutch HD, to enable full fire-fighting driven by the main engines, while still remaining in full control of the propulsion power and thrust to manoeuvre the vessel. This saves the need to have a separate diesel engine and the additional maintenance that entails, or in cases of connection with the main engine without a slipping clutch, compromised manoeuvrability.

On the fore deck, a hydraulic double drum rendering-recovery winch is fitted. One drum is used for regular towing duties, and the other is fitted with an identical line and can be used as a standby in case of emergencies. The winch has a brake holding force of 200 tonnes on the second layer.

On the aft deck, between the towing bitt and deckhouse, a hydraulic towing winch is fitted. The winch is driven by a two speed hydraulic motor in combination with a gearbox, and also has a brake holding force of 200 tonnes on the second layer.

A Heila HLM 20-3S hydraulic operated foldable crane is also fitted on the aft deck, with lifting capacity of 1.7 tonnes at 10.56 metres.

In the coming days and weeks, Magni will be switched to the Icelandic flag before crews begin their training with her. 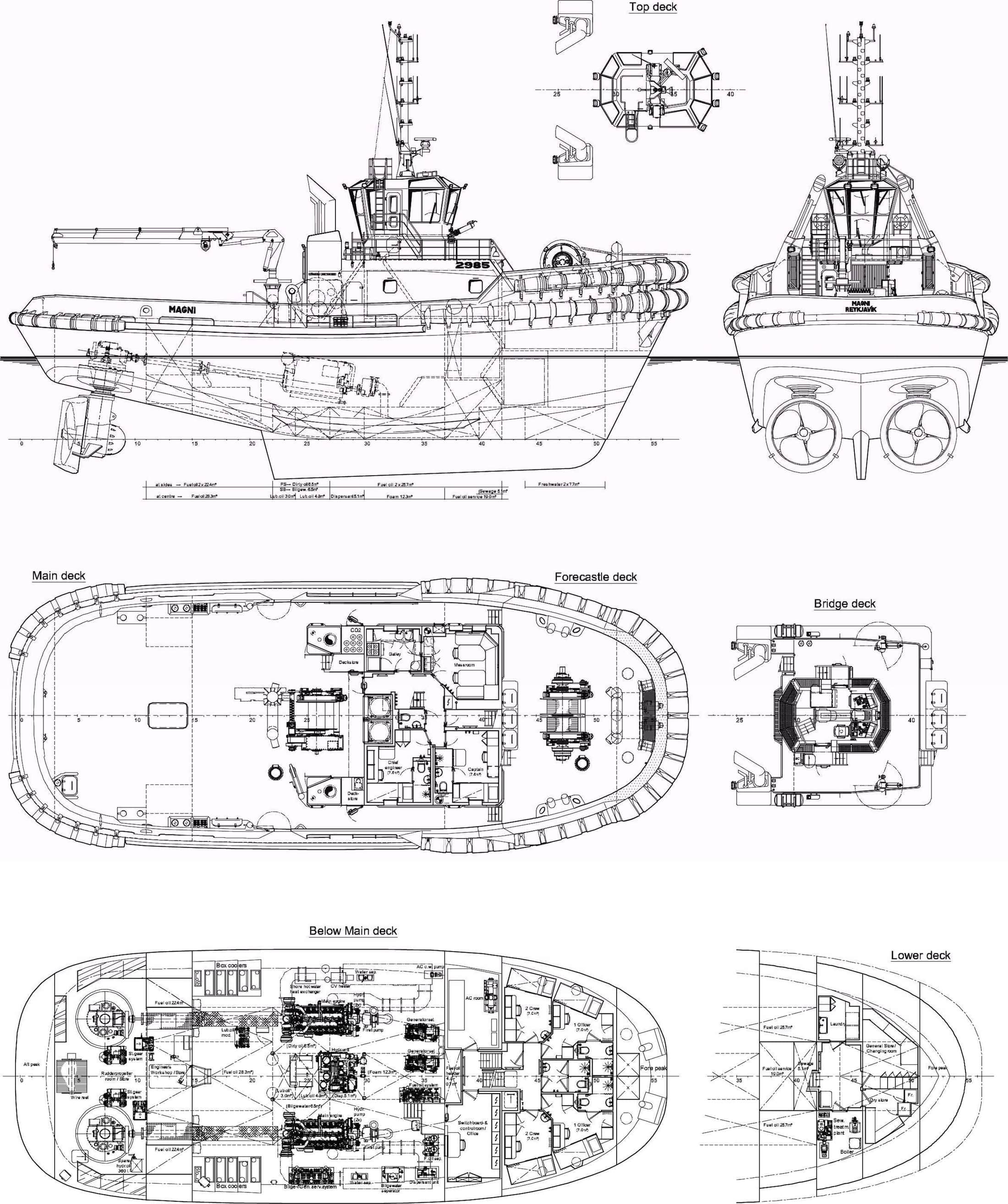