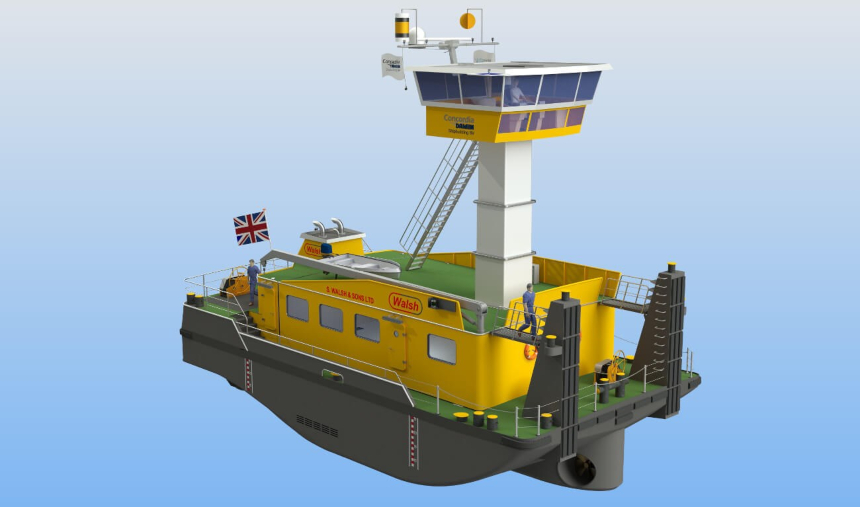 The hull is available in stock at Concordia Damen. Delivery of the vessel will be in the summer of this year.

The 20-metre tug will be used to push barges on the River Thames, transporting huge volumes of bulk freight in and out of London.

On delivery, it will go straight into regular operations by supporting the movement of more than a million tonnes of spoil and materials for London’s Tideway project – a major infrastructure scheme to build a 25-kilometre “supersewer” under the Thames.