On January 11, 2020, Sanmar and Robert Allan Ltd. celebrated the commissioning of the 200th tug built by Sanmar to a Robert Allan Ltd. design. Boğaçay XXXVIII is the latest evolution of a successful RAL design, incorporating the newly developed Caterpillar “advanced variable drive” (AVD) hydro-mechanical hybrid propulsion system. At the time of writing the tug is joining Sanmar’s towage fleet in Izmit Bay, Turkey.

Boğaçay XXXVIII has been painted with a bright green hull and colourful flowers on the deckhouse inspired by Andy Warhol’s “Flowers” print. This regalia, reflective of the changing trend towards reduced environmental impact from tugs is bound to attract much attention in the usually moribund world of tugboat aesthetics.

She measures in with a length overall of 24.40 metres, moulded beam of 11.25 metres, moulded depth of 4.38 metres and maximum draught of 5.40 metres. The vessel is classed by ABS with the notation +A1, TOWING VESSEL, +AMS, +ABCU, UWILD, QR, UNRESTRICTED SERVICE, BP (70 tonnes). 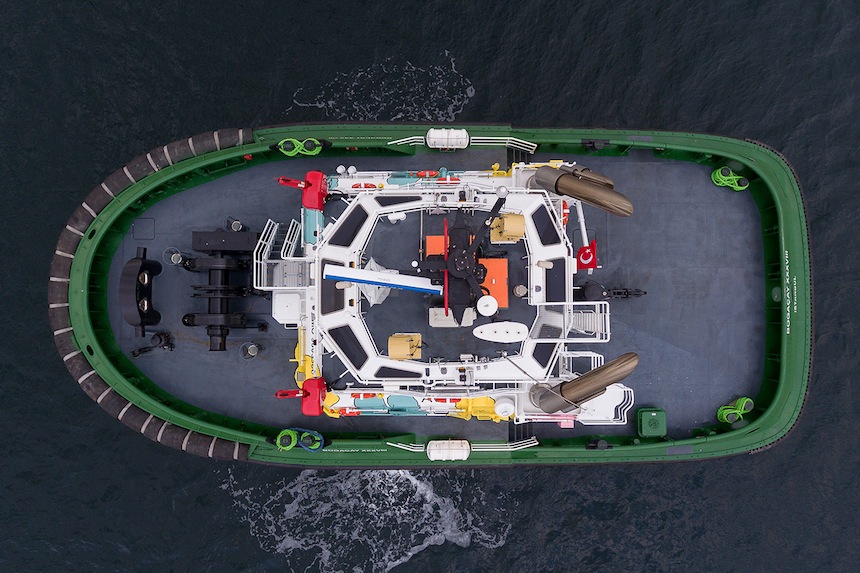 The Caterpillar AVD system consists of a pair of dual input, continuously variable transmissions, located in the shaft lines between the main engines and the Z-drives. The AVDs can accept power from the Caterpillar 3512 main engines, rated at 1,765 kW at 1,800 rpm and/or from two 435 kW hydraulic motors powered by a single Caterpillar C32 auxiliary engine rated at 1,081 kW at 2,100 rpm. The power is delivered to two Caterpillar MTA 627 FP Z-drive units with 2.7-metre-diameter fixed pitch propellers.

A primary advantage of the Caterpillar AVD system is the continuously variable transmission which can modulate propeller speed down to zero rpm like a slipping clutch. It can also spin the propeller up faster than would be possible if the engine was directly coupled to the drive, allowing the engines to operate in their peak efficiency zone instead of operating along the propeller demand curve at higher specific fuel oil consumption, thus resulting in significant fuel savings. With a fixed pitch propeller pitched for bollard condition at zero knots, this feature enables full power to be taken from the engine when free running, much like a CP or DEP system.

“This (AVD system) allows propeller speed independent of engine speed so optimal engine efficiency can be achieved leading to fuel savings of fifteen to twenty percent,” commented Nathan Kelly, Caterpillar Marine Product Definition Engineer. “Basically, all the benefits of a variable speed diesel electric propulsion (DEP) system at a fraction of the cost and size.”

Other advantages include improved response and acceleration as well as lower overall maintenance costs due to significantly reduced operating hours on the main engines.

It is noteworthy that with this system the engines are smaller than would normally be the case in a tug of this power (3512 versus 3516 engines). The additional power to achieve maximum bollard pull comes from the C32 engine, which also drives the Fi-Fi pump. 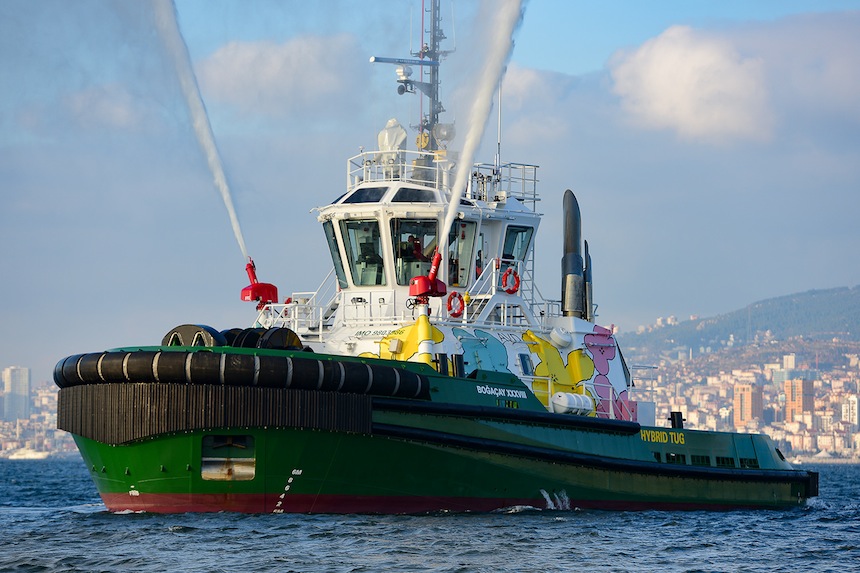 The vessel has been outfitted for a crew of six people. The main deckhouse contains the galley, mess, two officer cabins, and a common WC. The lower deck contains two double berth cabins, a laundry, galley stores, and a common WC space. The wheelhouse provides all round maximum visibility and exceptional visibility to the bow and side fendering. The engine room features a small, sound resistant switchboard room. 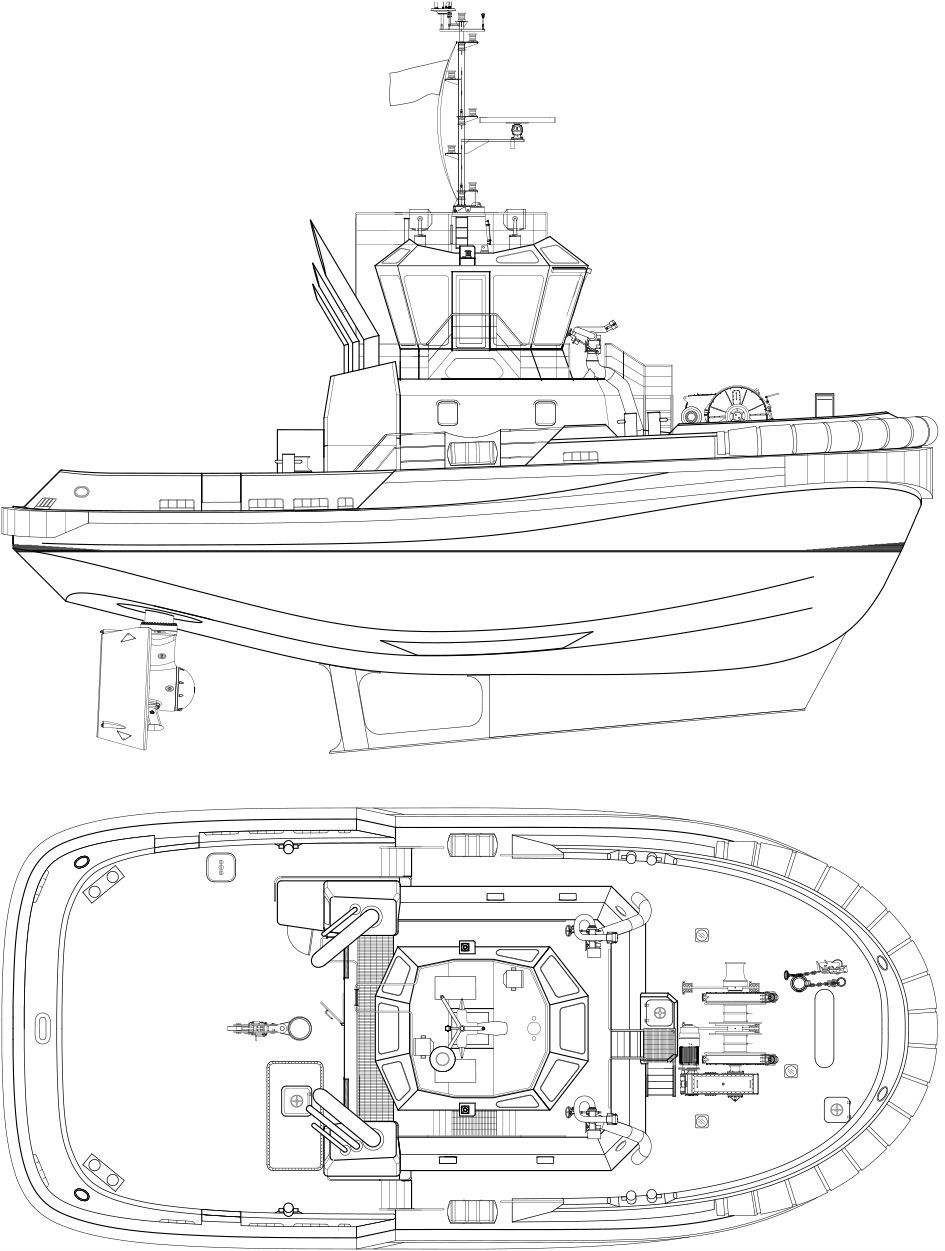