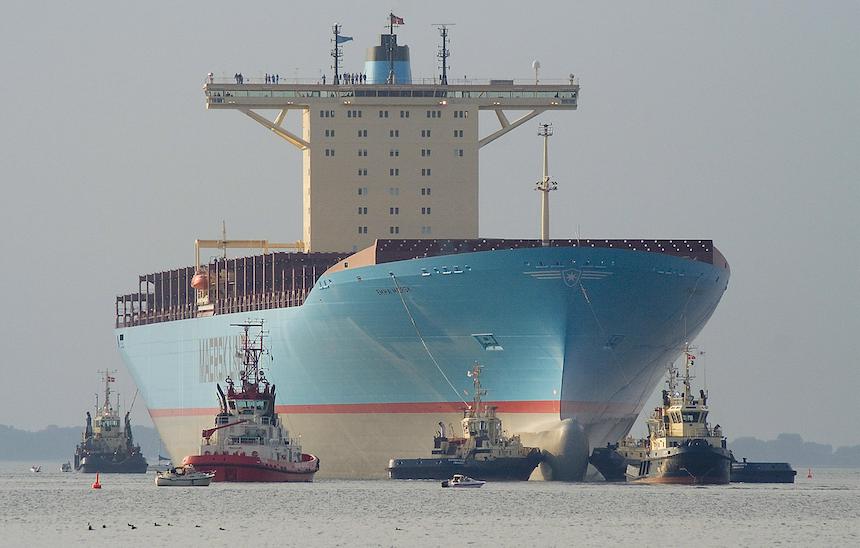 In the last column I discussed the need for port service providers to communicate more effectively. Right on cue, a report appeared in the latest edition of CHIRP’s Maritime FEEDBACK magazine* which illustrates the point I was making.

According to the anonymous reporter, his container vessel regularly calls at a port where they have difficulty taking the tug’s line. The line is bulky, heavy and has a whipping around the eye, which makes it so stiff it can barely be compressed to pass through a panama fairlead.

To add insult to injury, the pilot insists on using a set of bitts that is remote from any winch and the rope is too heavy to be hauled aboard by hand, so the crew are using a small portable winch to assist them even though it is neither approved nor endowed with sufficient grunt.

CHIRP suggested doing a formal risk assessment, finding the use of the lead unsafe and gaining an endorsement from their company, who can then write to the port and veto the use of the offending fairleads for all tugs.

It would have been much easier if the pilot had simply agreed to use a more suitable fairlead, of course, but some people are so set in their ways that they will resist change almost on principle.

“The port…appears to be stuck somewhere in the last century”

Older readers will remember the contortions we all went through years ago to find ropes that would cope with much more powerful modern tugs and the demands placed upon them.

In Hong Kong, after much trial and error, we settled for a 96mm rope that seemed to combine the best qualities of both nylon and polypropylene, with none of the drawbacks.

We always bent on a wire tail, because in those days you could never assume that fairleads or bitts had been properly maintained, so ropes that went on board were soon chafed to destruction. We could order our ropes by the container load from the UK, so we always had sufficient spares, and we thought we had solved the problem permanently.

Needless to say, we were wrong. Pretty soon owners were reducing the size of their crews to counter a downturn in revenue, and we started to receive complaints that our ropes were too heavy for the crews to handle.

Fortunately the rope manufacturers had recently developed HMPE and other modern, lightweight ropes, so we replaced our wire tails and solved the problem for a few more years. Nowadays, HMPE and similar ropes are pretty much universal, but the port in the CHIRP account appears to be stuck somewhere in the last century, and I am sure it is not alone.

Now there are signs of another major leap forward in rope design, although the port we have been considering will probably not notice for several decades. The new development concerns snap back or recoil.

The carpenter on my first ship always carried with him a uniform cap that was cut almost in two. He explained to the youngsters on board that a tug’s wire rope had parted when he was on duty on the fo’c’sle, and the recoil had destroyed his cap while, miraculously, missing his head completely. It gave him a permanent centre parting, but he was otherwise unaffected.

It was a powerful warning about the dangers of working with ropes under tension and as such was an excellent training tool. And for those of you who are chuckling at the ridiculous idea of petty officers wearing uniform caps, I can tell you it was fifty years ago so they did, and even after half a century it is a lesson I have never forgotten.

Now a rope manufacturer in Europe has come up with a design that almost eliminates recoil. The company appears to be concentrating on mooring ropes at this stage, but I expect it is only a matter of time before towlines can offer the same benefits.

To see what I mean, because it might be improper for me to mention the name of the manufacturer, try doing an internet search for a video using the words “rope snap back”, and you will probably find it.

The video begins with a conventional mooring rope looped over a shore bollard, and a supply vessel on the other end pulling until the rope breaks. A number of crash test dummies are scattered around within about 20 metres of the bollard, and when the rope breaks they are utterly destroyed by the recoil.

It is a frightening illustration of the immense power released when a rope parts under tension, and should be shown to all trainees entering the shipping industry and everyone serving at sea. As a training tool I think it would be even more effective than chippy’s uniform cap.

The video then shows the exercise repeated with the new rope design, and the difference is remarkable. All the dummies survive, and the recoil is wimpish.

Sadly, the manufacturers admit the ropes will be slightly more expensive than any existing designs, but if they can save even one life then surely the expense is justified.

I doubt many ship owners or managers will be prepared to spend the money, though – the cost of replacing all their mooring ropes will probably work out more expensive than the occasional dead seafarer.

Nevertheless I am optimistic that prices will come down as other manufacturers start to compete with designs of their own, and within a few years I expect such ropes to be affordable and the range of products to expand to include towlines.

This will be another major step forward in rope design, but it will surely not be the last. It behoves all of us to keep abreast of developments that will improve safety, and there is no excuse for ports like the one we opened with, where they appear to be trapped in a time warp and indifferent to better ways of doing things.

Regular readers will probably accuse me of hypocrisy since I generally malign all forms of new technology, but in my defence I would argue that there is a difference between solving a genuine problem and developing worthless ideas concerning autonomous vessels simply because the technology permits it.

Wishing you all a very Happy Christmas, and a safe and successful New Year – and beware the snap back when you handle the wishbone!

*Declaration of interest – the writer is also editor of Maritime FEEDBACK and a Maritime Advisor to CHIRP.