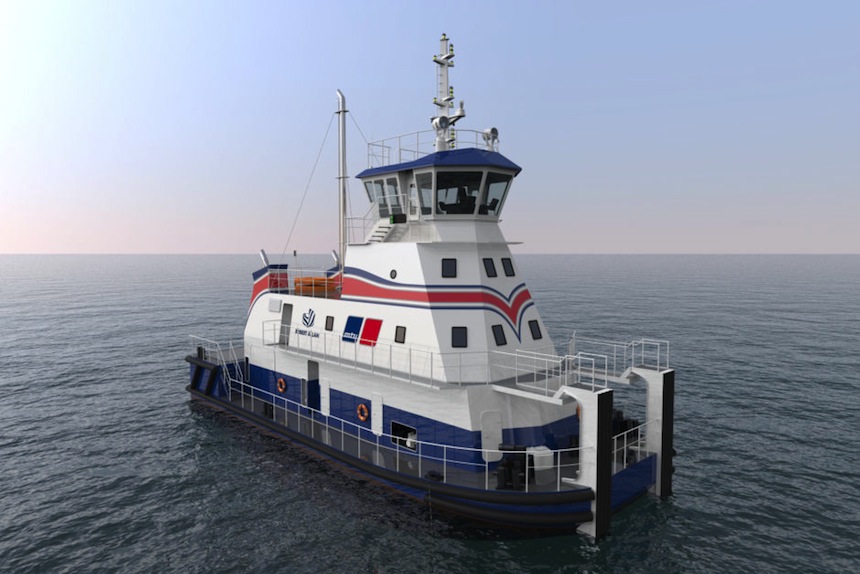 How did the idea for the LNG-fuelled shallow-water pushboat come about? What factors or events convinced RAL and Rolls-Royce to develop such a vessel?

We saw an important growth in the number of vessels in the inland waterway systems in South America, especially in the Amazon River system, an environmentally sensitive area.

The fuels that are most commonly found in the region are marine diesel oil (MDO) or intermediate fuel oil (IFO), which may be inexpensive (from a CAPEX perspective), but are not necessarily the best available option. LNG is not only cleaner when compared to MDO and IFO, but its lower cost per MBTU justifies the higher investment cost for an LNG vessel. For those reasons LNG was always a desire for the local operators, but the big problem was always its availability.

The Brazilian Federal Government created opportunities through the “New Gas Market”, which opened opportunities to players to trade LNG in the region – formerly exclusive to Petrobras, the oil company. From that point on we knew that it wouldn’t be a matter of “if” these projects would happen, but “when”. We contacted Rolls-Royce who agreed to work with RAL to develop a solution customised for the region.

What benefits would this pushboat offer over other similar vessels in use today? What figures is its LNG propulsion system expected to achieve with regards to emissions reductions?

We are familiar with RAL having partnered with other engines and systems manufacturers (i.e. John Deere, Daihatsu, Caterpillar, etc.) in various vessel projects in the past. Are there any specific reasons for the selection of Rolls-Royce as its major partner on this particular vessel project?

Since the vessels are intended for operation in South America, we looked for an experienced pure-gas engine manufacturer with a significant presence in the region. Rolls-Royce complied with the requirement and agreed to invest in this project alongside Robert Allan Ltd.

We understand the new vessel is a modified version of the RApide 2800-Z2 design already in use on some pushboats plying the Amazon. What led to the decision to use an existing diesel-powered pushboat model instead of developing an entirely new vessel that could accommodate LNG propulsion from the outset?

The RApide 2800-Z2 is a proven design, having operated successfully in the Amazon River System for a number of years. The development of a new vessel involves significant research and development efforts – hull form, optimal convoy dimensions, machinery, etc. For that reason we decided to use the reference vessel as the basis for this design. 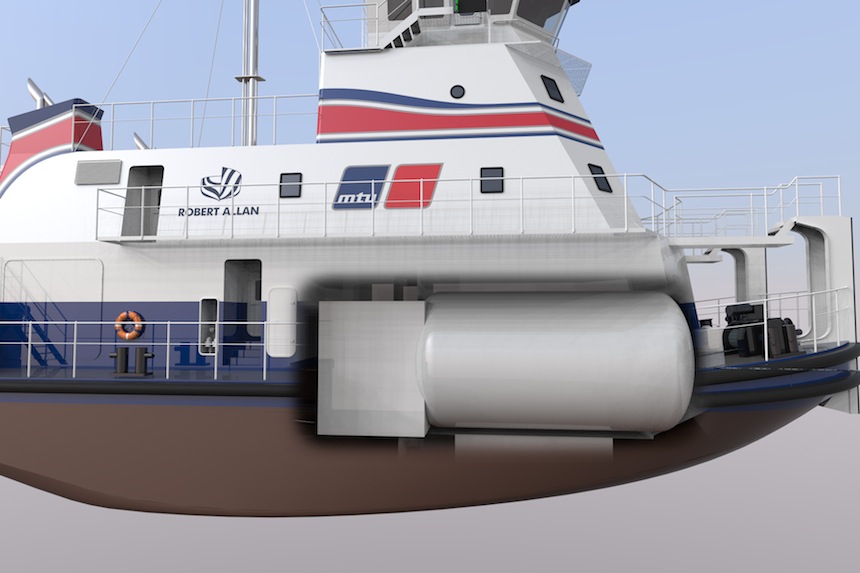 What would you say were the biggest challenges that RAL faced in incorporating an LNG propulsion system (including the 70-cubic-metre LNG fuel storage tank and other associated components) in the modified RApide 2800-Z2 pushboat?

The hull remained unchanged. To accommodate the large LNG tank we had to significantly alter the superstructure, with no impact to the vessel’s mission.

What key insights or takeaways has the RAL team so far gleaned from the development of the pushboat? Could those be applied in the company’s other vessel projects?

The process of familiarisation with the various gas systems available in the market is no simple task. Our team is much more prepared to support our clients around the world when it comes to LNG powered vessels.

Could you provide us a summary of the project’s timeline including any significant objectives that the RAL team hopes to achieve in future?

The project took a few months to be completed and may be used as basis for future projects with clients in the Amazon River system (and the world). Hidrovias do Brasil, a logistics operator headquartered in Brazil, signed a contract with Robert Allan Ltd. for the development of its new fleet of pushboats and barges, which include LNG fuelled pushboats.

When can we expect to see the first examples of the LNG-fuelled pushboat – prototypes and/or production examples – in the water?

We expect to have the first few vessels entering operation as soon as 2021.