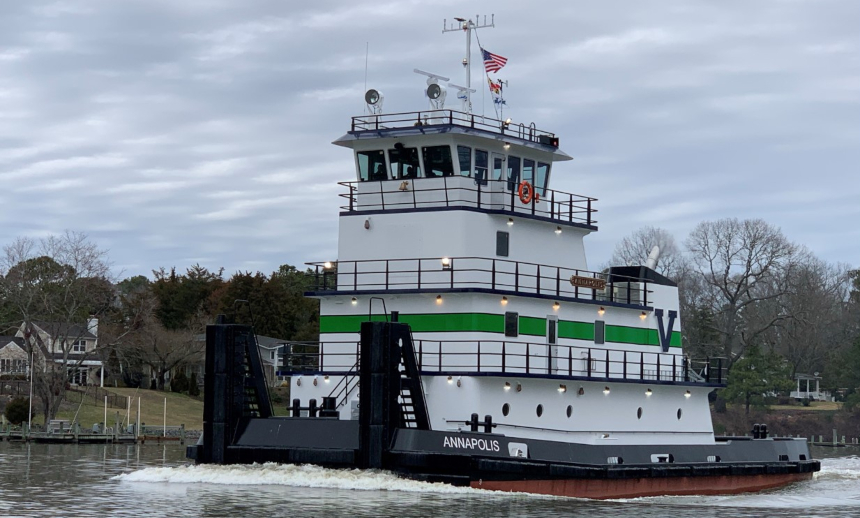 Vane Brothers has taken delivery of Annapolis, the second of a planned series of four inland pushboats ordered from Chesapeake Shipbuilding.

All four pushboats in the series will be named after cities in Maryland, where Vane Brothers is headquartered. Annapolis is named after the state’s capital.