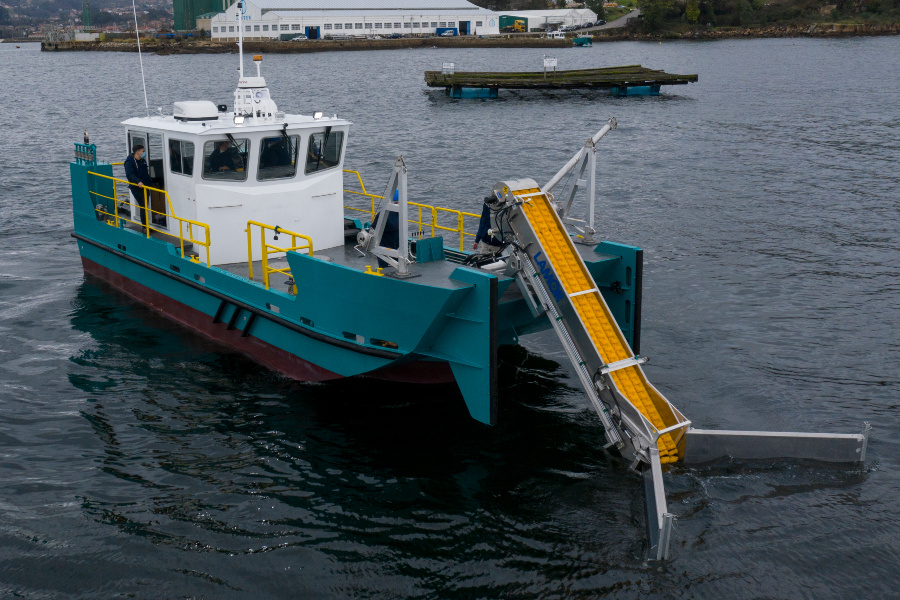 Designed to comply with both US Coast Guard and American Boat and Yacht Council (ABYC) standards, the 12.5- by 4.2-metre vessels each boast shallow draughts, excellent manoeuvrability, and ample deck space, enabling them to easily perform recovery and loading of floating rubbish in addition to helping clean up oil spills in the highly vital waterway. In this role, they will replace two older and less capable vessels that are nearing the end of their service life as part of the ACP fleet.

The Aister boats will be operated by the ACP’s Dredge and Pollution division. Although designed primarily for pollution response, the vessels are also intended to assist in the event of other emergency situations such as natural disasters. 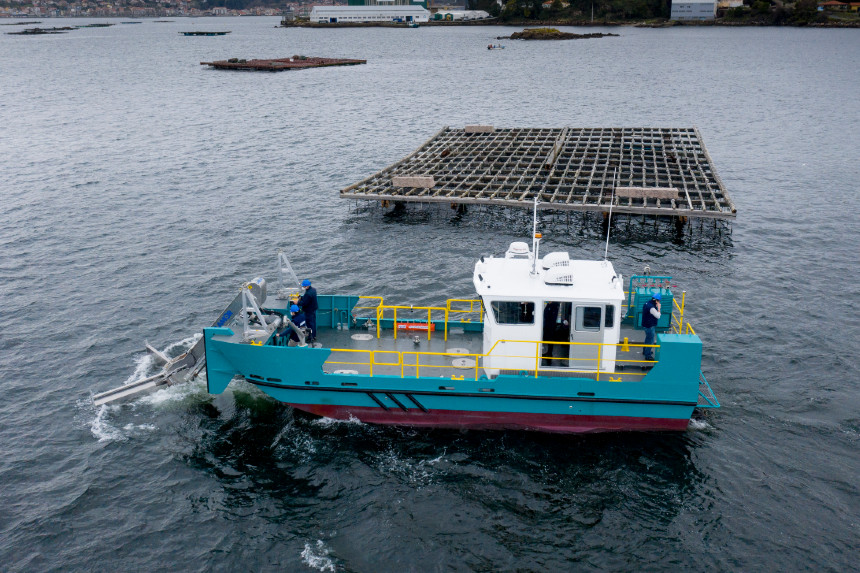 The boats’ design facilitates access to the deck from both sides as well as from the stern. Below deck are seven watertight compartments for improved stability and seakeeping and a double-bottom cargo tank.

“The vessels are slated for operation in the Panama Canal, which means they also needed to comply with strict requirements as regards safety and operation in environmentally-sensitive areas,” Aister told Baird Maritime. “Also, the owner wanted vessels that can enjoy long operational lives even with heavy daily use.”

Specifically, the extreme humidity and temperatures typical in the canal had led the builder to include provisions for more capable ventilation and air-conditioning systems in the boats’ final design. 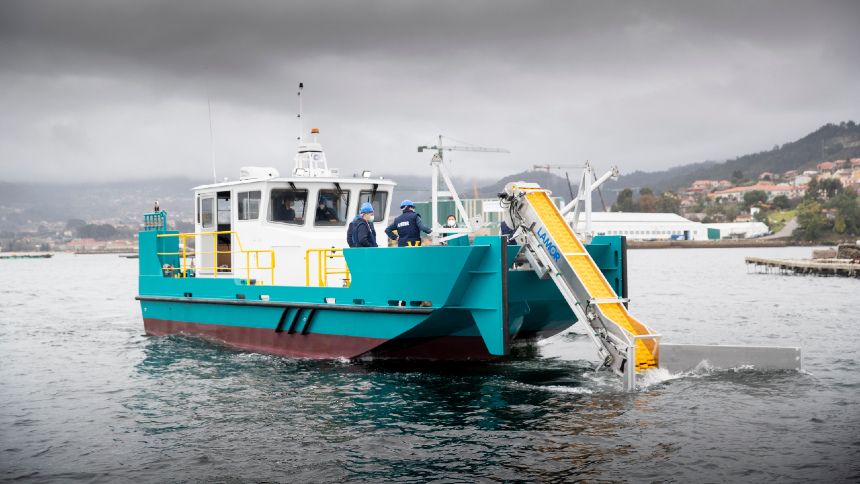 Since the ACP expected the vessels to be capable of a wide variety of duties despite their rather small size, some challenges in the design and construction work became inevitable.

“We decided to include features that went beyond the minimum requirements set forth by the owner, and this compelled us to carefully consider what other consequences might manifest if we made changes to even just one small part of the vessel. For instance, the oversized AC units and engine room fans highlighted the need for improved acoustic isolation to keep the noise levels in the wheelhouse and the other interior spaces within a safe threshold.”

As with many other companies worldwide, Aister was not spared from some of the negative effects of the Covid-19 pandemic. Fortunately for the builder, the problems were mainly limited to delays in the acquisition of essential components.

“The development work that went into the ACP boats even provided us with new insights into the preferences of customers in the Americas with regards to vessel newbuildings.” 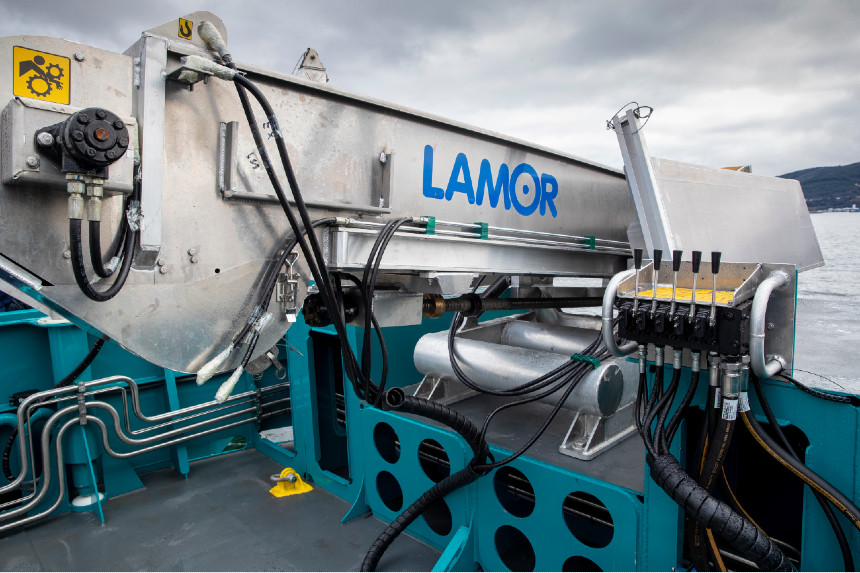 The oil recovery equipment on each vessel includes a Lamor system that is capable of removing 13 tonnes of spilled oil in as little as 15 minutes. The spill recovery system allows oily liquids of all viscosity ranges (i.e. from light to heavy) to be extracted with minimal water infiltration. Also on deck is a port-side davit with a 0.5-tonne lifting capacity and a two-metre reach, making it possible to conduct ship-to-ship transfers of cargo such as when loading recovered solid waste onto a barge.

The reinforced, spacious open deck can accommodate a mix of additional personnel and equipment such as containment booms. However, the deck will most often be used to transport barrels or other containers laden with recovered waste. 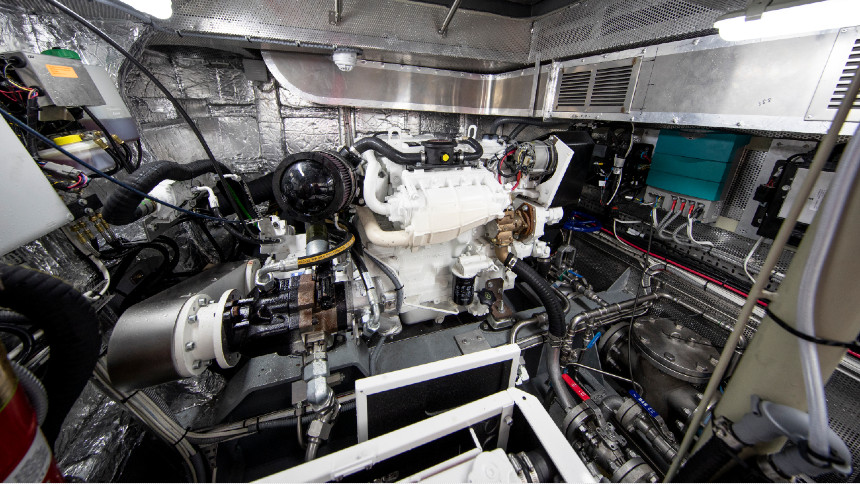 “Even with a fully loaded deck,” said Aister, “the propulsion configuration allows the boats to sail at 10 knots.”

The boats each feature an elevated wheelhouse offering 360-degree visibility and a full set of controls for the oil recovery equipment, enabling the two-person crew to effectively perform pollution response activities from the relative safety of the interior cabin as an alternative to manually operating the equipment on the exposed open deck. There are man overboard recovery systems as well. 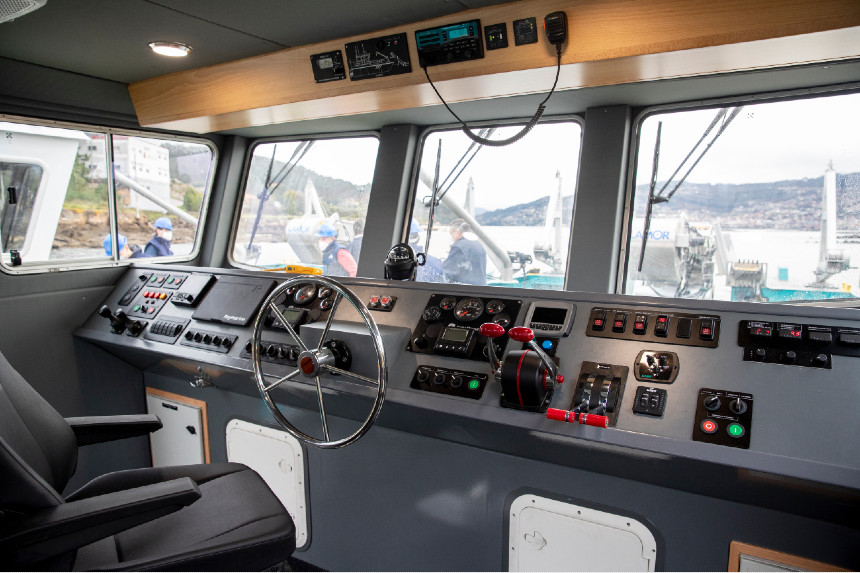 The interior spaces feature fire-insulating material while the wheelhouse also has a 32,000BTU air conditioner, heated windows to prevent fogging, and soundproofing to keep noise levels just under 60 dB. The onboard systems draw electrical power from a Northern Lights 6kW generator set.

The newbuilds may also serve other roles following the incorporation of minor equipment modifications. 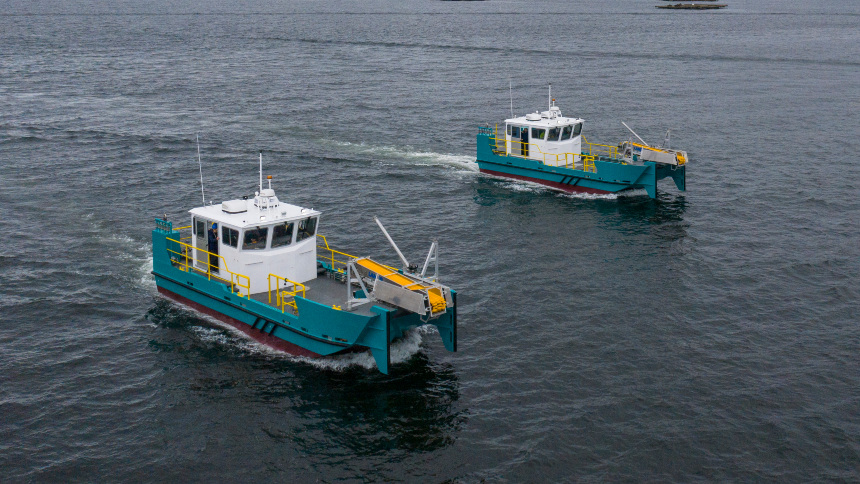