Written by Baird Maritime on October 19, 2017. Posted in Ship World. 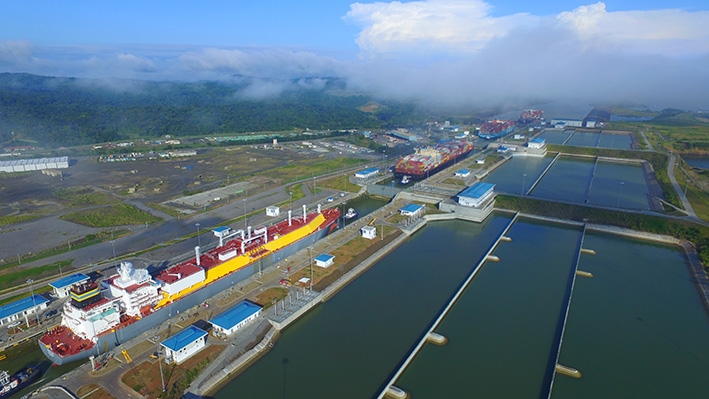 Panama Canal Administrator Jorge L Quijano said the record was directly attributed to the expanded canal, which was the largest enhancement project since the canal opened in 1914.

It included the construction of a new set of locks on the Atlantic and Pacific sides of the waterway, creating a third lane of traffic and doubling the cargo capacity of the waterway.

There are also plans to concession a roll-on roll-off (Ro-Ro) terminal to serve as a centre for the redistribution of vehicles, machinery and heavy equipment and a 1,200-hectare logistics park.

The container segment was the leading market segment of tonnage through the canal, accounting for 35.3 per cent of total cargo. This equated to a total 143 million tonnes PC/UMS. It led tankers (105 million PC/UMS), bulk carriers (79 million PC/UMS) and vehicle carriers (47 million PC/UMS).

China, Chile, Japan, Mexico and Colombia were some of the top canal users, while the United States continued to be the main user of the waterway representing the origin or destination for 68.3 per cent of the total cargo.