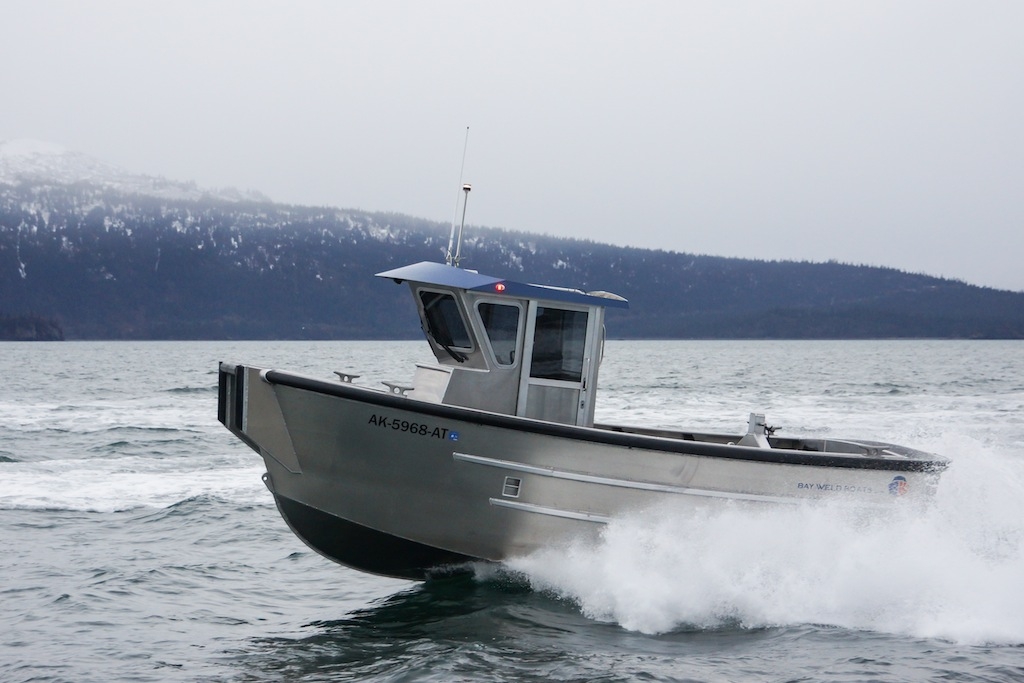 Each of ECO’s five escort tugs house one Bay Weld Boats skiff readily available to be launched and conduct immediate oil spill response operations. Once launched, these skiffs execute oil spill response tactics by deploying and towing oil spill booms in various formations to concentrate oil on the water for removal by a skimming system.

As of July 1, 2018, Edison Chouest Offshore took over escort and spill response services in Prince William Sound and is currently under a 10-year contract with the Alyeska Pipeline Service Company. 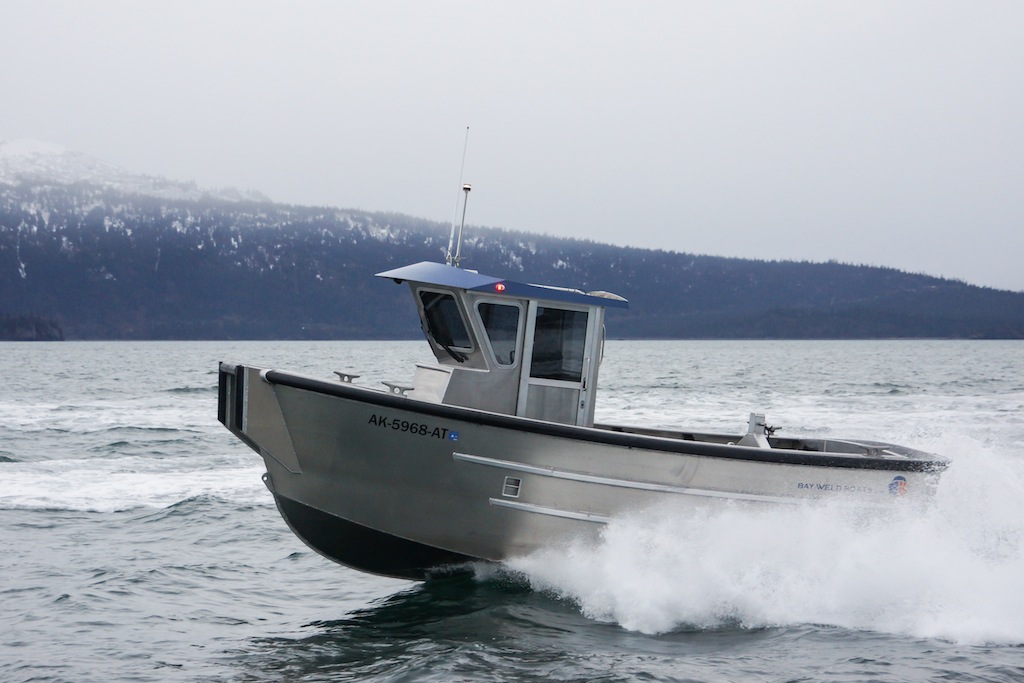 The hull for this series of skiffs is a planing hull capable of speeds over 30 knots with the 280kW engine, and it also impresses at low speed manoeuvrability. The included power package also produces approximately 1.6 tonnes of bollard pull in a static position.

The closed loop cooling and dry exhaust systems are designed in such a way to be able to start and run the engine while the skiff is out of the water without causing damage to the systems. This feature significantly assists in ease of maintenance and inspections for stand-by response vessels that can be dry-docked much of the time. 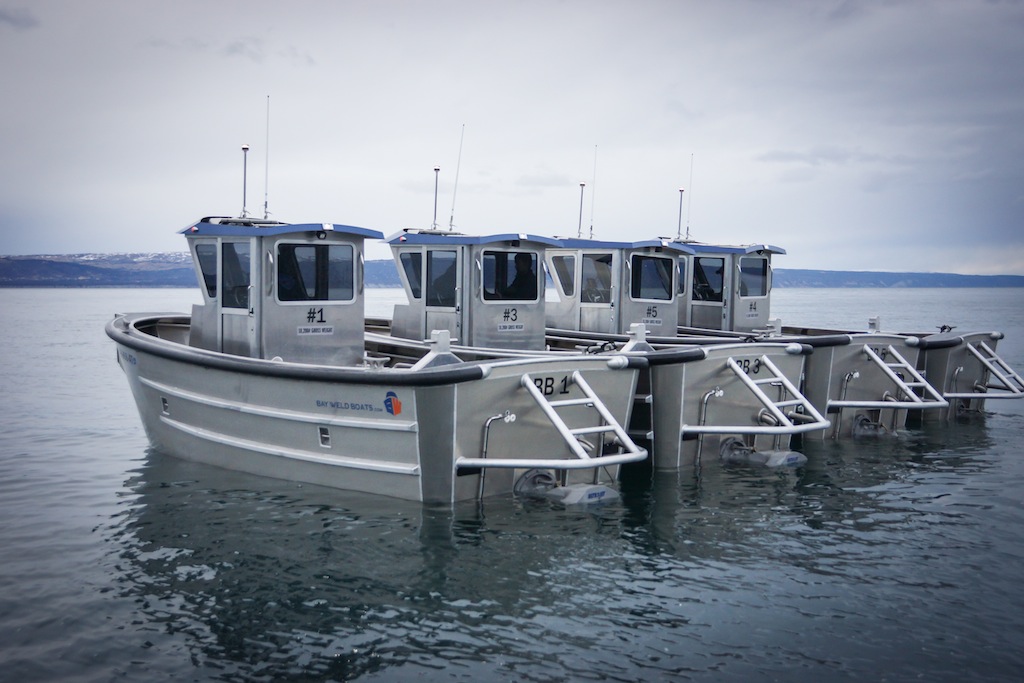 These systems are also designed to be used in the freezing and slush conditions of winter, as they do not require pumping seawater to keep the systems functioning. The skiff is primarily an enclosed console concept, with a full operator enclosure with a side entrance door in both sides and a heater for operator comfort in inclement weather.

Each skiff is fitted with lifting eyes for crane lifting and will come with a spreader bar or other design to allow for a single point lift. It has high-density rubber guards around all sides of the hull minimising impacts and heavy-duty push knees on the bow along with a heavy-duty tow post on the stern.

The skiffs are constructed with an emphasis on accessibility to systems for long-term ease of maintenance as well as purpose suitability.