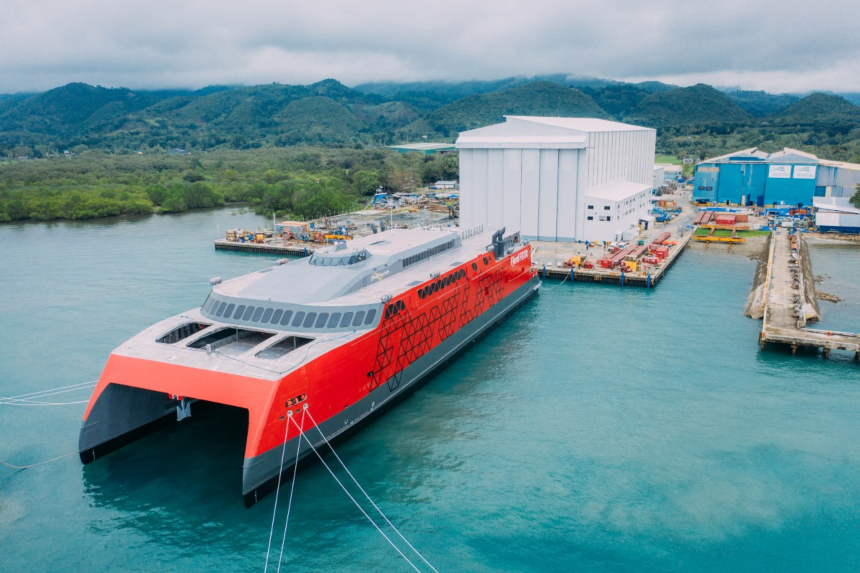 Austal launched a new high-speed catamaran vehicle-passenger ferry into the water at its Philippine shipyard on Tuesday, February 11.

The 109-metre vessel will be named Fjord FSTR. It will be capable of transporting 1,200 passengers and 404 cars at speeds of up to 40 knots.

The ferry has begun undergoing final outfitting prior to its scheduled delivery to Fjord Line of Norway in the second quarter of 2020.