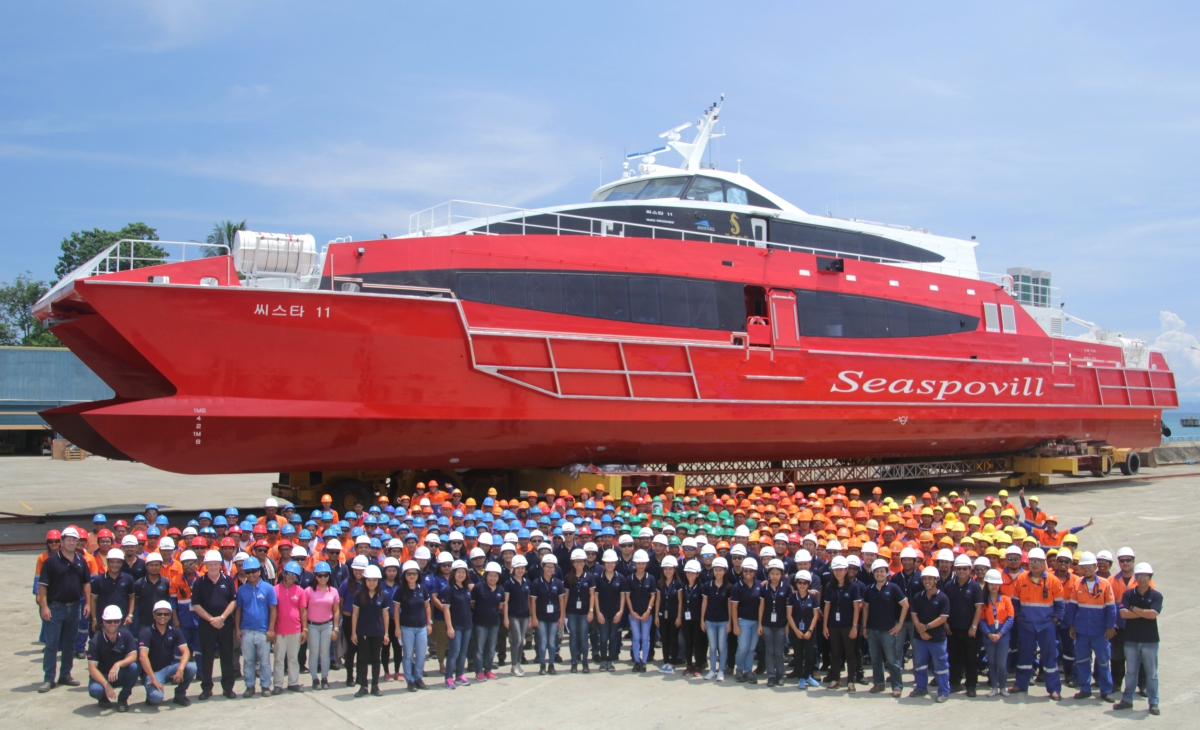 The 50-metre high-speed passenger ferry SeaStar 11 for Seaspovill of South Korea has been successfully launched at Austal’s shipyard in the Philippines.

Austal was awarded the AU$16 million (US$12 million) contract for the catamaran ferry in June 2016, following Seaspovill’s acquisition of a pre-owned Austal vessel, Seastar 3, constructed in 1998.

Transporting as many as 450 passengers at speeds greater than 40 knots, the new ferry is Austal’s first new build for a South Korean operator and will join Seapovill’s growing fleet operating out of the Port of Donghae.