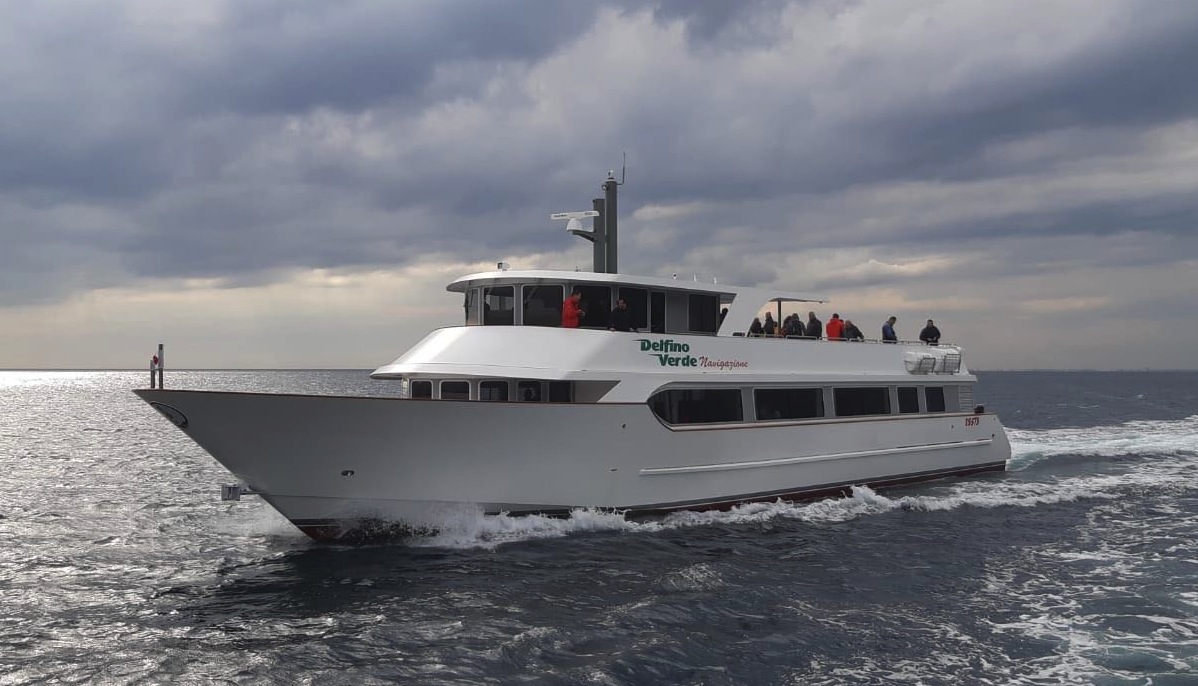 Delfino Verde Deluxe is the latest passenger vessel built by Cantiere Navale Foschi, an Italian shipyard based in Cesenatico in the north of the Adriatic Sea.

The boat, built in 20 months, is the 86th delivery from the shipyard and was delivered to its owner in Trieste, Delfino Verde Navigazione of Silvano Peric, following successful sea trials.

The Deluxe is now the flagship of the Delfino Verde Navigazione fleet, which includes three other passenger vessels, of which two are made of wood and one of fibreglass. It will sail on routes connecting Barcola, Grignano, Sistiana, Muggia, Grado and Trieste.

At 32 metres long and seven metres in beam, the vessel can comfortably accommodate up to 350 passengers at a cruising speed of 20 knots.

The ferry is completely built of marine-grade wood, called “superlamellare” with a superstructure over two decks. Foschi specialises in this material and was one of the first yards in Italy to build tourist and sightseeing vessels, starting in the late 1950s. 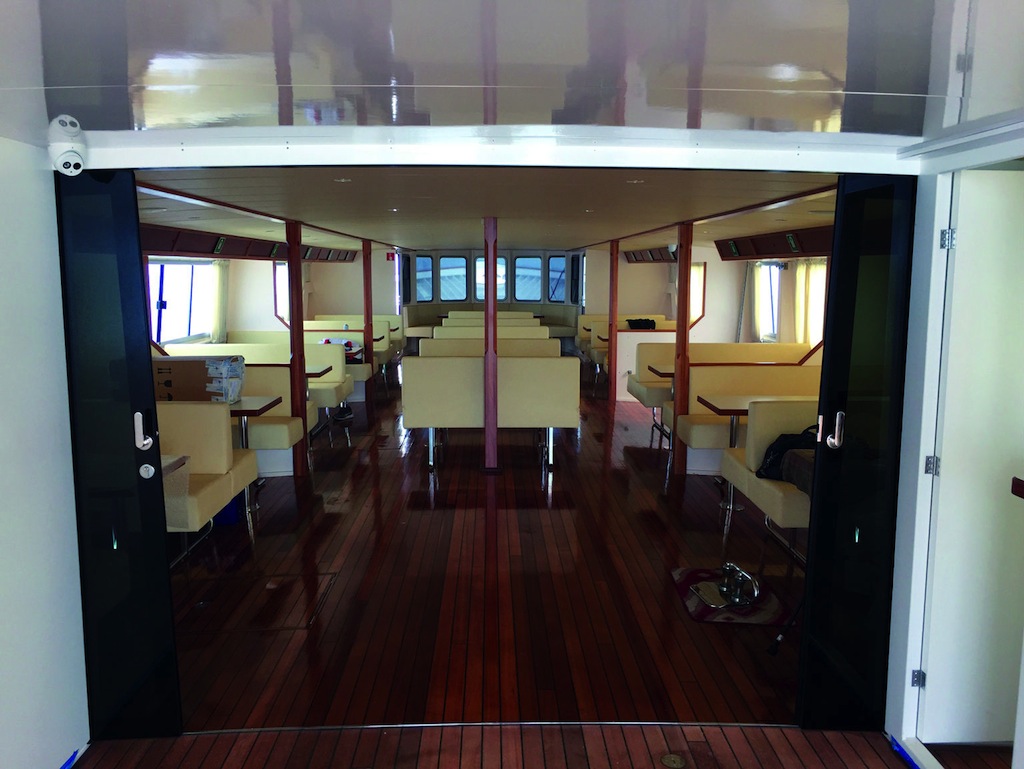 The two embarkation areas are at the stern, from where it’s possible to enter directly into the main lounge, or reach the sundeck by a large staircase.

The main lounge has been designed to be able to host all kinds of events such as ceremonies, dinners, and business meeting. Furnished with wooden tables and large sofas, it can accommodate a total of 140 people.

On the top, the sun deck, we find 120 monocoque seats and, on the bow side, the wheelhouse control cabin. In case of necessity, depending on the type of event on board, the monocoque seats can be removed, to have the bridge completely free. 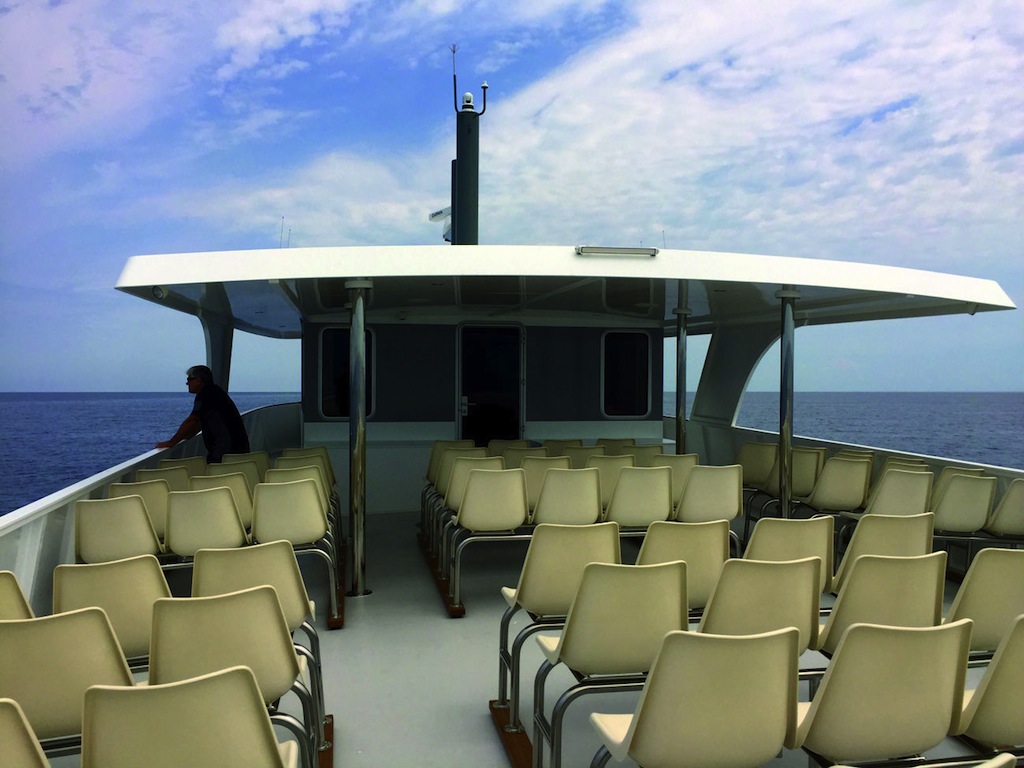 The bar and the toilets are back on the stern, close to the embarkation areas.

The propulsion system installed on the Delfino Verde Deluxe, specifically requested by the shipowner, consists of three Volvo IPS900 propulsion units with counter-rotating propellers, based on diesel engines of 520kW each.