Written by Baird Maritime on October 30, 2018. Posted in Platform Supply, Search and Rescue. 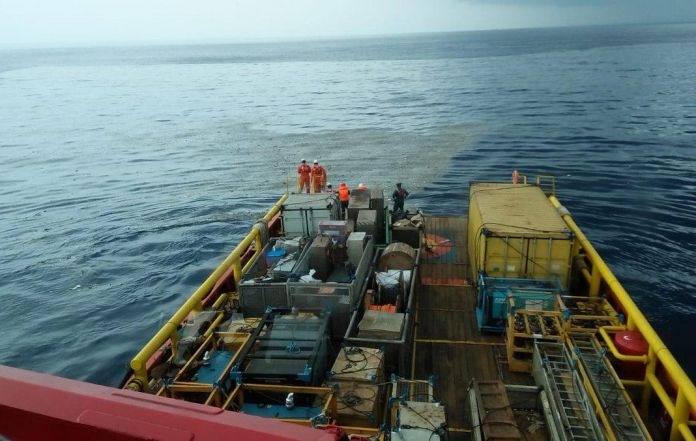 Prabu, operated by Pertamina subsidiary PHE ONWJ, was mobilised to assist in the search for Lion Air flight JT610, which crashed into the sea with 189 people on board just minutes after taking off from Jakarta on the morning of Monday, October 29.

The aircraft is thought to have gone down in the waters between the cities of Bekasi and Karawang in West Java. The suspected crash site is within a fair distance from PHE ONWJ’s offshore platform in Karawang waters.

Upon receiving information about the incident, PHE ONWJ deployed Prabu to the suspected crash site to search for any survivors or pieces of the aircraft’s wreckage.

Prabu’s crew found the debris and personal items at around 10:30 local time on October 29. These were later handed over to Indonesia’s Basarnas search and rescue (SAR) agency.

The PSV was still in the area and assisting in the continuing search as of 20:00.