More than 50 rescued from sunken boat in Samar, Philippines 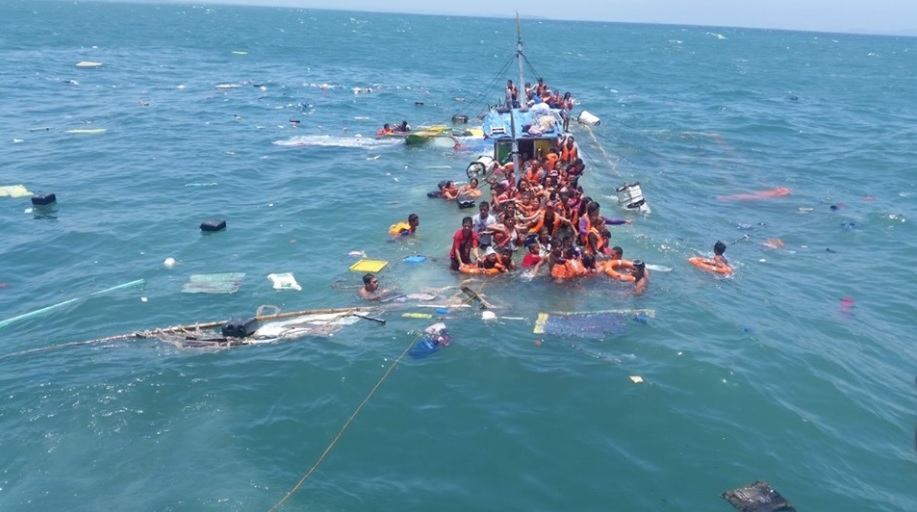 A total of 56 people were rescued by the Philippine Coast Guard and other first responders after a banca-type light passenger vessel sank off Samar province in the Central Philippines on Monday, August 12.

An eyewitness had earlier contacted authorities saying that a banca, later identified as Miar Romces, had ended up half-submerged about 100 metres off the coast shortly after it left port in Calbayog City at 11:00 local time.

The coast guard, the Philippine National Police Maritime Group, and a vessel operated by Lite Ferries proceeded to the area to carry out search and rescue (SAR) operations immediately after receiving the call for assistance.

The rescuers eventually brought all 49 passengers and seven crewmembers from the sunken vessel to safety in Calbayog City. No injuries have been reported.

An investigation conducted by the coast guard revealed that Miar Romces was en route to the island community of Tagapul-an in Samar when strong winds and rough waves caused the vessel to sink.