Written by Baird Maritime on May 20, 2019. Posted in Maritime Tourism, Non-Naval (Maritime Security), Search and Rescue. 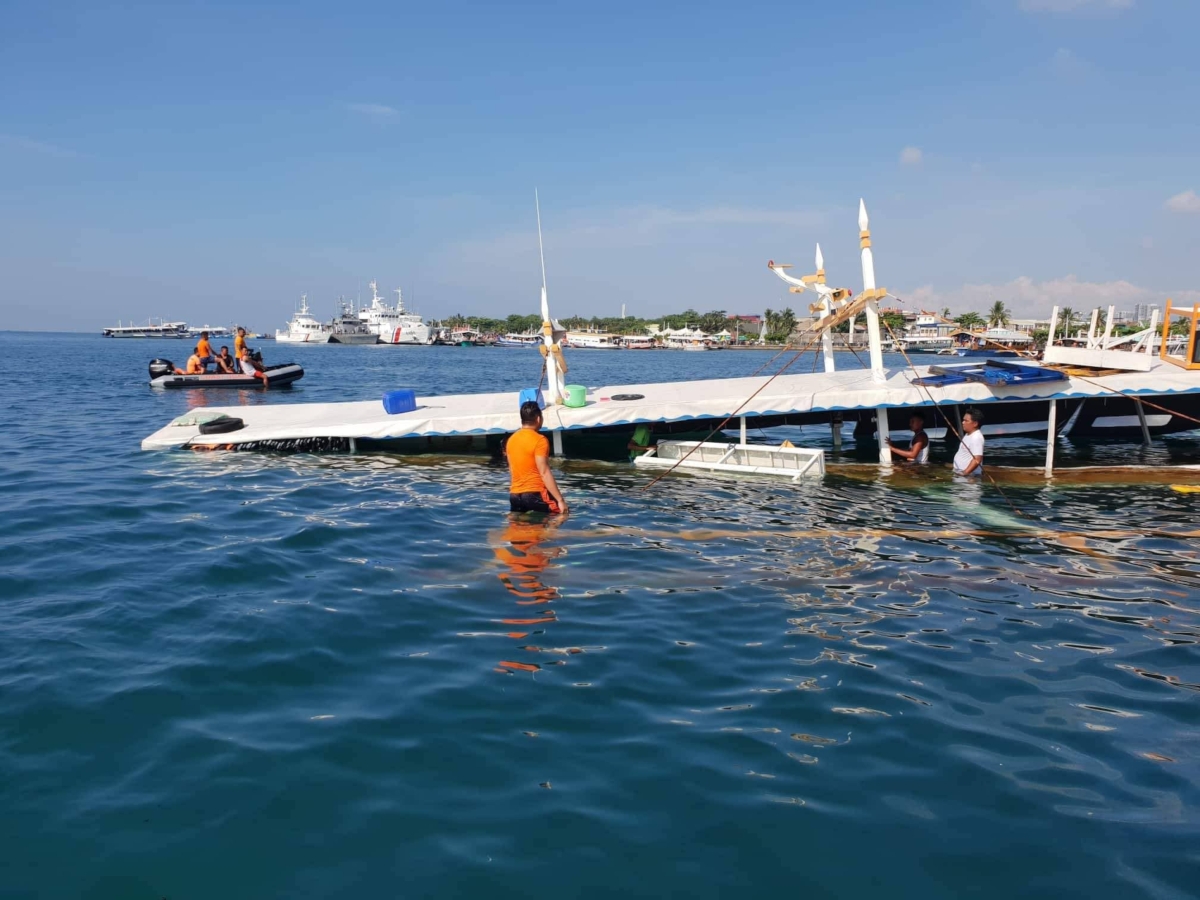 A total of 45 passengers and five crewmembers were rescued after their tour boat became partially submerged in the waters off Davao City in the Southern Philippines on Sunday, May 19.

The Philippine Coast Guard had despatched some small craft to the scene of the incident approximately 150 metres away from Santa Ana Wharf to render assistance to the occupants of Sam Cristoffer, an outrigger boat of a type known locally as a banca.

The ill-fated banca was about to depart for Samal Island some 17 kilometres away when its mooring lines became entangled in the vessel’s propeller.

The coast guard said that the master had attempted to manoeuvre the vessel in such a way that the propeller would shake the mooring lines loose. However, the movement only ended up damaging the bow and causing the forward part of the vessel to sink at around 07:50 local time.

The responding coast guard units were able to bring all 50 occupants to shore at Santa Ana Wharf where fire and rescue teams had arrived after receiving requests for medical assistance.

No serious injuries were reported among the banca’s occupants though one female passenger complained of slight pain in her right shoulder.

Sam Cristoffer has since been towed to port to allow the coast guard, the Maritime Industry Authority (MARINA), and the local police to inspect the hull more closely as part of an inter-agency investigation.