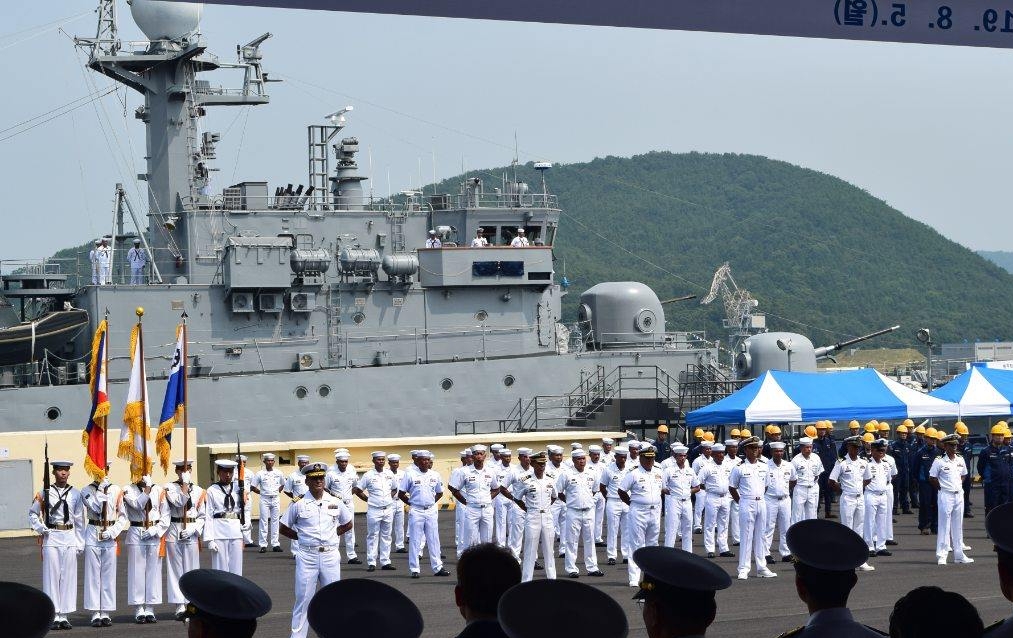 The South Korean government formally handed over a decommissioned warship to the Philippine Navy in a ceremony on Monday, August 5.

Ex-ROKS Chungju, a 1987-built Pohang-class corvette, was commissioned into Philippine service as BRP Conrado Yap that same afternoon at Jinhae Naval Base in Changwon City.

The vessel honours Captain Conrado Yap, a highly decorated Philippine Army officer who was killed in action in the Korean War.

Philippine Navy spokesman Captain Jonathan Zata said that, in addition to conducting maritime security patrols, the corvette will also be used as a “transition platform” for the first cadre of crews who would serve on the navy’s future Jose Rizal-class guided-missile frigates currently under construction at Hyundai Heavy Industries (HHI).

Conrado Yap is scheduled to sail for the Philippines before the end of the month.