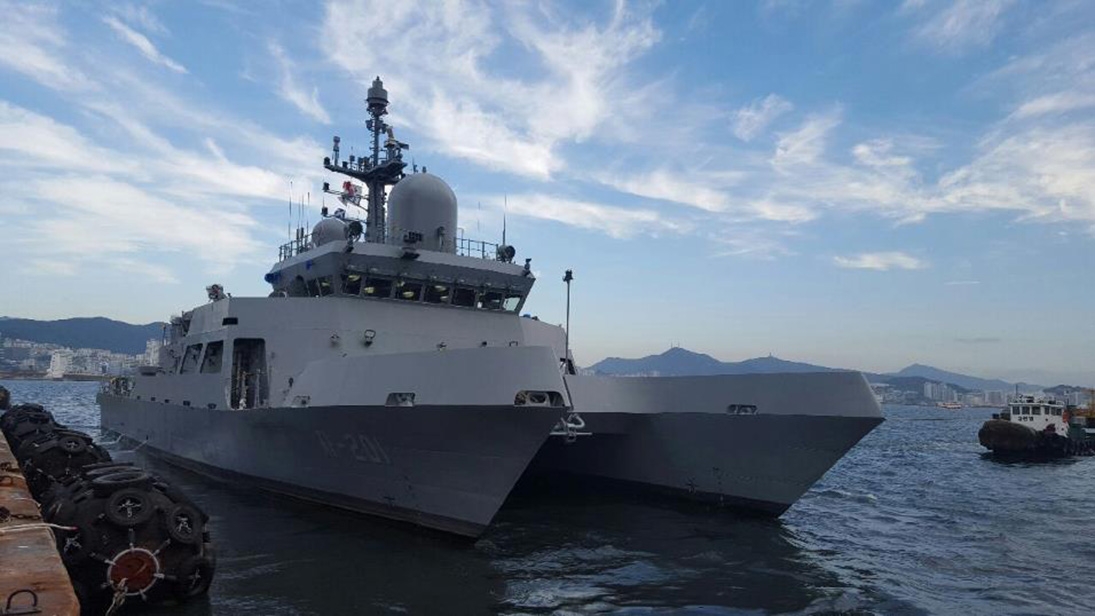 Hanjin began construction of the 45-metre catamaran vessel in July 2015.

Powered by two waterjets for a top speed of 25 knots and a range of 500 nautical miles at a cruising speed of 15 knots, it has an overall beam of 15 metres, a draught of more than two metres, and a loaded displacement of 280 tonnes.

South Korean news agency Yonhap reported that the vessel will enter service this month after a two-week familiarisation period.