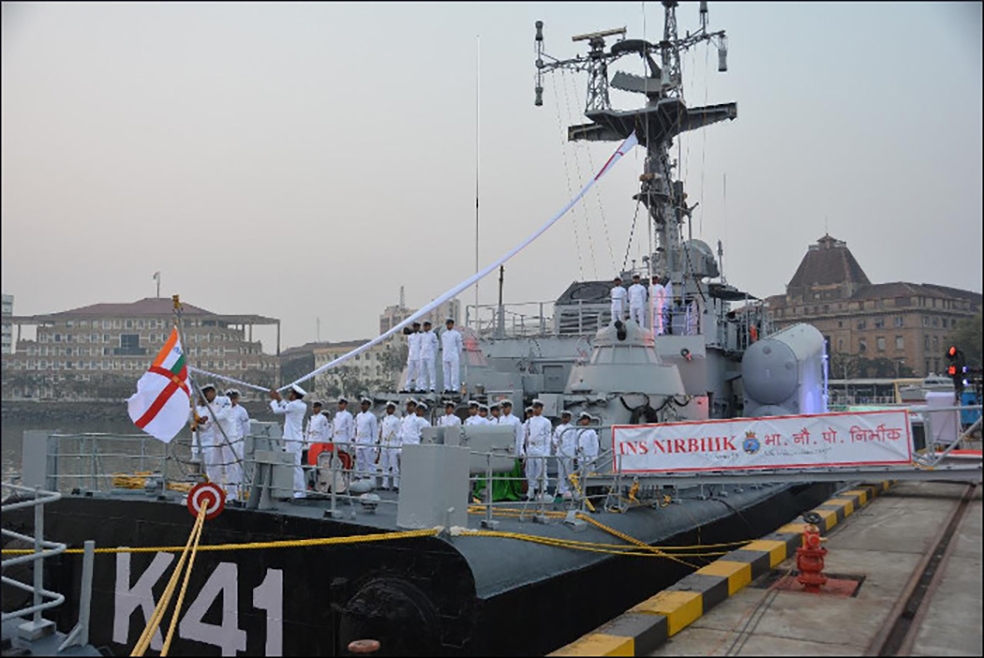 Indian naval ships Nirbhik and Nirghat have been decommissioned at Naval Dockyard, Mumbai after three decades of service.

The ceremony involved the traditional lowering of the ensign and commissioning pendants with the playing of Last Post.

Nirbhik and Nirghat were commissioned at Poti, then part of the USSR, in December 1987 and December 1989 respectively.

Manned by a crew of 70 sailors and seven officers, the ships’ four gas turbine engines achieved speeds close to 40 knots.

Forward deployed off Gujarat on numerous occasions for patrolling, the ships participated in numerous operations including Op Parakram and Vijay.