Written by Baird Maritime on May 18, 2020. Posted in Dredging and Land Reclamation. 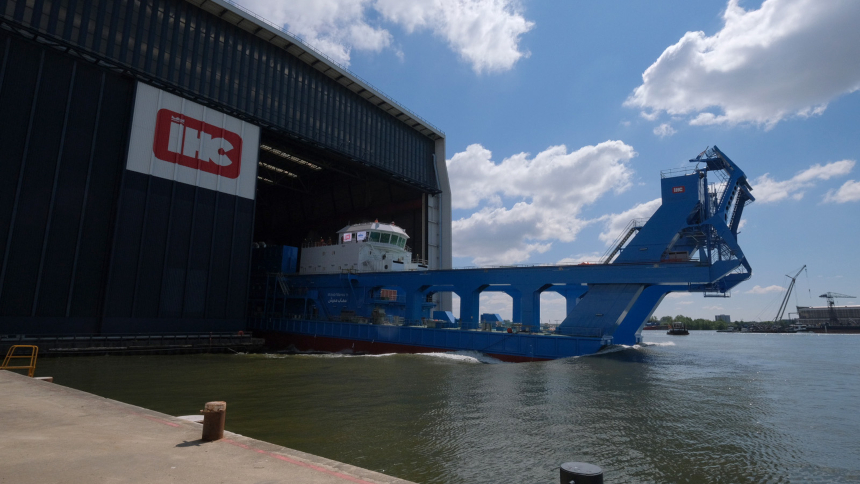 A new cutter suction dredger (CSD) ordered by Egypt’s Suez Canal Authority (SCA) was launched into the water for the first time at the facilities of Dutch builder Royal IHC on Friday, May 15.

The vessel, which has been named Mohab Mameesh, will be used to maintain and improve the Suez Canal.

Once completed, the CSD will have an LOA of 147.4 metres, a total installed power of 29,190kW, and a maximum dredging depth of 35 metres.

Mohab Mameesh is one of two vessels currently under construction at Royal IHC for SCA. Sister vessel 26th of July is expected to be launched in the autumn of 2020.