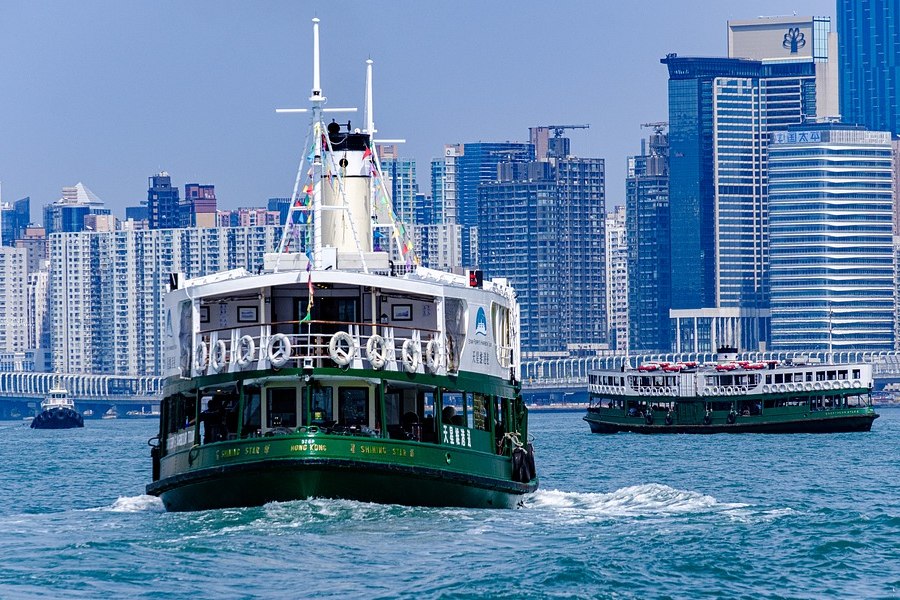 Looking at the two large Chinese built Ro-Pax ships that Baird Maritime will present to you this week, I was reminded of the argument I had with two directors of the then large German shipbuilder Bremer Vulkan while attending SMM in 1994. They, very arrogantly and ignorantly, were trying to convince me that Asian yards could never construct large passenger vessels. They regarded me as a moron for suggesting that these yards could and soon would do exactly that. I then upset them no end by suggesting that most cruise ships and large Ro-Pax ferries were little more than a hotel on a barge.

At the time, I was staying in Hamburg’s most prestigious hotel, I added insult to injury by comparing Germany’s “finest” unfavourably with some of the hotels I was familiar with in Asia. That infuriated them further but I was just pointing out the facts of life. At that time, Japan was already building numerous high-quality passenger ships. Korea and China did not take long to emulate them. The ignorance of such people was mind-boggling and that discussion took place only three years after a similar one in Oslo with the CEO of the late and unlamented Danish yard Burmeister and Wain. That discussion centred on bulkers, but the arrogant attitude was remarkably, almost eerily, similar.

Anyway, both B&W and Bremer Vulkan were bankrupt a couple of years later and the two BV directors were imprisoned, I understand, for fraudulently obtaining state subsidies for their yard. Natural justice and reality usually prevail.

Now, these two Chinese ships appear well built, well finished and comfortable. Not having bow doors, apparently, they will be safer than most of their north European counterparts that are still fitting them. Most importantly, for their Chinese and Algerian owners, they will be significantly cheaper than competing ships.

The passenger sector, of course, is much more than just large Ro-Pax vessels. As you will see in Baird Maritime this week, we have anything from a beautiful sailing cruise ship from Spain’s Metal Ships through yet another beautiful carbon/FRP hybrid fast catamaran ferry from Norway’s famed Brodrene Aa, and some simple “hose out” aluminium catamaran ferries for Belgium from Estonia’s fast growing Baltic Workboats. Interestingly, the latter will be replacing some 90-year-old boats. That surely shows that well-maintained ferries can be a very good investment.

On the subject of elderly ferries, the Eastern Shipbuilding Group, a leading and outstandingly competitive US shipyard, is replacing the old and well-used Staten Island ferries with ships that look similar to those they are replacing. However, they are ultra-modern in terms of shape, propulsion system, electronics, finishes and fitout, and can still carry up to an astonishing 4,500 passengers during peak hours.

Finally, to show us that catamaran ferries do not have to be fast or all-aluminium, CMHI has delivered a steel hulled, aluminium superstructure tourist ferry for the lower reaches of China’s Pearl River. It will be fast enough and, thanks to its hybrid propulsion, both economical and only moderately polluting.

We even present a very nice repair job on a burnt out aluminium tourist ferry done by Italy’s Vittoria shipyard from La Spezia. And finally, Turkey’s hyper-productive Tersan Shipyard has churned out yet another all-electric, cross fjord Ro-Pax for Norway. All in all, this week will present an excellent cross-section of the passenger vessel sector to give readers considerable food for thought.

– “The small boat, which had become damaged in a fire from which only the bare hull was saved, underwent an extensive overhaul.”

– “Originally designed to transport 700 passengers on short sailings between Turkey and Greece, the ferry has now been converted to accommodate up to 50 guests on one-week itineraries in Scotland’s lochs, canals, and inter-island routes.”

Any news or views about the global maritime tourism, ferry and cruise industries? Send it through to [email protected] ASAP (between now and October 15), so we can add it to this current edition of Passenger Vessel Week!