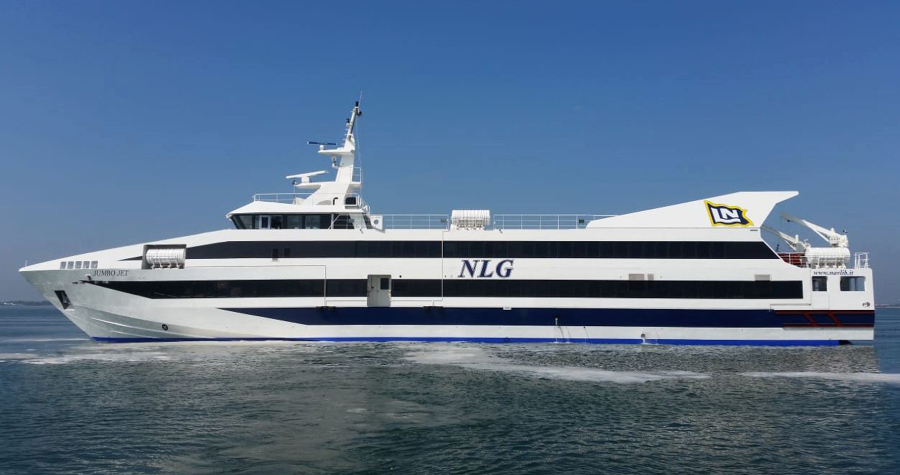 Shipbuilder Cantiere Navale Vittoria has handed over a new high-speed ferry to Naples-based operator Navigazione Libera del Golfo (NLG) for sailings in the Mediterranean, particularly in the Gulf of Naples off the south-western coast of Italy.

Jumbo Jet was designed and built by Vittoria at its Adria facilities under the supervision of classification society RINA in compliance to HSC 2000 regulation as well as SOLAS requirements. The choice of the vessel’s name is appropriate, for it is equipped with waterjet propulsion and it has been claimed by its owners to be one of the largest passenger-only monohull ferries currently in use on short-haul routes in European waters.

With a length of 56.65 metres, a beam of 9.6 metres, and a draught of just 1.3 metres even when fully laden, NLG’s newest flagship is a semi-planing, all-aluminium ferry that is capable of transporting 700 passengers, including travelers with wheelchairs, at speeds of up to 28 knots. This key attribute makes the monohull nearly as fast as some catamaran ferries of similar size and capacity. 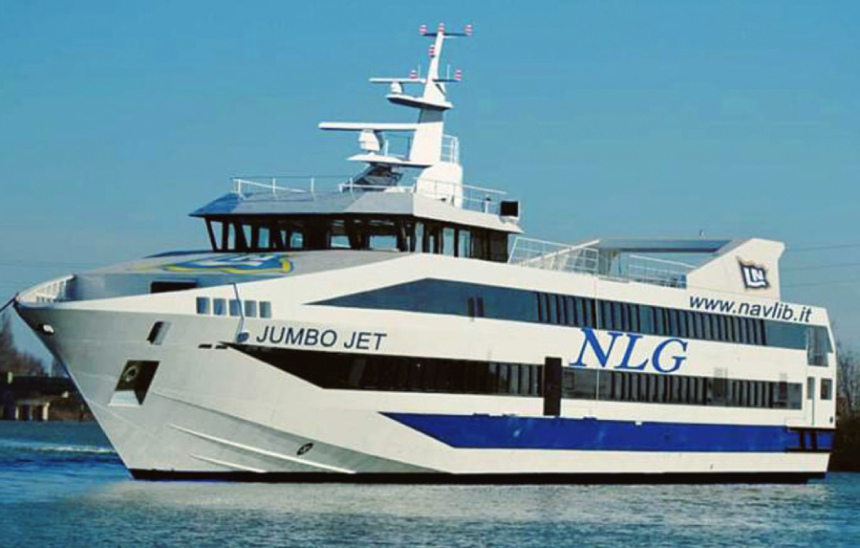 A trio of MTU 16V4000 four-stroke diesel engines that produce 8,000 kW of total installed power drive Kongsberg KaMeWa 80-S4 waterjets via ZF 9000 gearboxes. The vessel is also capable of highly stable transits, thus assuring passengers of improved comfort and safety even at the high operating speeds at which sailings are normally conducted.

The passengers are seated on two decks, which also feature numerous toilets and stores areas, while a snack bar and compartments for luggage are found on the main deck. Located on the aft upper deck are two man overboard boats and cranes for lowering them into the water. Loading and unloading of passengers is accomplished via a pair of folding gangways on the aft main deck.

The onboard electrical systems draw power from two FPT Iveco-Mase generator sets, each with a rated output of 250 kW. A smaller Cummins 91kW generator is also available for use in emergencies.

Jumbo Jet was delivered to NLG in early August of this year and has since embarked on operational sailings on the company’s Molo Beverello route between Naples and the island of Capri, which has a one-way distance of around 16 nautical miles.

The new ferry is being used to transport regular commuters as well as tourists on this route. Future routes for the vessel will include Salerno, the Tremiti Islands in the Adriatic Sea, the Pontine Islands in the Tyrrhenian Sea, and the Strait of Bonifacio that straddles the Tyrrhenian and the Mediterranean. 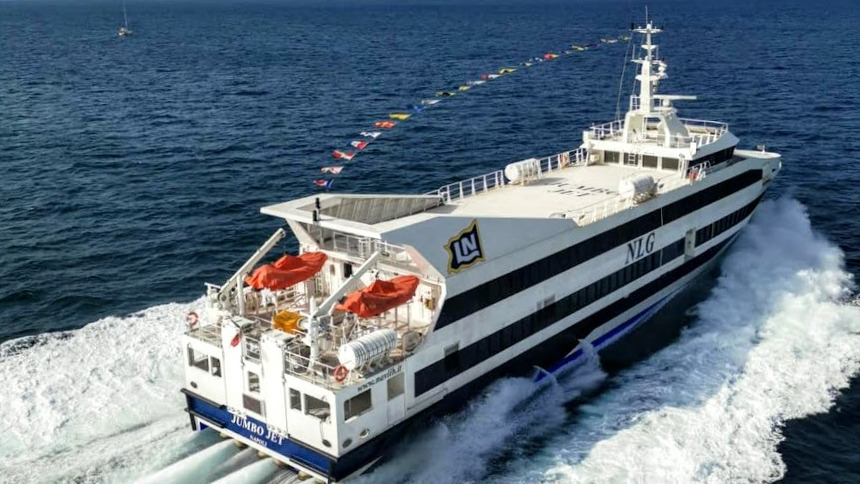