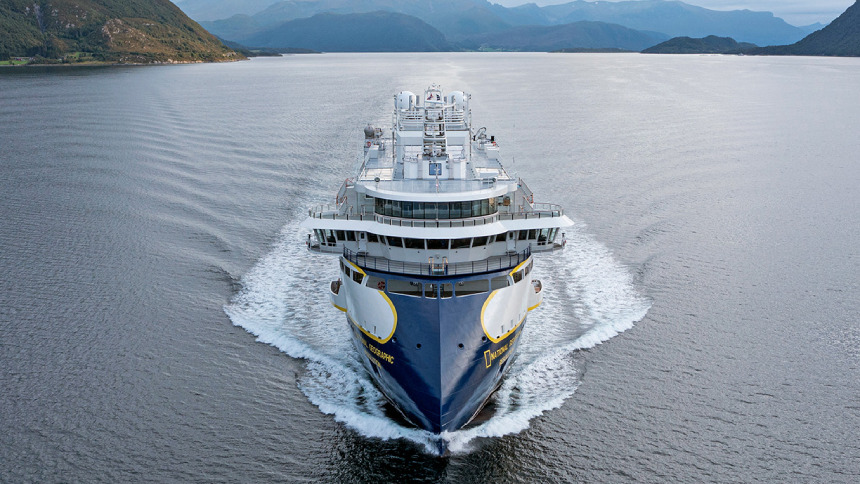 Built in Norway, National Geographic Resolution is now ready to set off for its inaugural polar voyage exploring Antarctica, South Georgia, and the Falklands. The voyage is scheduled to commence on November 17, 2021.

The 126-guest newbuild can access deep into polar regions thanks to its PC5 ice class notation. Expanded fuel and water tanks provide for extended operations in remote areas while the zero-speed stabilisers contribute to increased comfort at zero speed when stopped for wildlife observation or embarking/disembarking the ship.