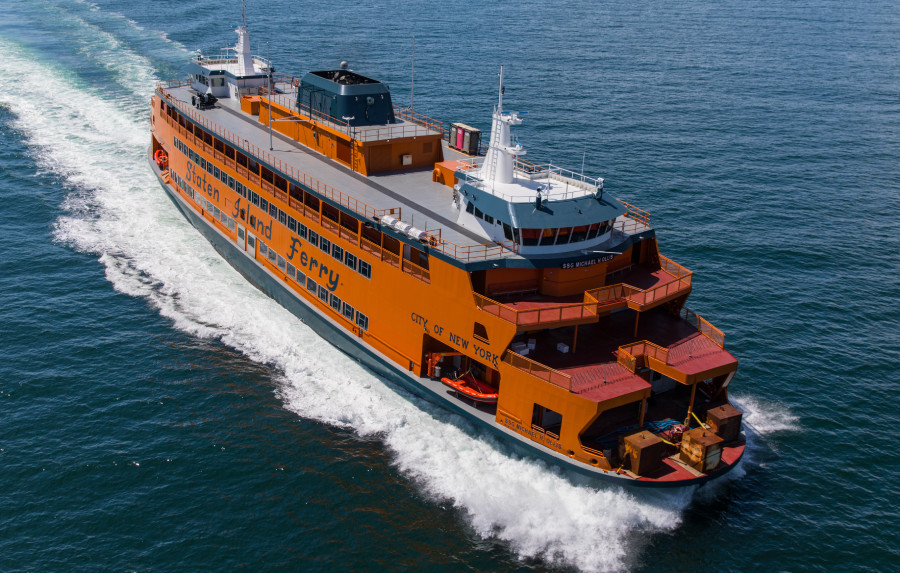 The Staten Island Ferry Division of the City of New York Department of Transportation (NYCDOT) has taken delivery of the first vessel in a new series of three double-ended passenger-only ferries built by the Eastern Shipbuilding Group of Panama City, Florida.

SSG Michael H. Ollis was built to a design developed by the Elliott Bay Design Group of Seattle. All three vessels in the series were designed to meet USCG 46 CFR Subchapter H certification requirements for operation in protected water routes and are to be certified by ABS to meet its Standards for Building and Classing Steel Vessel for Service on Rivers and Intracoastal Waterways. The new ferries are also designed to be able to operate safely even in extreme weather conditions. 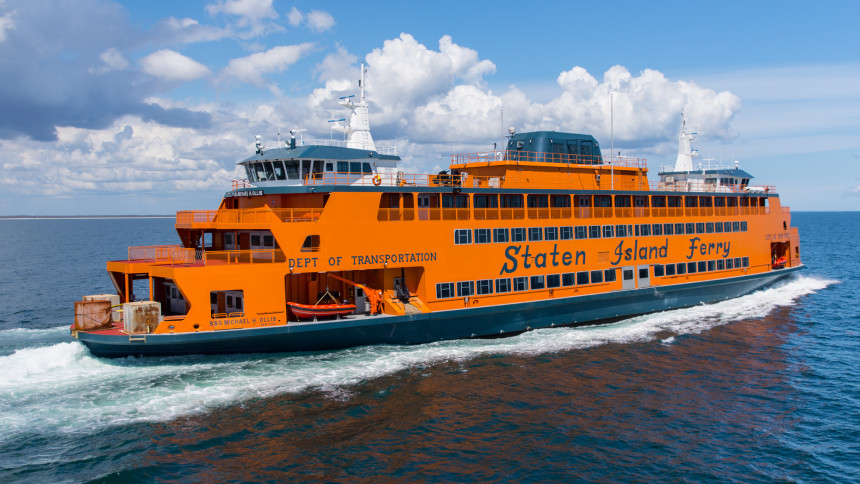 The new ferry honours US Army Staff Sergeant Michael H. Ollis, a Staten Island native who was killed while shielding fellow soldiers from a suicide bomber in Afghanistan on August 28, 2013, while serving during Operation Enduring Freedom. Two additional vessels of this design, Sandy Ground and Dorothy Day, will join the Staten Island Ferry fleet in 2022.

The 319- by 69-foot (97- by 21-metre) SSG Michael H. Ollis has a draught of 13 feet (4.11 metres) and capacity for 15 crewmembers and 4,500 passengers. It will provide commuter services between Staten Island and Lower Manhattan, transporting commuters and tourists along a 22-minute, 5.2-statute mile (4.5-nautical mile) route that will also include Ellis Island where the famed Statue of Liberty stands. 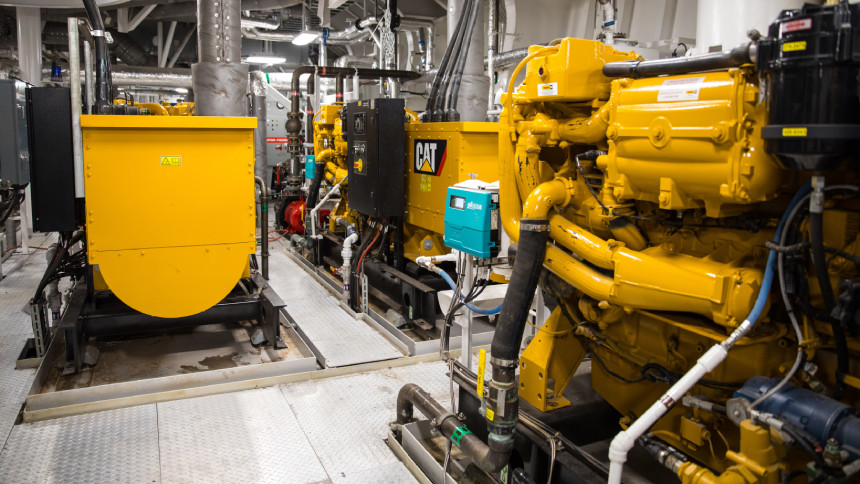 The new ferry has a quartet of Electro-Motive Diesel (EMD) L12ME23B hp (1,861kW) engines that are US EPA Tier IV-compliant. The propulsion is arranged so that two engines power one Reintjes DUP 3000 P combining gear and one RV6 ECS/285-2 Voith Schneider Propeller at each end of the vessel. The vessel will operate at a sprint speed of just over 17 knots and a service speed of 16.3 knots at 80 per cent of the installed EMD engines’ maximum continuous power rating.

The ship service electric power is provided by three EPA Tier III-compliant Caterpillar C18 marine generator sets that are rated at 430 kW each. 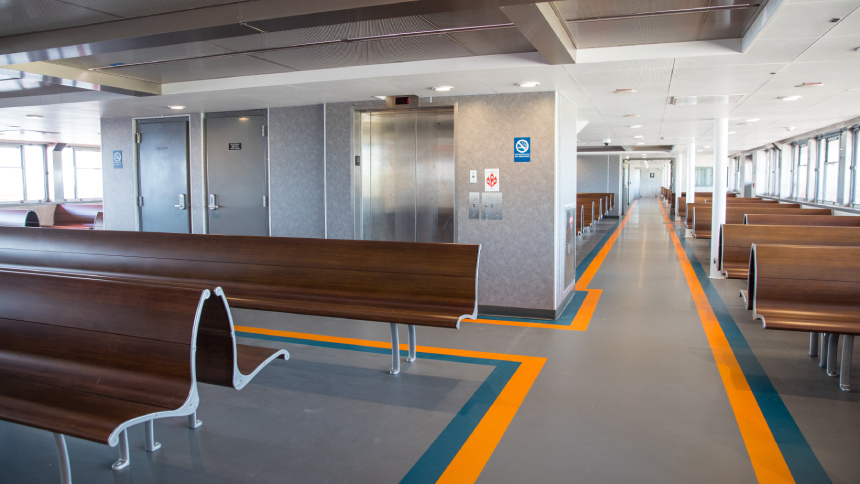 The passenger-focused enhancements include a large snack bar, heated decks to eliminate ice and snow build-up, an abundance of USB charging outlets, and unobstructed skyline views around the circumference of the bridge deck. There is also an oval upper deck promenade that will serve as an outdoor “walking track” for passengers. Aluminium bench seating has been designed to emulate the look and feel of the wooden benches of John F. Kennedy, the oldest operating vessel in the Staten Island Ferry fleet.

The vessel also has a lift to enable passengers with limited mobility to easily access the different decks. 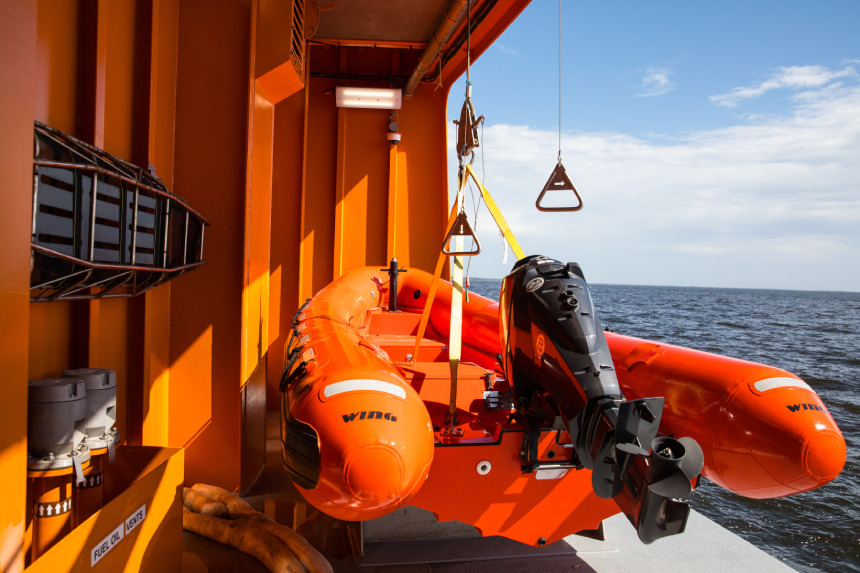 In compliance to an existing city-wide emergency response plan, ferries operating in New York Harbor must be capable of operating in a first responder role when absolutely necessary, such as the evacuation of Lower Manhattan during the 9/11 terror attacks of 2001.

To enhance the ferry’s emergency response capabilities, it has been fitted with four 16-foot (4.8-metre) rescue boats powered by 25hp (18kW) motors, anchors and capstans at each end, and side doors amidships. The amidships doors will allow vessel-to-vessel side transfer or pier-to-vessel side transfer in addition to current end-to-end transfer capabilities that are currently part of the Staten Island Ferry standard safety procedures. 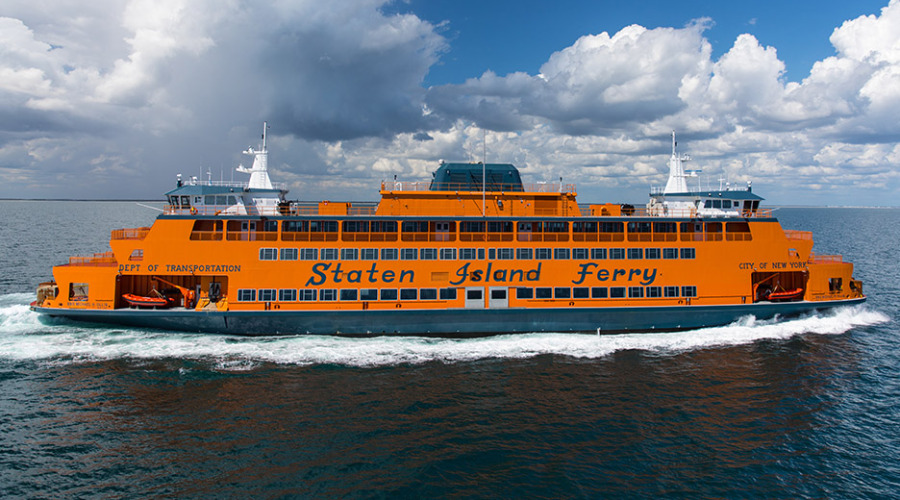