Western Australia’s Dongara Marine has delivered its second work boat for operation in the world’s largest bulk port. Jetwave Stanley Point has been operating in Port Hedland since shortly after builder Dongara Marine completed it in late April this year.

While the PPA primarily uses its vessel for harbour maintenance activities in Port Hedland and Dampier, Jetwave Marine Services wanted a similar design but customised for work as a lines boat. It also had a preference for diesel inboard and waterjet propulsion rather than the outboards used on the PPA’s vessel.

The naval architects at Southerly Designs modified their original design to provide the expected capability and a formal proposal was made.

With a length overall of 10 metres and beam of 3.2 metres, Jetwave Stanley Point is slightly longer and wider than the original Bulldog class but retains the tried and tested “punt”-style hullform with modified forward sections. The former provides for stability, deck area, and carrying capacity while the less flat bow shape reduces resistance and improves head seas performance.

The dimensional variation reflects and enables the propulsion change, including providing for an open transom with duckboard to both protect the waterjet and enable lines to be efficiently handled over the stern.

Other features that reflect the vessel’s use for lines handling include a towing crucifix rated to five tonnes, and the ability to develop 1.2 tonnes of bollard pull, which was confirmed on trials. Jetwave Stanley Point was also designed, built, and equipped to ensure there are no external fittings or other potential catch points for ships’ lines. 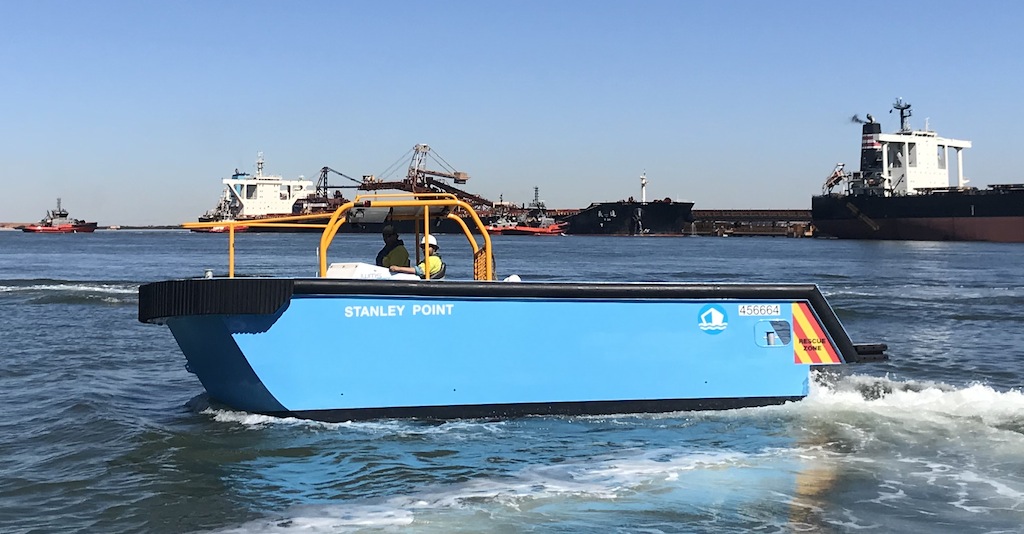 Jetwave Marine Services is also using the vessel to transfer personnel within the port, and thus Jetwave Stanley Point was placed into AMSA NSCV 2D survey for up to six passengers and two crew.

Even though speed was important, Dongara Marine fabricated the vessel with scantlings that exceed the NSCV minimum requirements.

“We know from our own experience as professional mariners that robustness and longevity are extremely valuable to operators, especially for boats like this that work in close quarters harbour situations and demanding environmental conditions,” explained Dongara Marine’s Managing Director Rohan Warr. “For that reason we almost exclusively used six millimetre aluminium plate for the structure.”

Despite the resultant weight penalty, the utility vessel has a maximum speed of 32 knots and can comfortably cruise at 24 knots. Power comes from a single Yanmar diesel driving a HamiltonJet HJ322 waterjet.

Michael Hansen said the new vessel, which is named for a geographic feature in Port Hedland, was reflective of the company’s commitment to the port and its users.

“Jetwave Stanley Point is the first of four new assets making their way to our Port Hedland operations,” he said. “We are committed to expanding the depth and breadth of the services we provide there.” 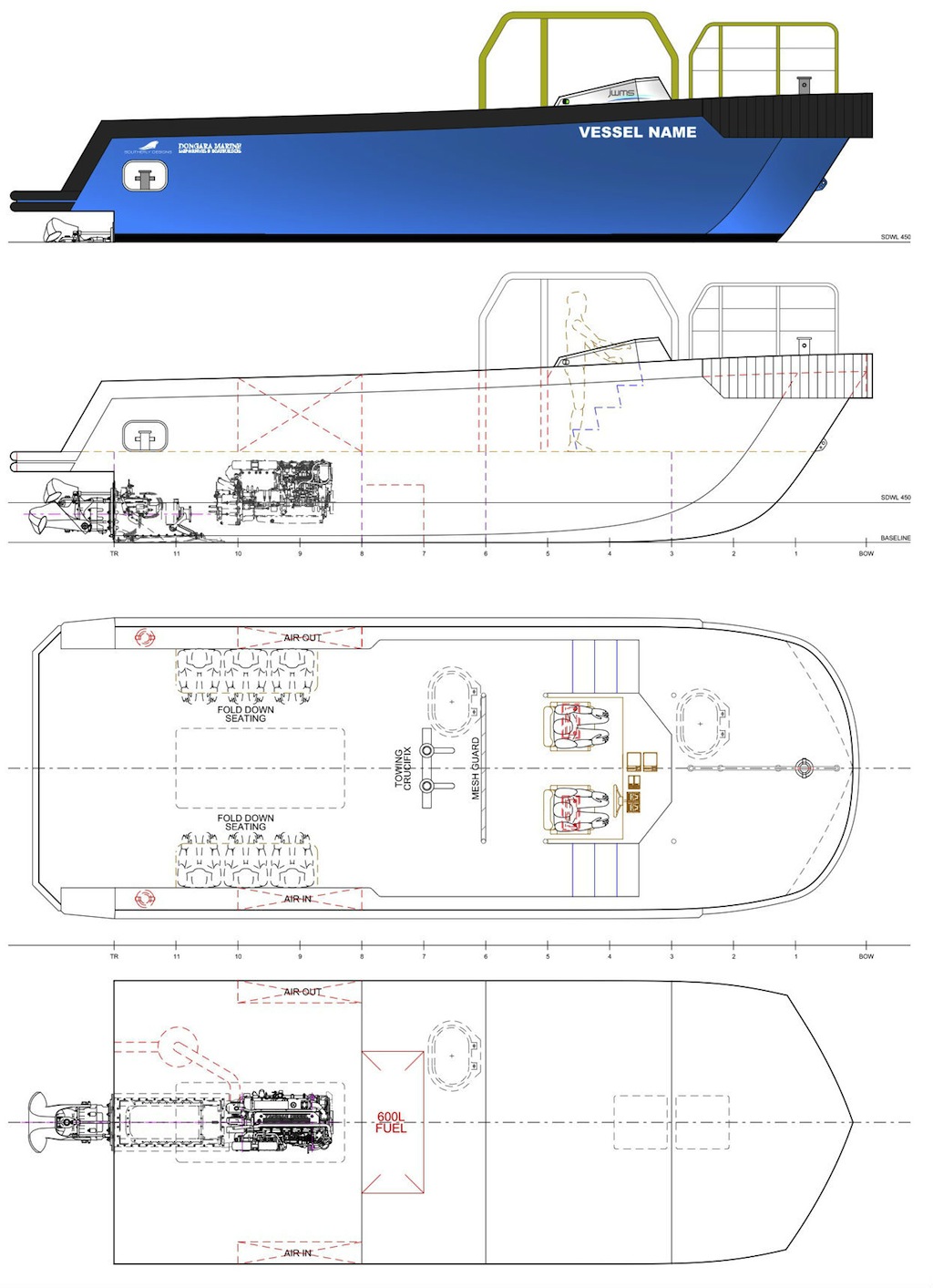