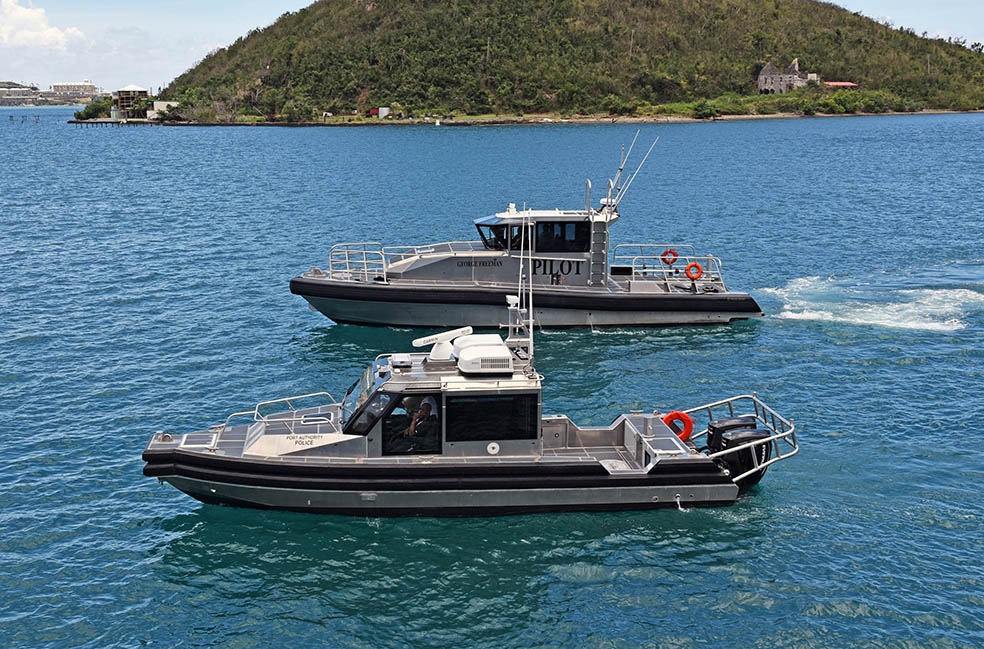 Designed by Metal Shark and built at the company’s Louisiana production facility, the welded aluminium vessels were delivered to St Thomas and transferred to VIPA.

Both are operating from the Edward Wilmoth Blyden IV Marine Facility on the Charlotte Amalie waterfront, where they serve the island of St Thomas and nearby St John.

The pilot boat, which was named George Freeman to honour its first coxswain George Elwin Freeman Sr, is a 13.7-metre monohull pilothouse vessel with a military-proven hull design and a deck arrangement specifically designed for pilot operations.

The vessel’s functional swim platform and accessible Jason’s cradle, dive ladder and throwable life rings are intended to assure quick and safe crew retrieval in the event of a man overboard situation.

Powered by twin Cummins Marine 223kW diesel engines and Hamilton waterjets, the pilot boat has a cruise speed of more than 30 knots. Top speed is 40 knots.

VIPA’s 9.7-metre port security boat provides for a crew of four inside the climate-controlled cabin.