Written by Baird Maritime on February 4, 2018. Posted in Harbour Tugs and Operation. 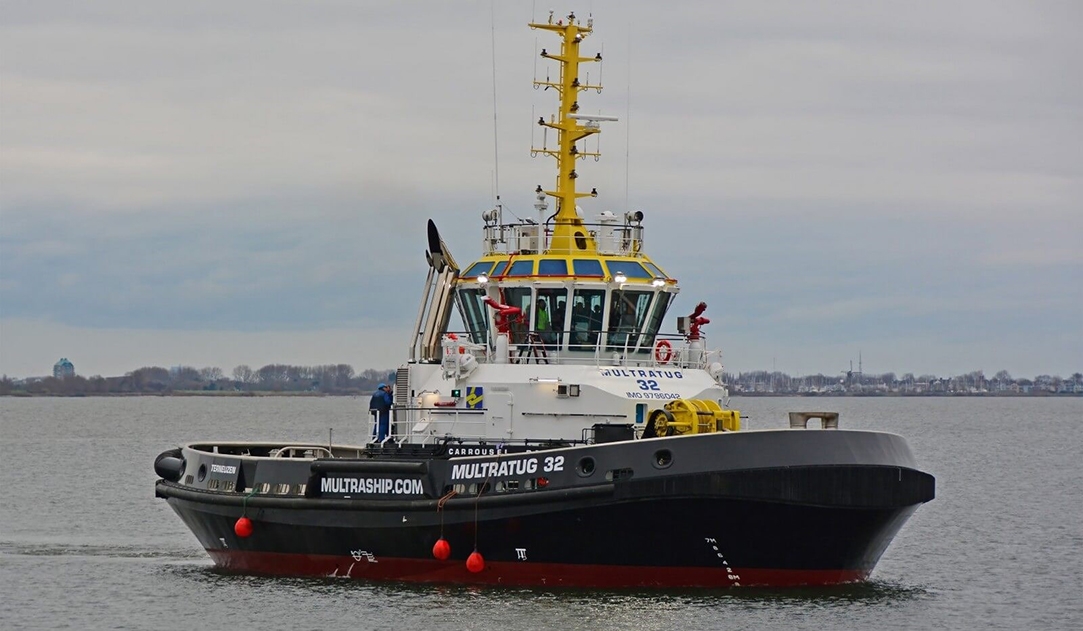 Dutch towage and salvage specialist Multraship has taken delivery of the first of two “Carrousel Rave tugs” (CRT) from Damen Maaskant at Stellendam.

Commissioned as Multratug 32, the vessel will operate under lease to Multraship.

Multratug 32 is 32 metres long, has a maximum static bollard pull of 77 tonnes, and is powered by two Voith thruster units and two ABC main engines delivering 2,650kW at 1000rpm. Her top speed is more than 14 knots.

Damen is building a second, identical CRT for Novatug, with delivery scheduled for May.

German shipyard Theodor Buschmann in Hamburg assembled the hulls, which were moved to Stellendam for fitout.

“In principle, capsizing is impossible when towing with the Carrousel, which facilitates the safe execution of manoeuvres that would be very high-risk with traditional tugs,” Mr Oggel said.