Written by Baird Maritime on July 16, 2018. Posted in Marine Research and Training. 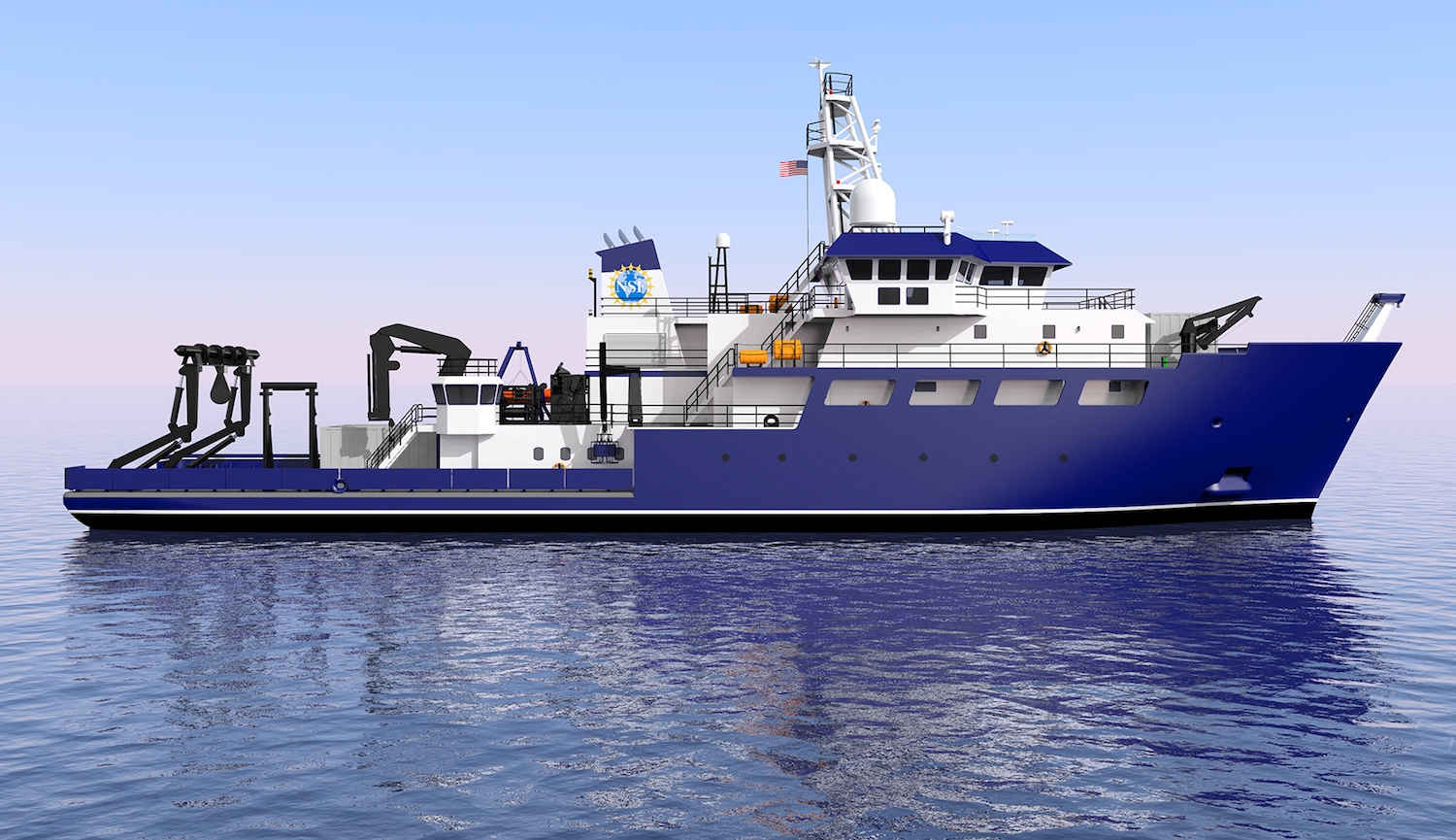 The National Science Foundation (NSF) has selected the East Coast Oceanographic Consortium, led by the University of Rhode Island’s Graduate School of Oceanography, to operate one of its three oceanographic research ships that are currently under construction.

The ship will be built at Gulf Island Shipyards.

Owned by NSF and valued at over US$100 million, the Regional-class research vessel will be constructed in Louisiana, delivered to Rhode Island in 2021 and home-ported at URI’s Narragansett Bay Campus.

In 2017, NSF awarded the first of the three new research vessels to Oregon State University, which is overseeing design and construction of all three ships.

Naval architecture and engineering consultant Glosten Associates is developing the ship design, with input from leading oceanographers from throughout the US.

It will also include a dynamic positioning system that enables ships to remain in one exact spot for long periods and will allow operation of remote operated vehicles. The ship will carry a crew of 13 and up to 16 scientists and have a cruising range of 5,400 nautical miles.

The URI vessel will replace Endeavor, a 56.4-metre ship that URI has operated for more than 40 years and is nearing the end of its useful life.