Written by Baird Maritime on April 5, 2018. Posted in Pollution/Rubbish Cleanup. 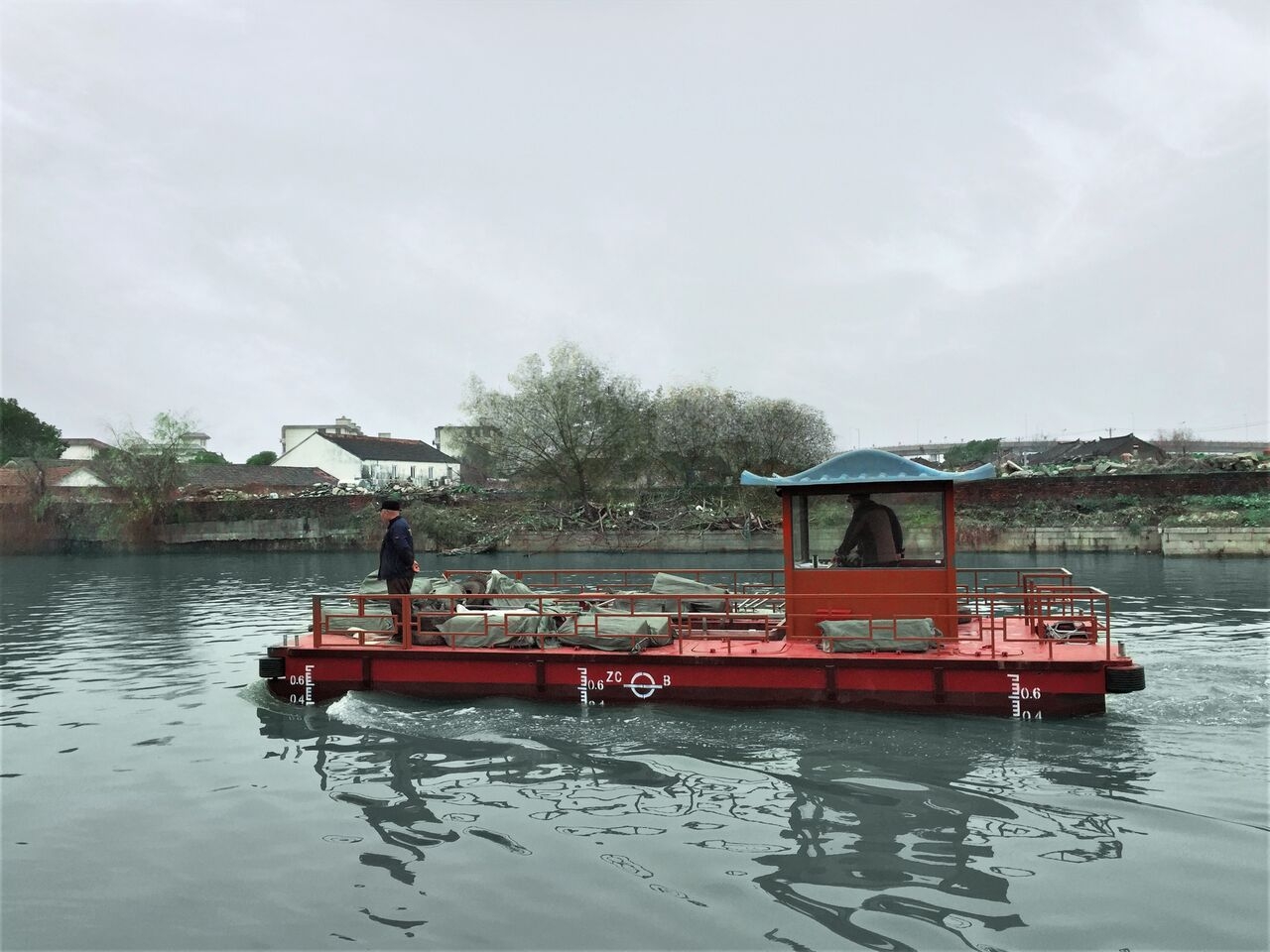 The city of Suzhou in eastern China has deployed a fleet of electric workboats as part of a program to clean up its canals and waterways.

The ancient city of Suzhou, located in Jiangsu Province near Shanghai, is home to more than 10 million people. Often called the “Venice of the East” the 2,500-year-old city is noted for its many canals, rivers, lakes, ancient stone bridges, pagodas and gardens.

Suzhou Creek, which flows through the city to Shanghai, was at one time said to be the most contaminated waterway in China, filled with sewage and garbage. Over the past decade, the river has undergone a major transformation and is considered an environmental success story.

As part of the clean-up program, the Suzhou River Management Administration commissioned the construction of 177 Torqeedo electric outboard-powered vessels designed specifically to remove floating debris from the water. The administration specified electric-powered boats for the project because of their environmentally friendly footprint.

They are owned by the Suzhou River Management Administration and operated by private contractors. The vessels use specially designed equipment to scoop up and capture floating items in the water.