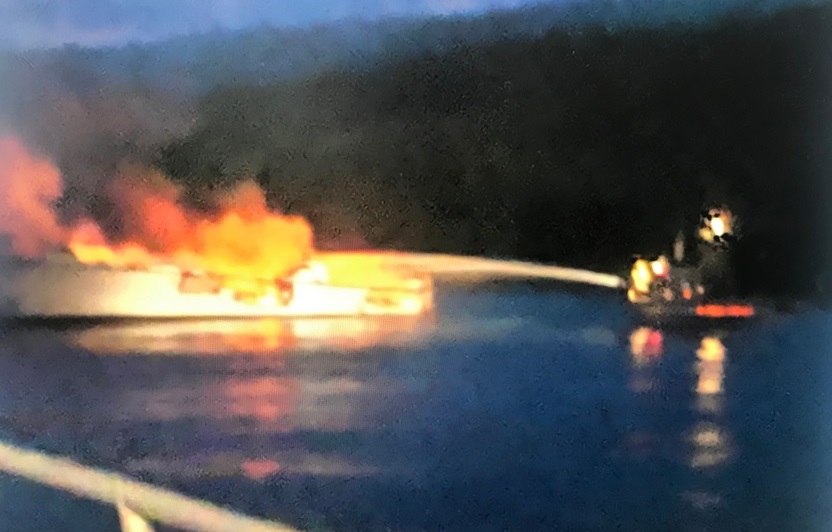 At least 34 people are feared to have died after a commercial diving vessel caught fire and sank near Santa Cruz Island in Southern California on Monday, September 2.

The fire department crews were still fighting the blaze when Conception, which had 39 people on board, sank 18 metres from shore and ended up at a depth of around 19 metres at 07:20.

Five of the dive boat’s six crewmembers were able to escape the blaze by jumping into the water. They were later picked up by a Good Samaritan vessel that had also sailed to the area in response to the incident.

The coast guard and partner agencies then began combing an area covering approximately 414 square kilometres to look for any other people who may have survived the incident. However, the subsequent search effort yielded no survivors besides the five crew who had already been rescued.

A total of 20 bodies had been recovered from the water while divers found another five inside the wreck when the coast guard ordered the suspension of the search at 09:40 on Tuesday, September 3.

No word has yet been given on whether the search for the nine missing victims will resume.

Meanwhile, the National Transportation Safety Board (NTSB) has launched an investigation to determine the cause of the fire and the subsequent sinking.

NTSB board member Jennifer Homendy said that, although the search for the missing victims has been suspended, 16 of the agency’s investigators assisted by coast guard personnel will spend seven to 10 days inspecting the area where the incident occurred.