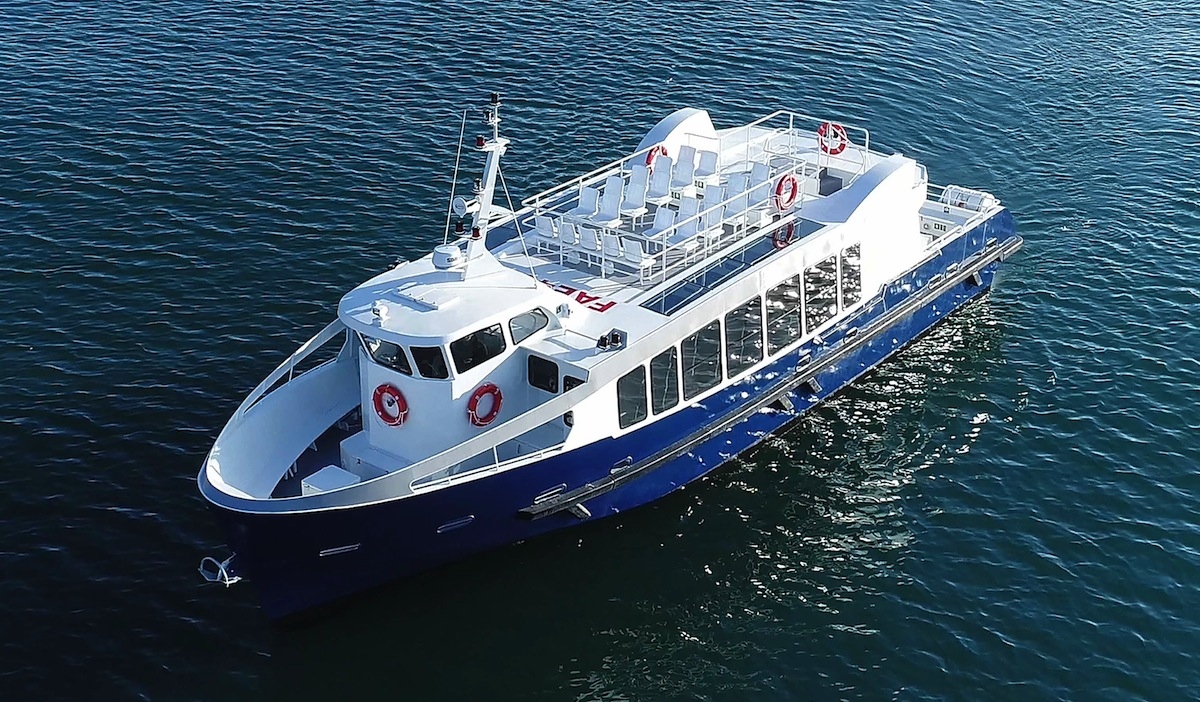 ODC Marine of Dalian in China has delivered a pair of aluminium tourist passenger shuttles to the Caribbean.

To be operated by Compagnie Martiniquaise de Navigation in the French territory of La Martinique, Anse Bleue and Cap Salomon have been built to French standards and a design by naval architecture firm Mer et Design of France.

At 21.4 metres long and 5.8 metres wide, the shuttles are each capable of accommodating 147 passengers in addition to a helmsman and three crew. Passenger seating is spread over two decks with those seated on the upper deck sitting outside whilst those on the main deck are primarily indoors.

Those passengers who prefer the comfort of air-conditioning aren’t penalised for views as the boats are fitted with extra large windows for panoramic views of the island scenery. 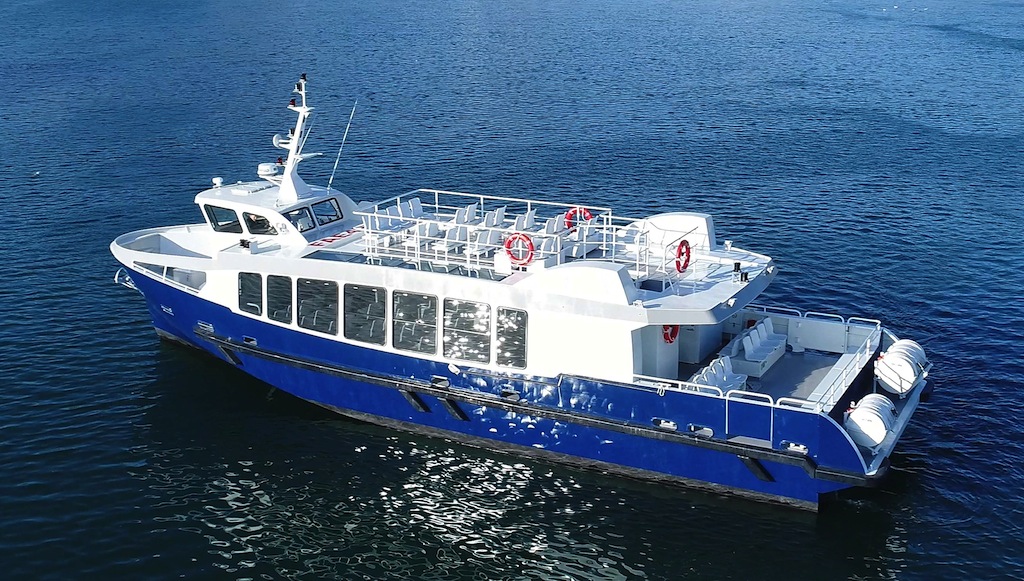 Propulsion is courtesy of two Scania DI16 diesels, each delivering 522 kW of power. Twin propellers receive power via ZF510-1A gearboxes and offer a top speed of 22 knots at 99 per cent engine load. Cruising speed is 18 knots, and two 1,600 litre fuel tanks allow for long ranges at this speed.

Thanks to the soundproofing system developed by ODC Marine, the sound level measured in the passenger lounge and the wheelhouse is 10 decibels lower than the market standards, dividing the intensity of the auditory perception by two.

The sound measured in the wheelhouse at 18 knots is 72 decibels whilst the sound measurement in the passenger lounge at the same speed is 80 decibels. Supplied electronics include a Simrad BR3G radar and Simrad GPS and plotters, Sailor radios, Pathfinder GMDSS and MED type compass. 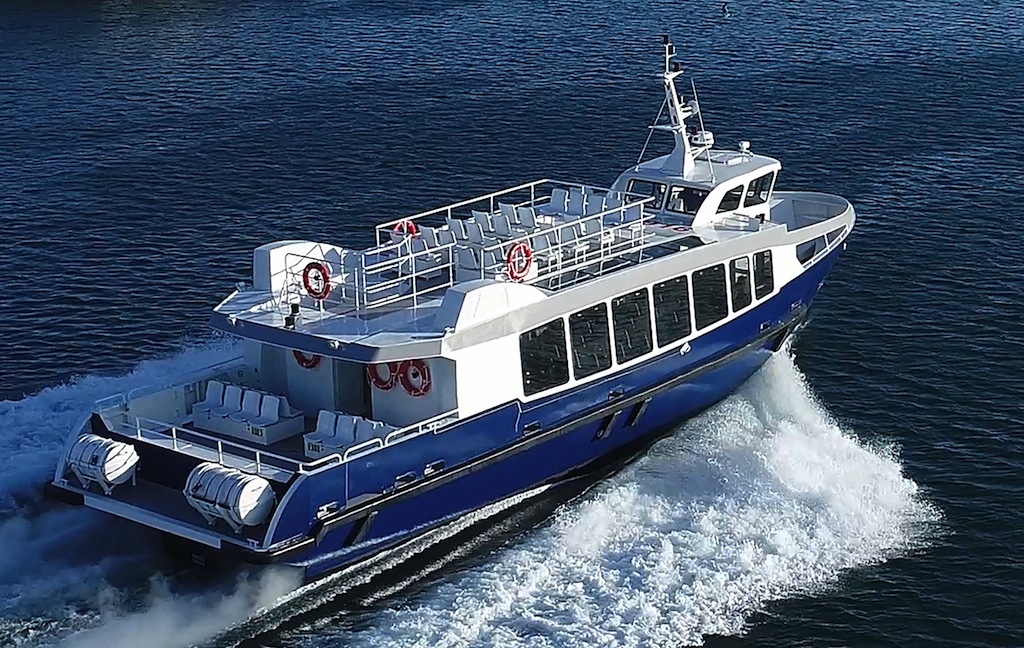