Written by Baird Maritime on December 7, 2018. Posted in Ships (Naval). 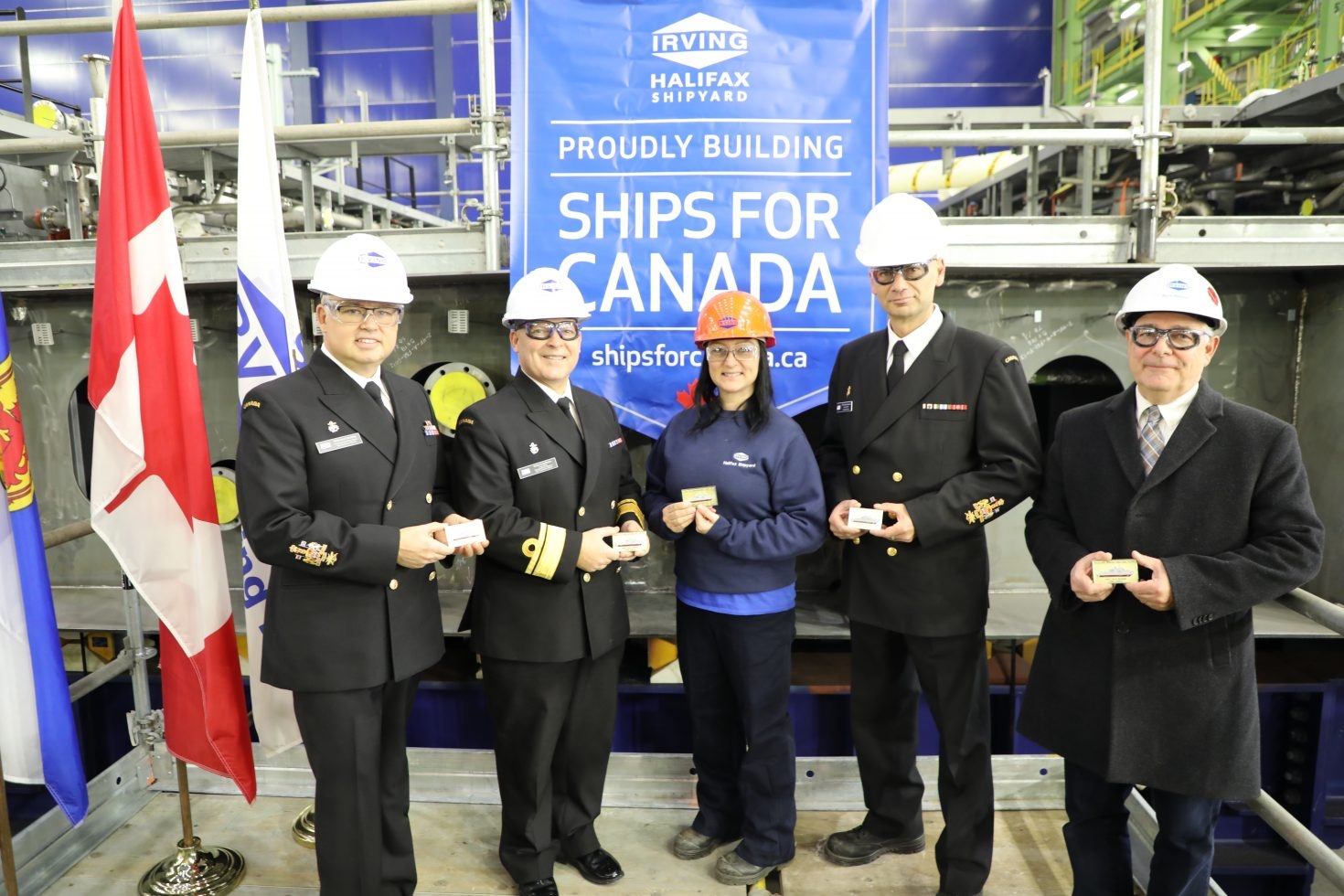 Irving Shipbuilding held a keel-laying ceremony at its Halifax Shipyard for the future HMCS Max Bernays on Wednesday, December 5.

The 103-metre vessel is the third Harry DeWolf­-class Arctic Offshore and Patrol Ship (AOPS) being built for the Royal Canadian Navy.

The future Max Bernays will be the first AOPS to be assigned to Maritime Forces Pacific.