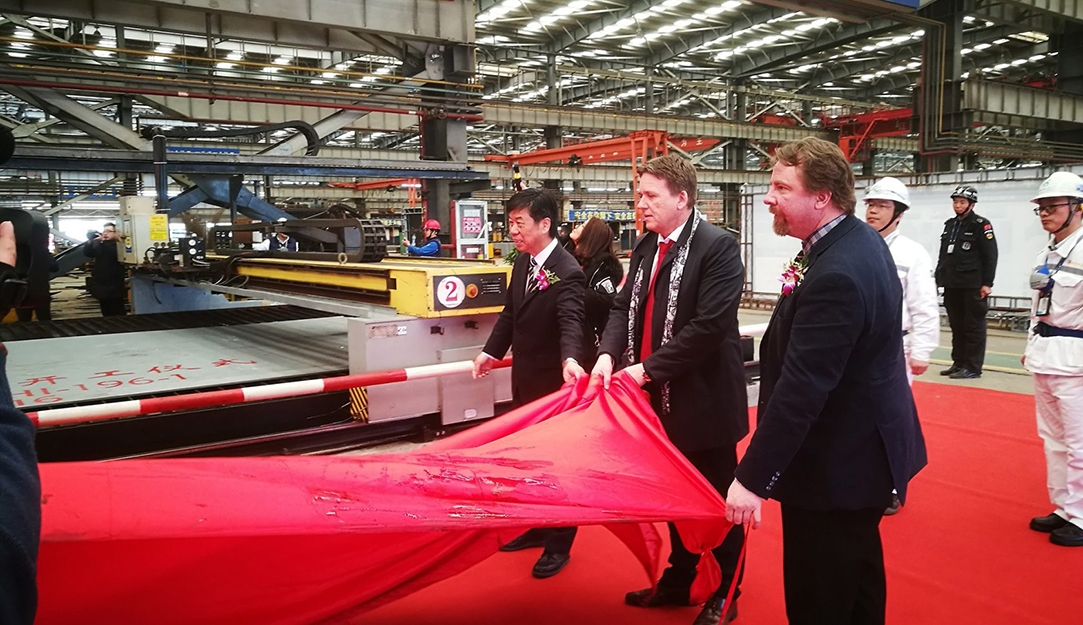 China Merchants Heavy Industry (CMHI) has conducted a steel-cutting ceremony at Haimen for the first of 10 expedition vessels ordered by Miami-based SunStone Ships.

The hull will be built in accordance with polar class PC6 and complies with the notation Safe Return to Port and Virtual Anchorage.

The first ship, which will be operated by Aurora Expeditions and named Greg Mortimer, will have the capacity to accommodate 255 people.

The ice class 1A vessels will be 104 metres by 18.4 metres and feature up to 95 passenger cabins.