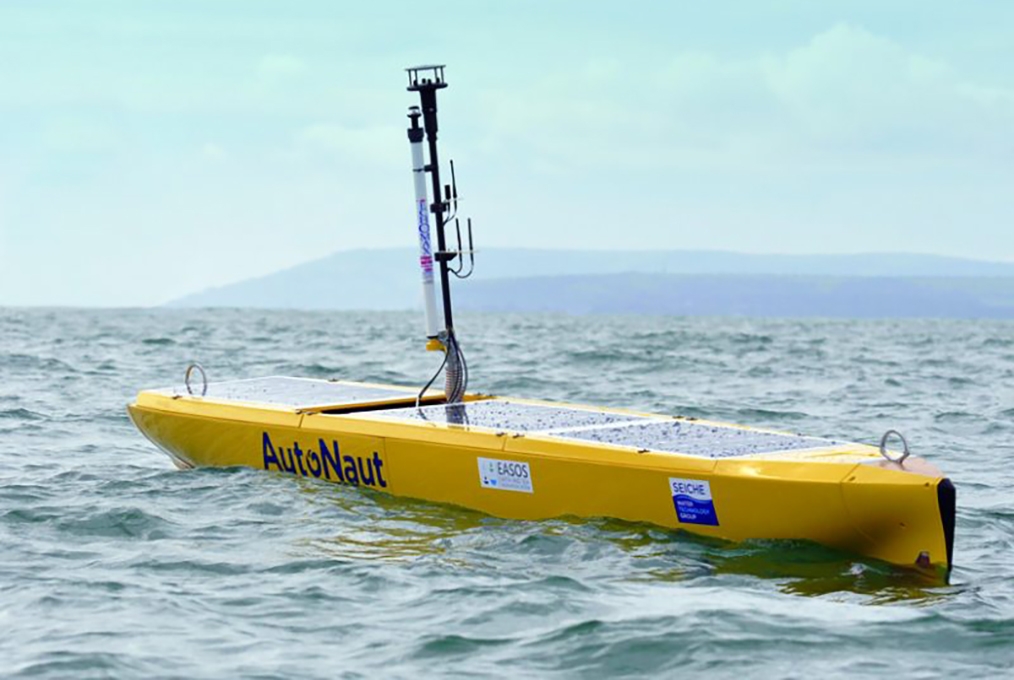 Technical Manager Pete Bromley said the latest wave-foil technology enabled speeds of one to three knots to be maintained, with no need for fuel, for long endurance missions.

The vessel has also been ruggedised, with improvements in the deployment system for launch and recovery from a ship or direct from a slipway.

An enhanced rudder system makes the USV able to keep station within a 25-metre radius.

There is also additional space and power for multiple sensors, such as MetOcean telematics and acoustic doppler current profiler (ADCP).

It can also be used for passive acoustic monitoring, surveillance and as a communications gateway.