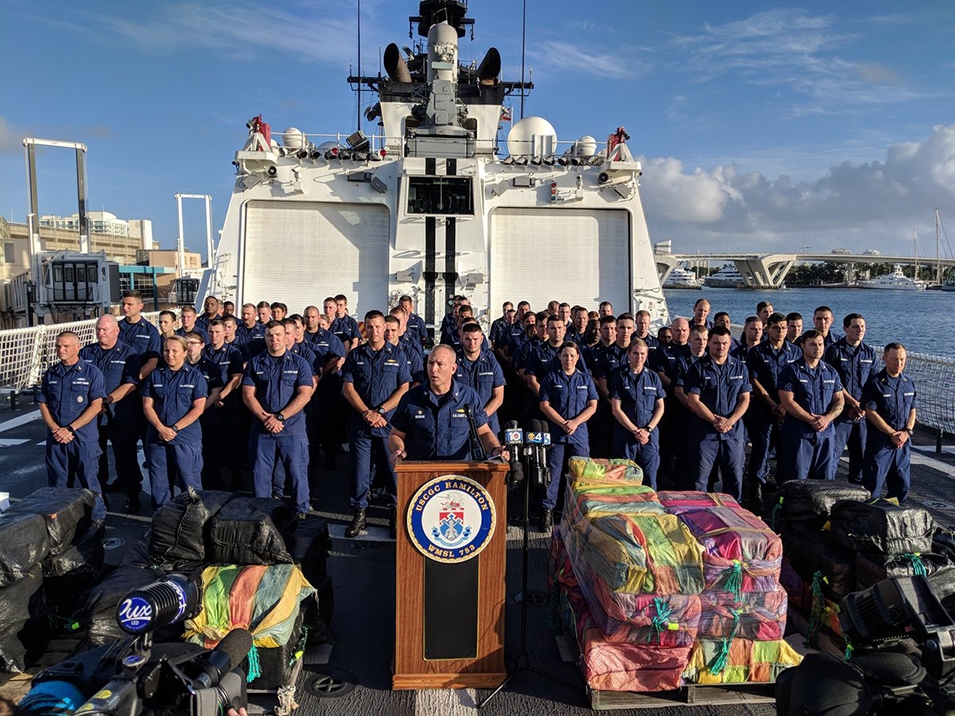 The US Coast Guard Cutter Hamilton has offloaded seven tonnes of cocaine worth an estimated US$190 million at Port Everglades, Florida.

The drugs were interdicted in seven separate seizures off the coasts of Mexico, Central and South America.

During at-sea interdictions in international waters, a suspect vessel is initially located and tracked by allied, military or law enforcement personnel. The interdictions, including the actual boarding, are led and conducted by US Coast Guardsmen.

The law enforcement phase of counter-smuggling operations in the Eastern Pacific are conducted under the authority of the Coast Guard 11th District headquartered in Alameda, California.