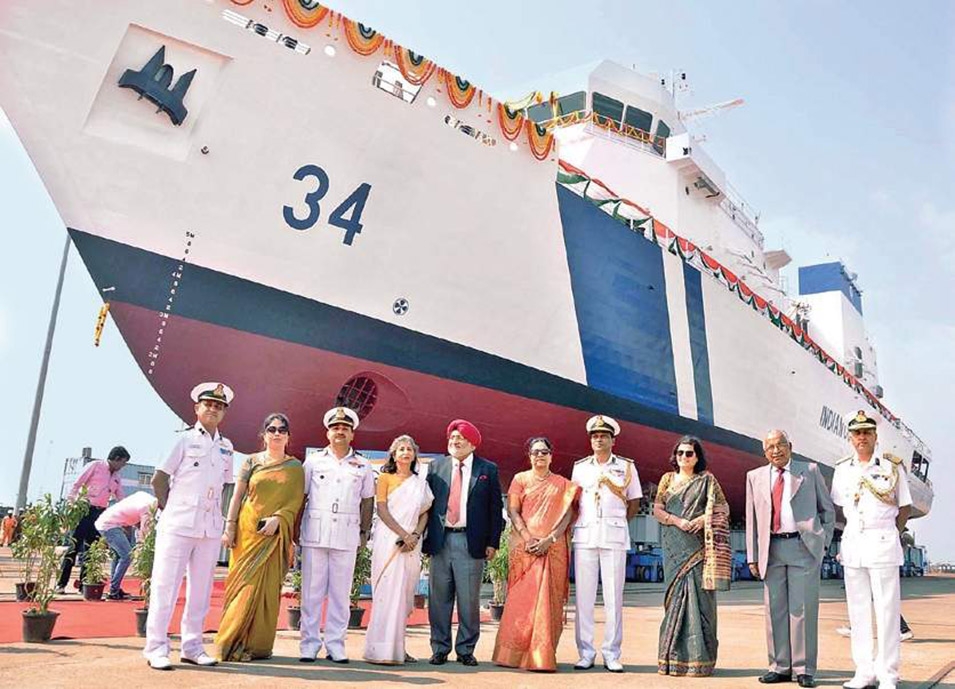 Indian shipbuilder Larsen and Toubro has launched a second offshore patrol vessel (OPV) for the Indian Coast Guard at its Kattupalli shipyard near Chennai.

The 97-metre CGS Vijaya is the second in a series of seven OPVs to be built for the coast guard under a contract signed in March 2015.

The lead vessel Vikram was launched in October and is undergoing trials.

They will be manned by 102 crew, including 14 officers.

Vijaya will be used for day and night patrol and surveillance, anti-terrorist, anti-smuggling operations and coastal security.