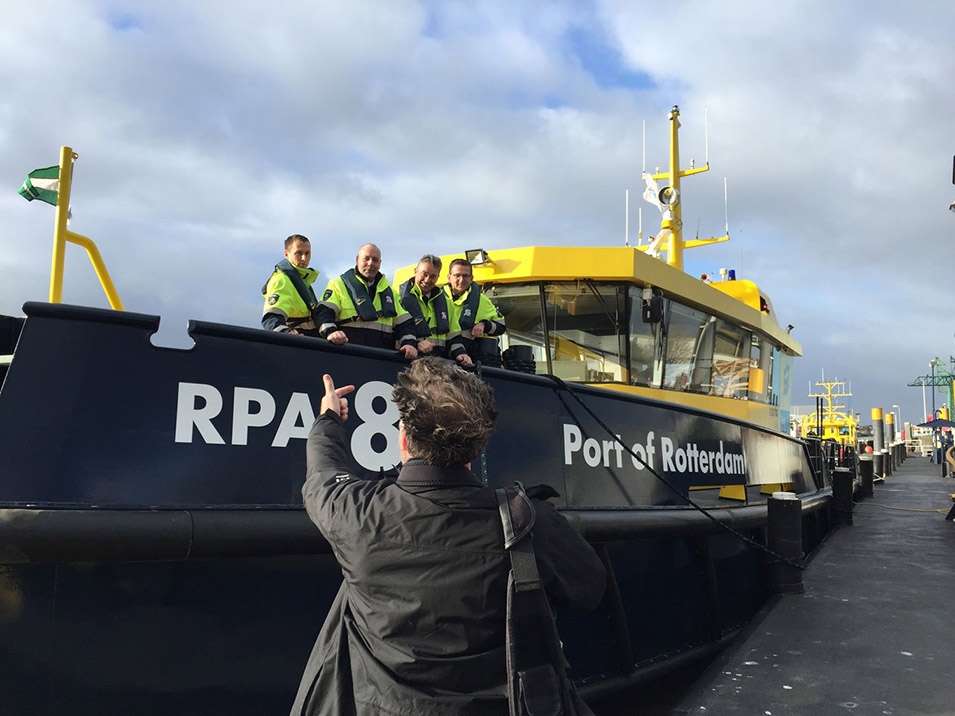 A new hybrid patrol vessel has been put into operation by the Port of Rotterdam Authority.

The Netherlands port’s first new vessel since 2010, the 25-metre vessel RPA 8 built by the Kooiman Group at Zwijndrecht can run on diesel and diesel-electric.

Harbour Master René de Vries said the newbuild would assist in the arrival and departure of about 30,000 sea-going vessels and 110,000 inland vessels annually at the port. It replaces the RPA 3.

Chosen for its low fuel consumption, the aluminium-hulled RPA 8 has a special wing profile underwater that results in reduced vessel wake and reduced emissions.

Featuring a fast displacement hull form (FDHF) designed by Van Oossanen Naval Architecture, the vessel has 736kW of power, a cruising speed of 10.7 knots and top speed of 16 knots.

The harbour master’s duties are carried out on three consoles at the rear of the bridge and below deck.