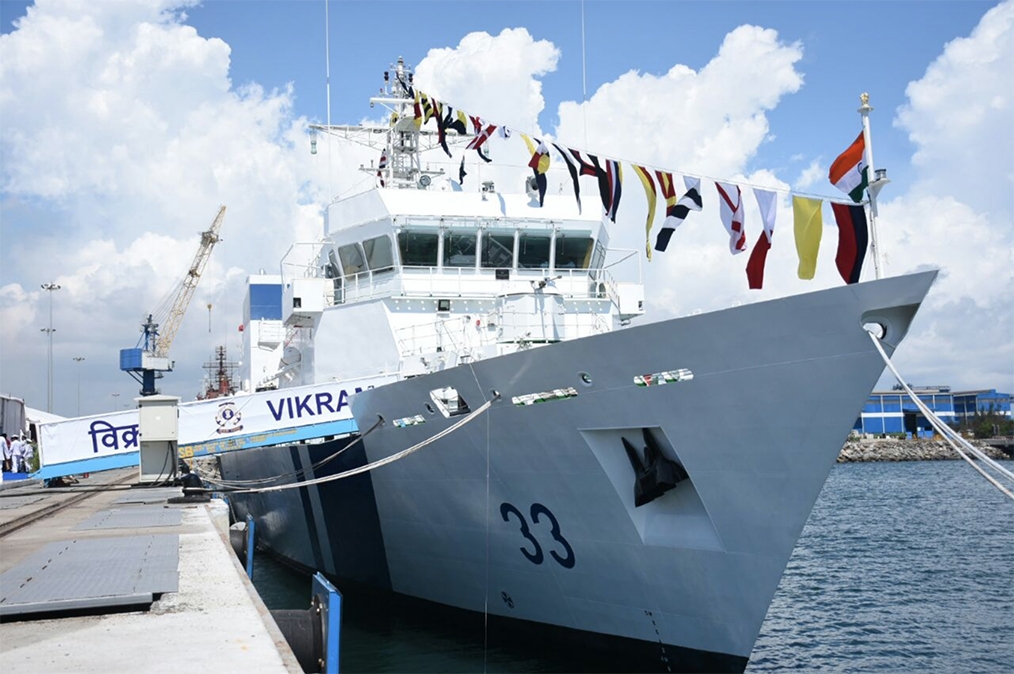 The Indian Coast Guard has commissioned the first in the series of 98-metre offshore patrol vessels (OPV) at Chennai.

Vikram will be based at New Mangalore and will join the Western Region Fleet soon.

The first of seven OPVS being built at Larsen and Toubro Shipyard at Katupalli, Vikram took just 25 months to construct from keel-laying to completion.