Written by Baird Maritime on May 31, 2019. Posted in Non-Naval (Maritime Security). 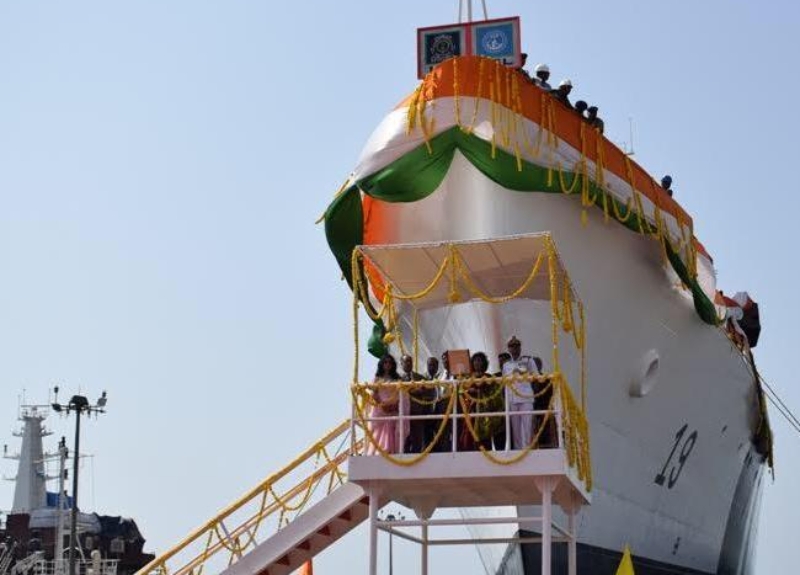 Like its sisters, Sujeet will have two MTU 20V8000M71L engines delivering a speed of 23 knots, a crew of 126, a 30-millimetre autocannon, two 12.7-millimetre machine guns, and a helicopter deck.