Written by on September 19, 2017. Posted in Non-Naval (Maritime Security). 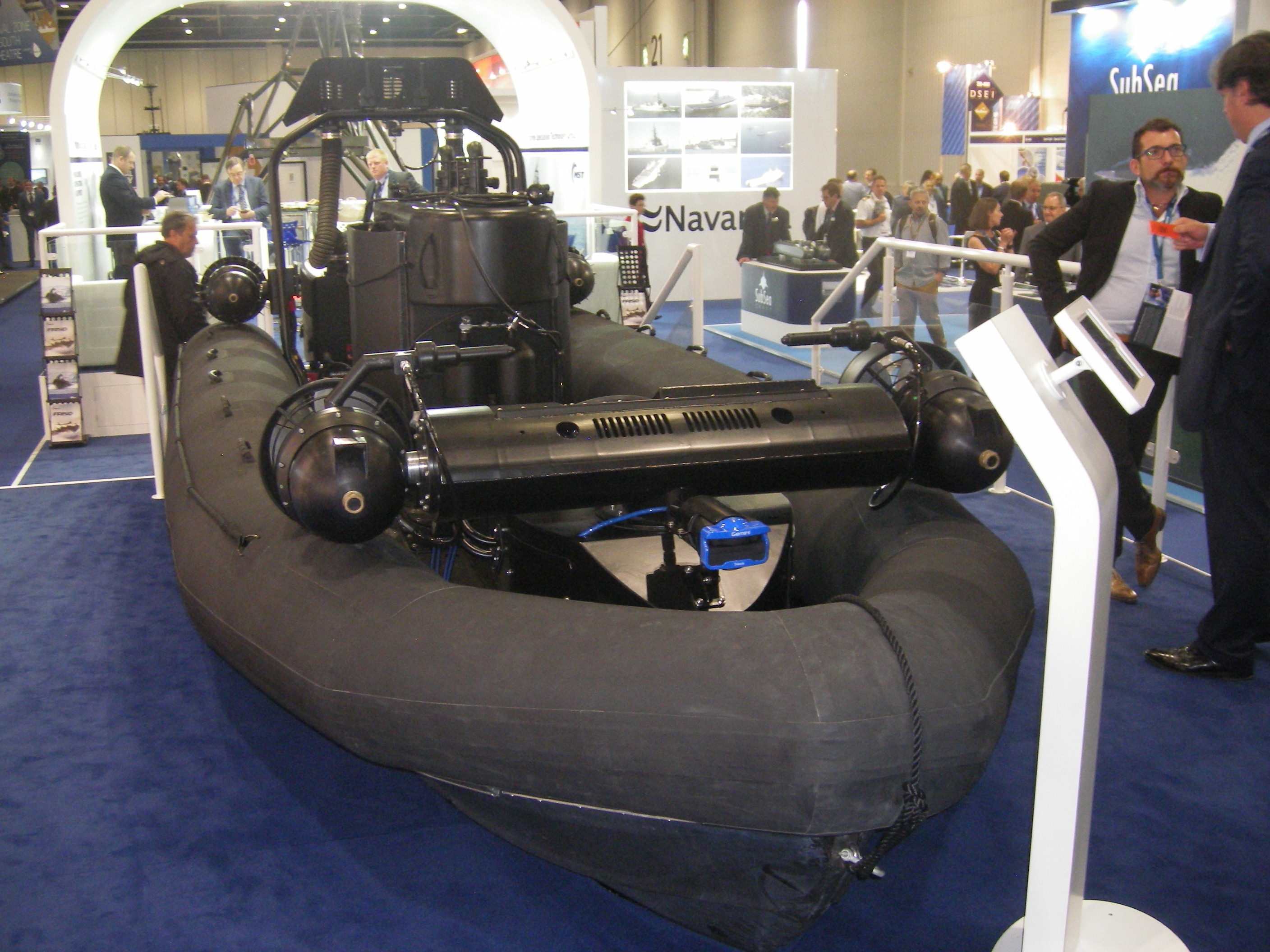 One of the most effective, and versatile, discreet maritime systems available to special forces (SF) is the wet submersible watercraft. Such craft offer, at modest cost, an easily transportable, low-observability platform for surveillance, attack and force protection missions.

A major player in this market is Marine Specialised Technology (MST) of UK, with their Subskimmer 680. MST told BairdMaritime.com that it has already sold around 50 of these craft worldwide, with customer confidentiality being so important that the product has remained, until now, largely unpublicised. At the recent Defence and Security Equipment International exhibition in London, though, the company finally allowed this specialist craft to be viewed in a public arena – although the customer list remains unavailable.

The 6.8-metre vessel, customised in accordance with the requirements of individual customers, is powered by twin diesel outboards, linked to snorting equipment, enabling submerged operation. Of composite hull construction, with a sectional hybrid, foam protected, collar, the Subskimmer 680 has a top speed of 30 knots. A maximum of six crew members can be embarked.

Electronic aids to navigation, and surveillance, including compact, forward-looking sonar, and electro-optical devices, can be fitted.

A typical mission profile for Subskimmer 680 would involve a rapid surface transit towards the target area, followed by adjustment of buoyancy, by means of expelling air from the collar, enabling a low visual, and radar, profile at snorting depth, while continuing to move fast.

Final approach would be made, after further buoyancy adjustment, fully submerged, (usually at a considerably shallower depth than the maximum possible operating level of 50 metres), using electrically-driven screws, mounted port and starboard, fore and aft, at a speed of three to four knots.

With the increasing emphasis which is being put these days on maritime SF operations, MST is confident of capitalising still further on the high level of market penetration so far achieved by Subskimmer 680.