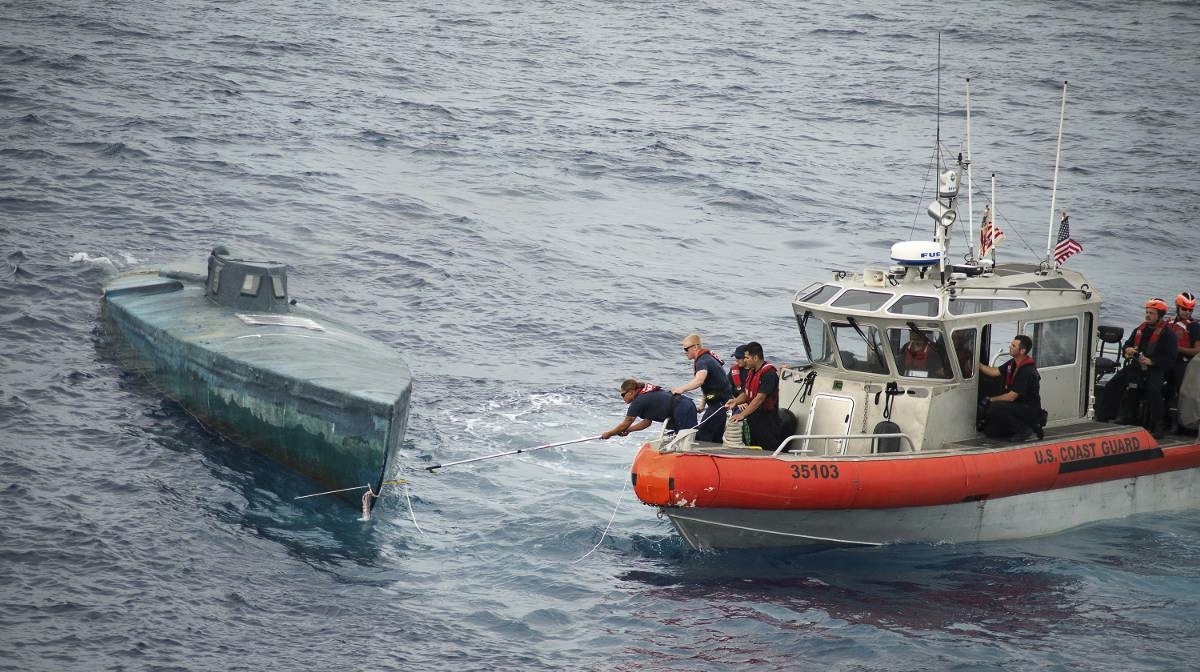 The United States Coast Guard has interdicted seven low-profile drug smuggling vessels since June 2017 resulting in the seizure of more than 10 tonnes of cocaine worth over US$306 million.

Low-profile vessels are specifically designed for smuggling illicit cargo such as drugs, weapons and cash. These smuggling vessels ride low in the water to reduce their radar signature, have multiple outboard motors to allow them to travel at high speeds and are painted to blend with the water to avoid detection from military and law enforcement authorities operating in the region.

“Every successful interagency interdiction, investigation and prosecution is a counter-attack against the criminal networks who flood our borders with drugs every day,” said Vice Admiral Fred Midgette, commander, Coast Guard Pacific Area. “The information gleaned from these Coast Guard interdictions provides insight into the pathways of illicit trafficking and contribute to the arrest and extradition of high-level drug cartel kingpins and follow on interdictions.”

A low-profile vessel is capable of carrying large quantities of illicit cargo in its elongated bow. Coast Guardsmen from cutter Steadfast from Astoria interdicted a suspected low-profile drug smuggling vessel in driving rain several hundred miles off the Central American coast on August 14. The Coast Guardsmen seized nearly three tonnes of cocaine from the vessel and apprehended four suspected smugglers.

“Illicit drug networks are dangerous breeding grounds for all types of illegal trafficking. The immense profits generated by these activities fuel violence and instability throughout the entire region,” said Rear Admiral Todd Sokalzuk, commander, Coast Guard District 11. “These interagency interdictions, along with the valiant efforts of many nations in Central and South America, are critical to keeping pressure on these networks and developing the information and means to ultimately dismantle them.”

The last low-profile vessel interdiction prior to fiscal year 2017 was by Seneca from Boston on May 26, 2016.

An increased presence of US and allied forces in the Eastern Pacific Ocean coupled with increased coca production in South America has led to a significant increase in narcotics removal in the drug transit zones off South and Central America. Last fiscal year, the US Coast Guard set the US record for most drugs ever seized after stopping more than 200 tonnes of cocaine from reaching the US worth US$5.9 billion. The coast guard is on track for another historic fiscal year in 2017.