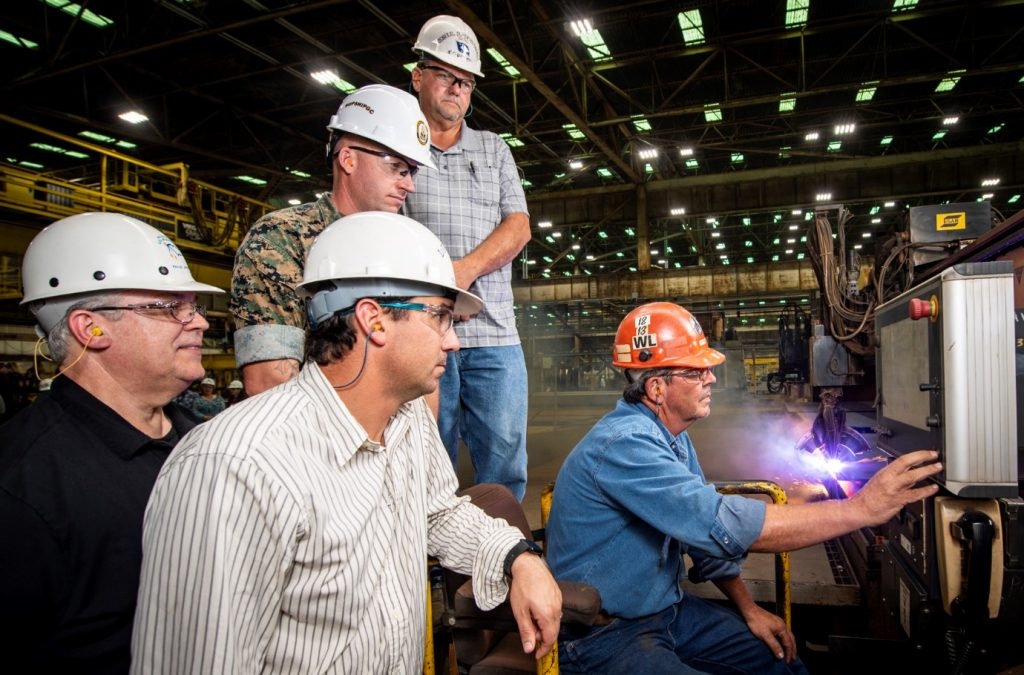 Bougainville is the sixteenth large-deck amphibious ship to be built by HII.

It will retain the aviation capability of the America­­-class design while adding the surface assault capability of a well deck. The well deck will give the US Marine Corps the ability to house and launch two landing craft air cushion (LCAC) hovercraft or one landing craft utility (LCU) as needed during their maritime missions.

Other additions to Bougainville include a larger flight deck configured for F-35 Lightning II strike fighters and V-22 Osprey tilt-rotor aircraft, which can be used for surface and aviation assaults. The additional area on the flight deck comes in part from a smaller deck house and an additional sponson.

LHA 8 will be the second US Navy vessel to bear the name Bougainville. The name commemorates the Bougainville Campaign that took place during World War II. During the campaign, which lasted from 1943 to 1944, Allied forces secured a strategic airfield from Japan in the northern Solomon Islands, helping the allies break the Japanese stronghold in the South Pacific.