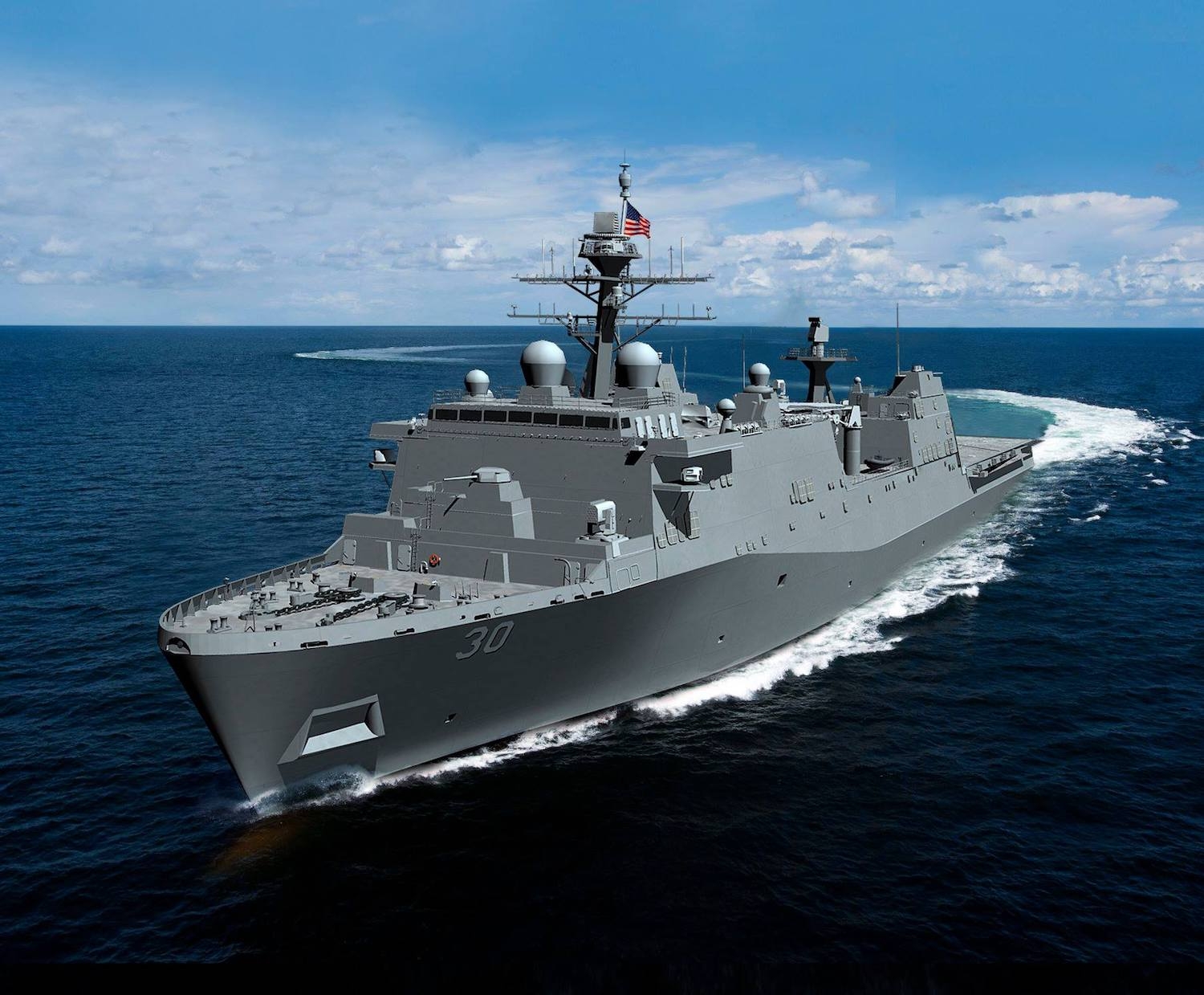 The funds from this contract will be used to purchase long-lead-time material and major equipment, including main engines, diesel generators, deck equipment, shafting, propellers, valves and other systems.

Ingalls has a vendor base of 400 companies in 30 states that will be involved in the LPD Flight II program.

Ingalls has delivered 11 San Antonio-class ships to the Navy and has two more ships under construction. The keel for Fort Lauderdale was laid last October, and fabrication has begun on the 13th ship in the class, Richard M. McCool Jr.. Start of fabrication on the new ship is scheduled for 2020.

The Navy’s requirement to replace the retiring LSD 41/49 class of amphibious ships will be met by developing and acquiring the second flight of the current LPD 17 class, beginning with the new ship.

The additional capabilities of LPD Flight II will support new and emerging U.S. Marine Corps and Navy requirements such as the Ship-to-Shore Connector, CH-53K helicopter and improved troop armory/weapons stowage.

The ships support a Marine Air Ground Task Force across the spectrum of operations, conducting amphibious and expeditionary missions of sea control and power projection to humanitarian assistance and disaster relief missions throughout the first half of the 21st century.