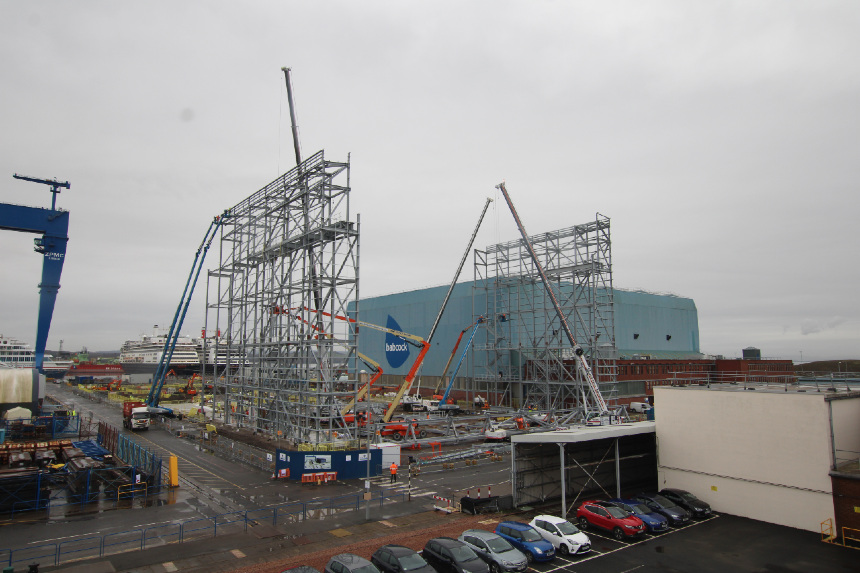 Construction has begun on a new facility that will be used in the assembly of the Royal Navy’s Type 31 frigates.

Standing 147 metres tall upon completion, the hall at the Royal Navy dockyard in Rosyth will include 30-metre-high doors and will be able to accommodate two of the 138.7-metre vessels being assembled at the same time side by side.

The work is being undertaken by Robertson Construction under a £31.5 million (US$42.5 million) contract awarded by defence firm Babcock. Assembly of the first five Type 31 frigates will commence at the new facility in 2021.