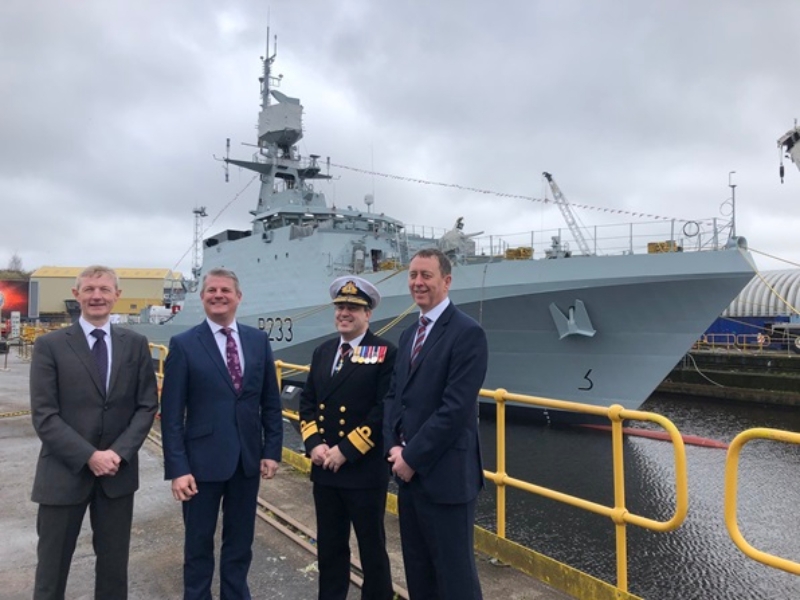 The Royal Navy has officially named its newest River-class offshore patrol vessel (OPV) prior to its initial sea trials.

The 90-metre warship has been christened HMS Tamar, making it the sixth Royal Navy vessel to be named after the River Tamar in the South West of England.

The vessel is one of five OPVs being built for the Royal Navy under a £635 million (US$830 million) contract with BAE Systems.