Written by Trevor Hollingsbee on April 1, 2019. Posted in Ships (Naval).

Since its creation in 1947, the Pakistan Navy (PN) has sourced its warships from a number of countries, including the USA, UK, France and China. Long-standing duties of the PN include the protection of the nation’s sea lines of communication, securing Pakistan’s coastal areas against terrorist incursions, and participation in multi-national maritime security operations.

Tension between India and Pakistan is a seemingly intractable problem, which has seen an extra task of great importance being allocated to the PN, namely the maintenance of second-strike strategic capability by means of submarine-launched, nuclear-tipped, land-attack missiles (LAM).This task has been afforded particular priority since the Indian Navy instituted, in 2018, deterrent patrols by its LAM-equipped nuclear-powered submarine Arihant.

Recent years have seen Islamabad, anxious to reduce India’s naval superiority in the region, relying increasingly upon the Chinese for the supply of major units, some built in China, others constructed under licence in Pakistan.

2011 saw the commissioning of Azmat, the first of four fast attack craft. This vessel was built by CSSC in China, to a design based on the PLA Navy’s Houjian class, and has a displacement of 570- tonnes, and a maximum speed of 30 knots. Main armament is eight C-802 anti-shipping cruise missiles (ASCM), mounted in canisters. A further two of the class were subsequently constructed under licence by KSEW in Karachi, and a fourth Pakistan-built vessel is due to be commissioned in the near future. 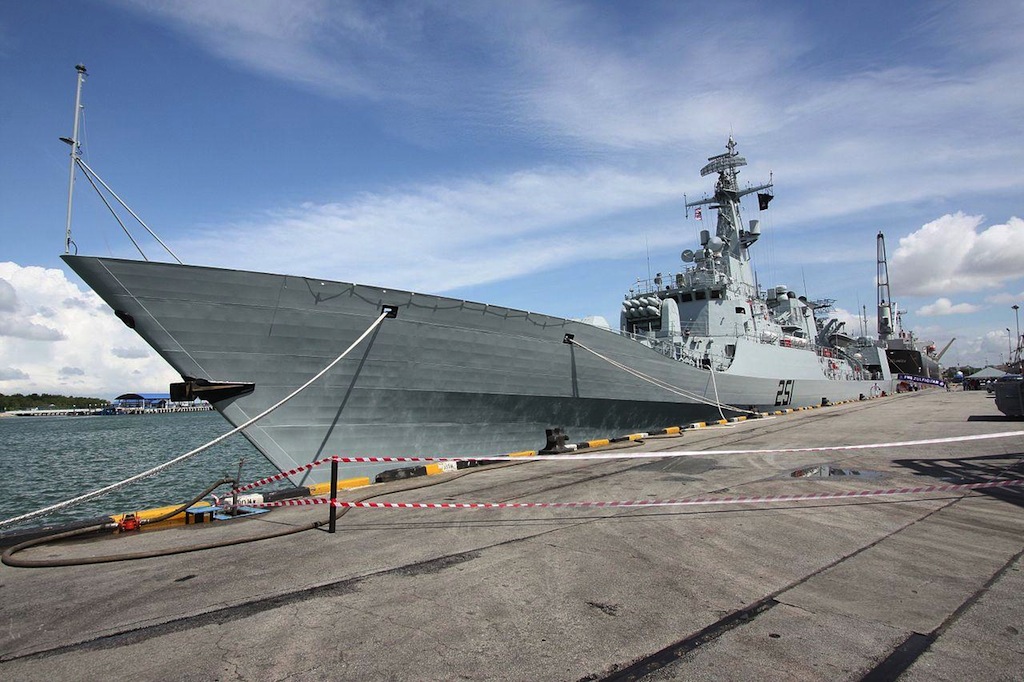 Zulfiqar, the first of four frigates, based on the PLA Navy’s Type 053H3, and built by Hudong Zhonghua Shipyard in China, entered PN service in 2009. This 3,144-tonne warship represented a major advance on the PN’s existing inventory of second-hand US and British frigates.

The frigates are fitted with long-range sensors, including air and surface surveillance and tracking radars and sonars, in addition to advanced electronic warfare and command and control systems.

There is a flight deck and hangar for a Harbin Z-9EC anti-submarine helicopter, which is also capable of providing over-the-horizon targeting for ASCMs.

Two more examples were constructed in China, and a fourth, Aslat was built under licence by KSEW in Karachi, and commissioned in 2013.

Now on order for the PN is a quartet of Type 054A frigates, destined to further enhance PN surface warfare capabilities. All are being constructed in China, with the first two known to be already in build at the Hudong Zhonghua Shipyard. All these 4,053-tonnes, 27-knot, warships are due to be in service by 2021.

The armament fit of the PN Type 054As is not yet clear, but it is likely to include export-specification variants of weapons fitted to PLA Navy ships of the class, including a 76mm gun, HQ-16 vertically-launched air defence missiles, C-803 ASCMs and Yu-8 anti-submarine missiles.

Advanced air, surface and sub-surface sensors will be fitted, and there will be a flight deck and hangar for a helicopter

Another, little-publicised, but important, surface ship in build for the PN in China, is a 3,000-tonnes, 81-metre survey vessel, recently launched by Dajin Heavy Industry. Accurate delineation of maritime boundaries is very important to Islamabad, and some analysts believe that the new ship, due to be commissioned this year, will also have sub-surface tracking and intelligence gathering capabilities. 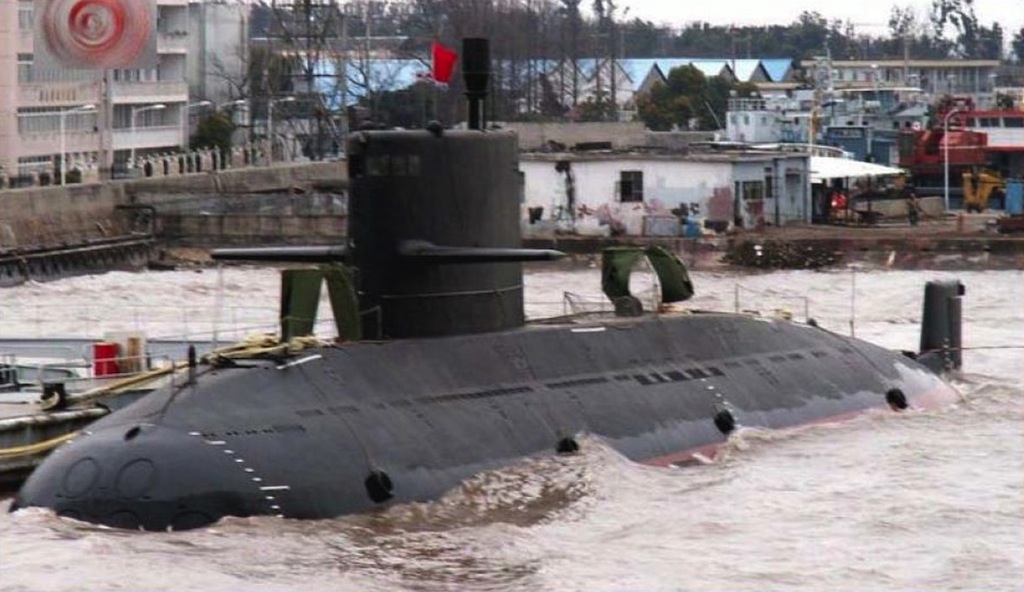 With a particular eye on India’s 16-strong, and rising, submarine inventory, Pakistan is focused on boosting its own undersea warfare capabilities. Following several years of rumour and speculation, in 2016 an agreement was signed with CSTC of China to build eight Hangor-class diesel-electric attack submarines for the PN.

The design of the subs will be based upon that of the PLA Navy’s Yuan class. The build will be split between yards in China and Pakistan, with four being built in each yard. The intention is for the Chinese and Pakistani building programmes to run concurrently, with delivery of the eight boats to be completed by 2028.

The detailed specifications of the Hangor boats remain unconfirmed, but according to regional reports they are likely to have a length of 66 metres, and a submerged displacement of 2,300 tonnes. Maximum speed will be 18 knots, with a range of 8,000 nautical miles at 16 knots. Endurance will be 60 days.

The main roles of the new submarines will be anti-shipping, and second strike against land targets. Armament fit will likely include six torpedo tubes, Chinese -supplied ASCMs, and indigenous Babur III LAMs.

Meanwhile, persistent rumours that the Chinese are also working on a nuclear-powered submarine for the PN remain unconfirmed.

It seems certain, though, that China, locked in regional rivalry with India, and abiding by the doctrine of “my enemy’s enemy is my friend”, is set to further boost Pakistan’s naval capabilities.