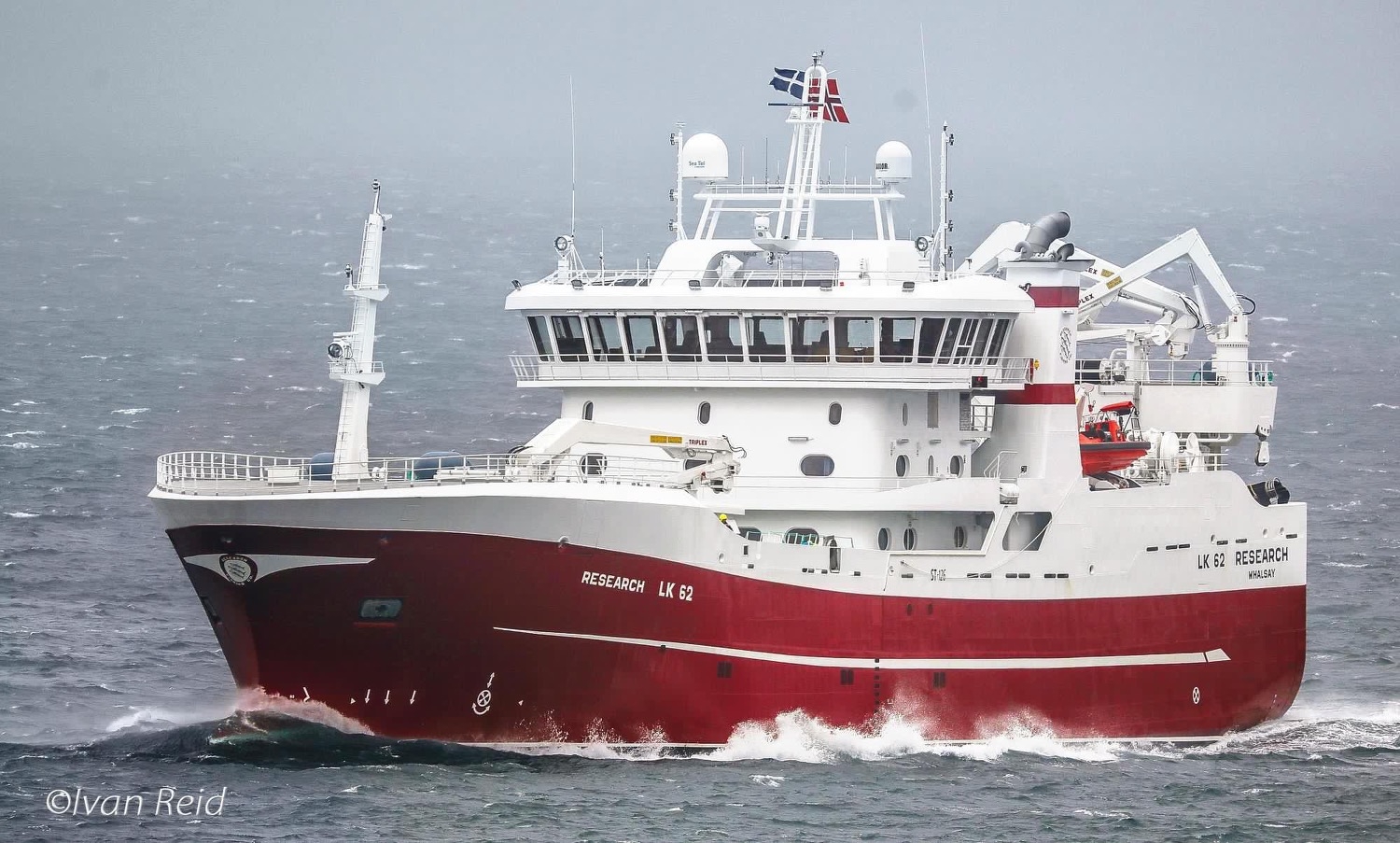 Shetland’s Research Fishing Company has taken delivery an 80- by 16.2-metre pelagic trawler built by Aker Langsten to a Skipsteknisk design.

The vessel will operate in the pelagic sector in the North Sea and North Atlantic Ocean, mainly fishing for mackerel, herring and blue whiting. The company has a fairly good quota of mackerel, but is able to catch this in a more reasonable time with the new trawler. 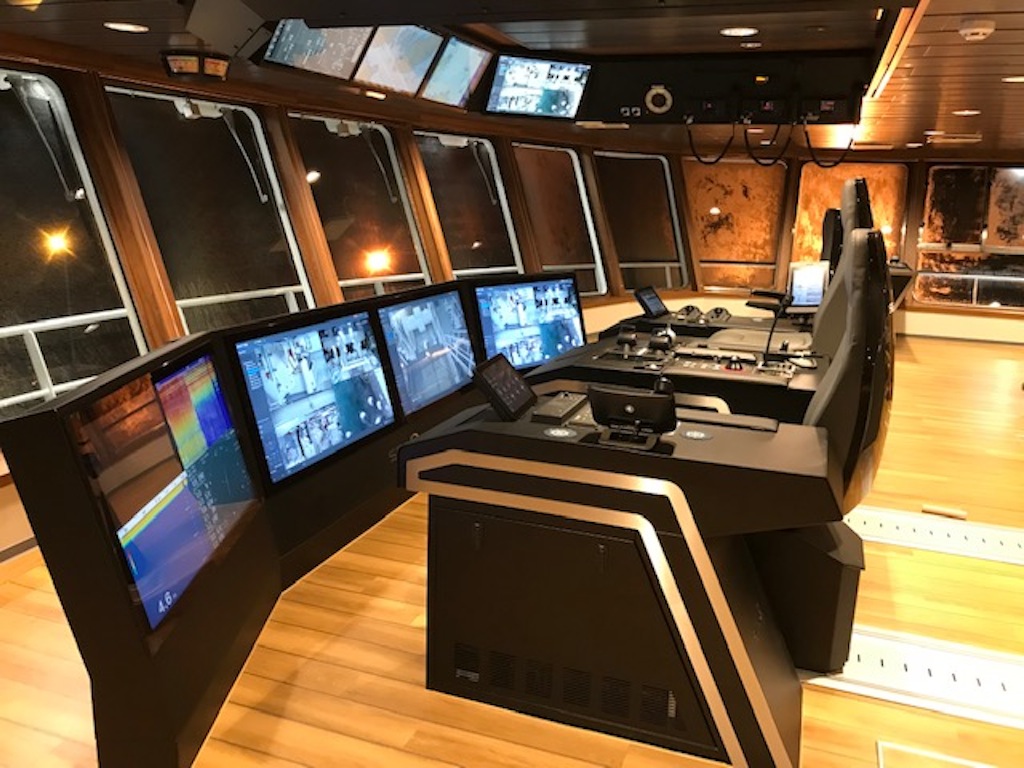 The owners requested a modern and efficient vessel, built for future demand. According to the designer, they were presented with the newest technology in regards to engines and fuel consumption, the latest lay-out and design for the bridge instrumentation and consoles, but there was also a lot of effort put into the fish handling system onboard.

The new Research is the first pelagic trawler with an all-electric winch system, including the electric fish pump. The vessel is arranged for pumping from the stern, and to avoid a rotating propeller it can use the combined retractable azimuth thruster forward while pumping.

The vessel is arranged with stern pumping on the port side aft. The fish pump is connected to the cod end and stainless steel piping in a straight line on the port side forward to the strainer case with distribution to all RSW-tanks.

She features a vacuum pump discharge system with two vacuum tanks and four vacuum compressors. The system is arranged with a stainless steel, heavy duty piping system from each RSW-tank onto the landing station. 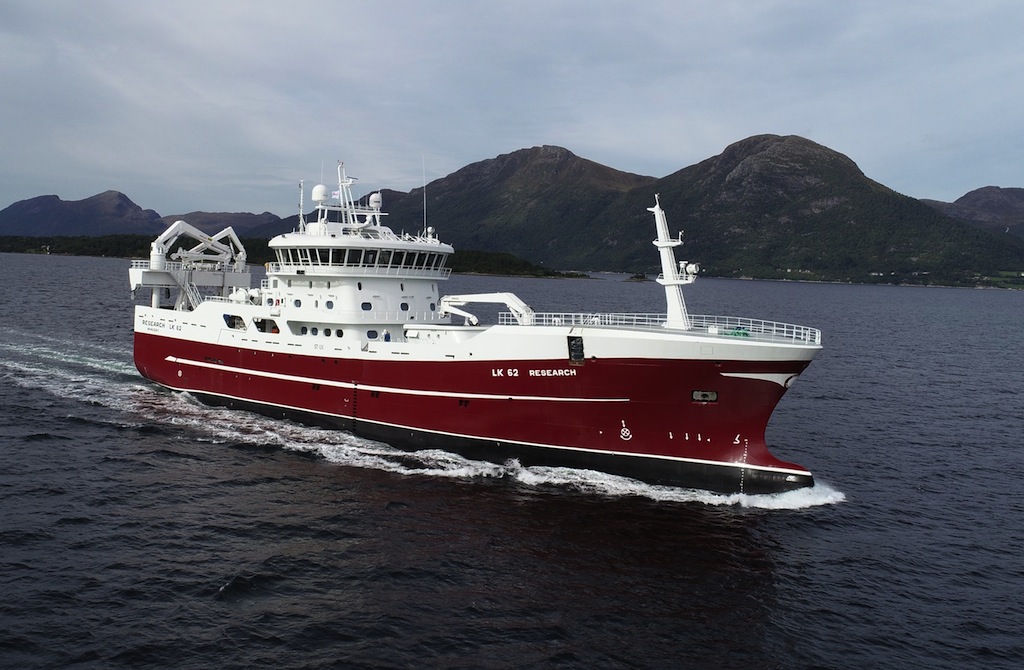 Research Fishing Company also decided to install the new 31-bore common rail engine from Wärtsilä, and decided to go for the 12V31 at 7,320 kW, the largest so far.

For the RSW-plant the company decided to go for three units instead of the usual two. The RSW piping was designed for the best possible circulation in the tanks to keep the quality of the fish as high as possible. The piping was installed as flexibly as possible to have redundancy if any failure occurs.

The seakeeping characteristics of the vessel are extremely good due to the balance in, and the shape of, the hull. At the same time the speed of the vessel is fairly good, achieving 17.9 knots during sea trials. 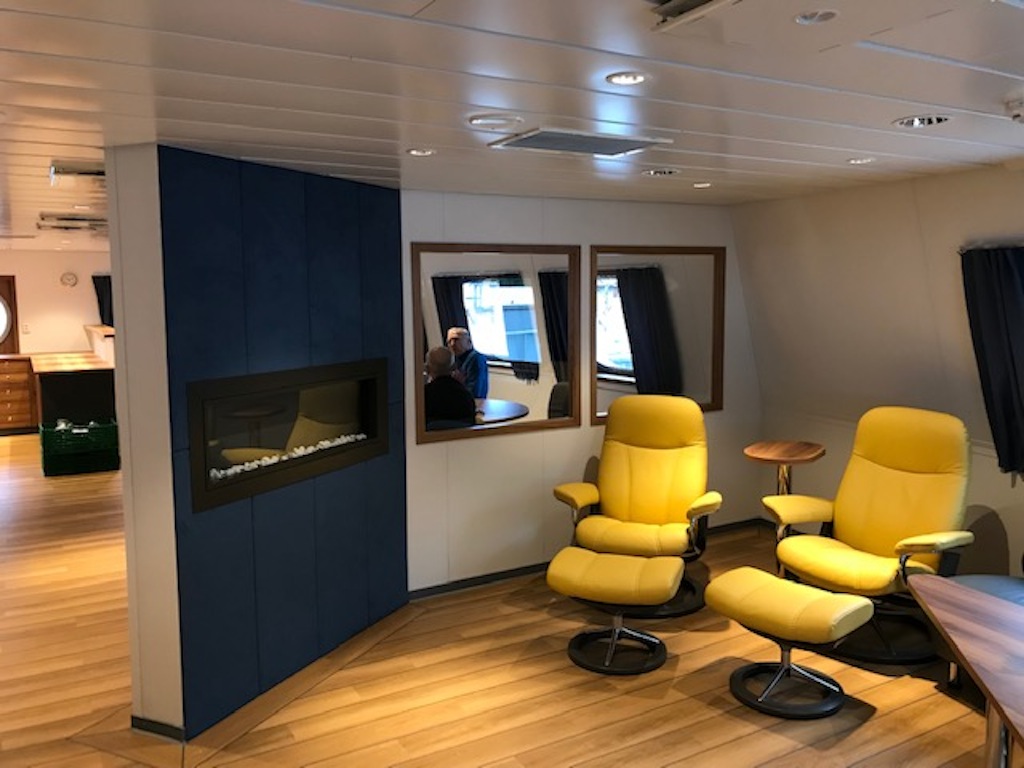 The main engine features floating frequency (50 Hz to 60 Hz), and is connected to a one-step, single in/single out reduction gearbox with 3,400 kW PTO. The gearbox is connected to a controllable-pitch propeller with a diameter of 4.3 metres.

Research is equipped with a combined retractable azimuth thruster forward. It functions as an ordinary bow thruster while in the upper position. The vessel’s speed running on this thruster alone during sea trials was approximately six knots. 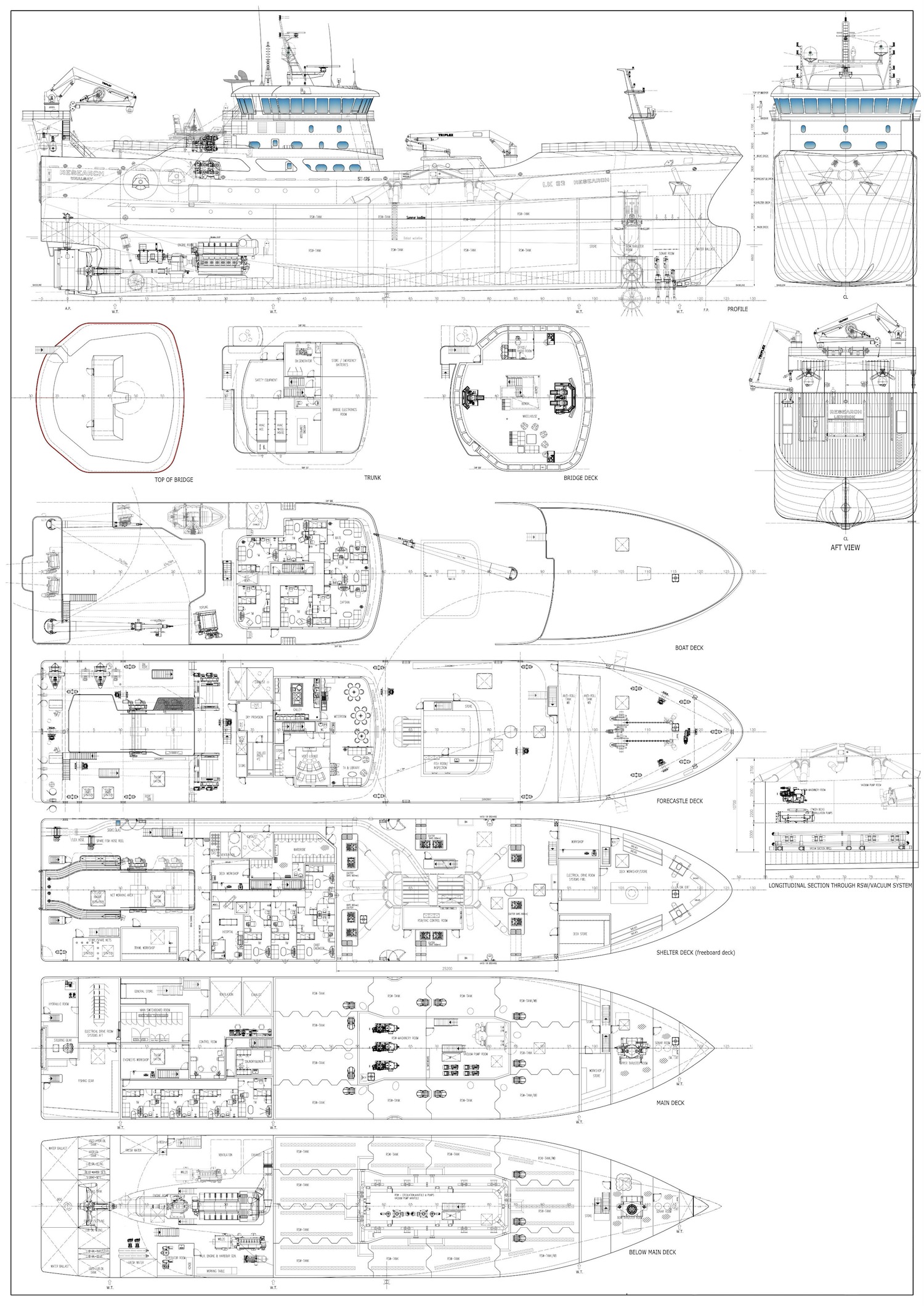